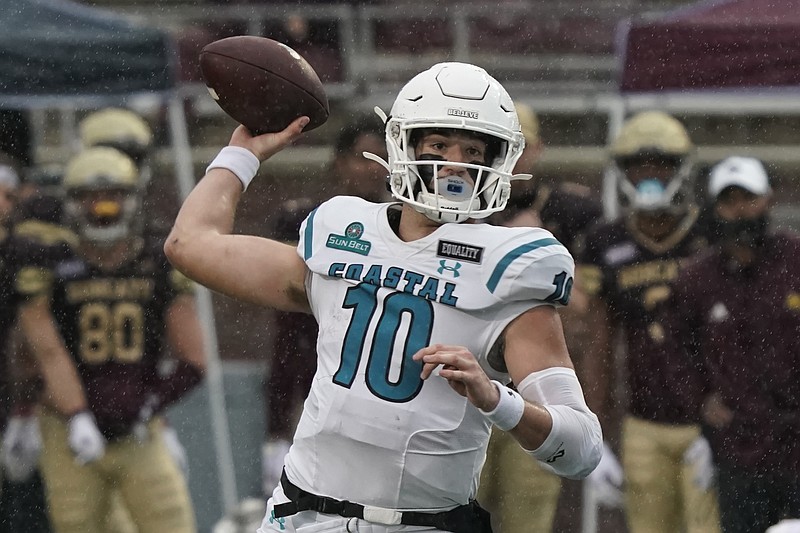 Word came to Coastal Carolina on Wednesday that the most significant home game in the history of the program was in serious jeopardy.

The 14th-ranked Chanticleers were scheduled to face No. 25 Liberty on Saturday in an unexpected Top-25 matchup that persuaded ESPN to send "College GameDay" to Conway, S.C., for the first time.

But covid-19 had crept into the Liberty program. Coastal Carolina needed a Plan B -- as in BYU. Coach Kalani Sitake's eighth-ranked Cougars have been primed to pounce on short notice if the opportunity arose to bolster their chances to reach a major bowl.

"Last week I said: 'Kalani, it's kind of like when there's a married couple about ready to have a baby and you have your bag packs by the door, that's how it's going to be maybe,'" BYU Athletic Director Tom Holmoe said. "You might have to pick up your bag and go."

With ESPN and the Sun Belt Conference's assistance, Coastal Carolina and BYU finalized a deal Thursday morning to play a football game about 56 hours later.

The upstart Chanticleers (9-0) and barnstorming Cougars (9-0) meet Saturday in maybe the most intriguing game of the college football weekend, one that could position the winner for a multimillion-dollar postseason payday.

Coastal Carolina Athletic Director Matt Hogue said Liberty officials reached out Wednesday to say the Flames might not be able to play. Holmoe said a friend reached out the same day to tell him to keep an eye on the Liberty situation.

Kurt Dargis, director of college football for ESPN, said he got a call from Sun Belt Conference officials Wednesday afternoon informing him of the potential problem with what the network had turned into a showcase game.

ESPN owns the television rights for both the Sun Belt and BYU, and has been helping the independent Cougars rebuild a schedule that fell apart when Power Five conferences decided to play mostly league games during the pandemic.

Dargis called Holmoe and asked if BYU was interested. Holmoe said he needed to run it by Sitake, but it only took the AD about 45 minutes to get back with the news: If Liberty could not play, BYU would.

"It was really a whirlwind and went very quickly," Dargis said. 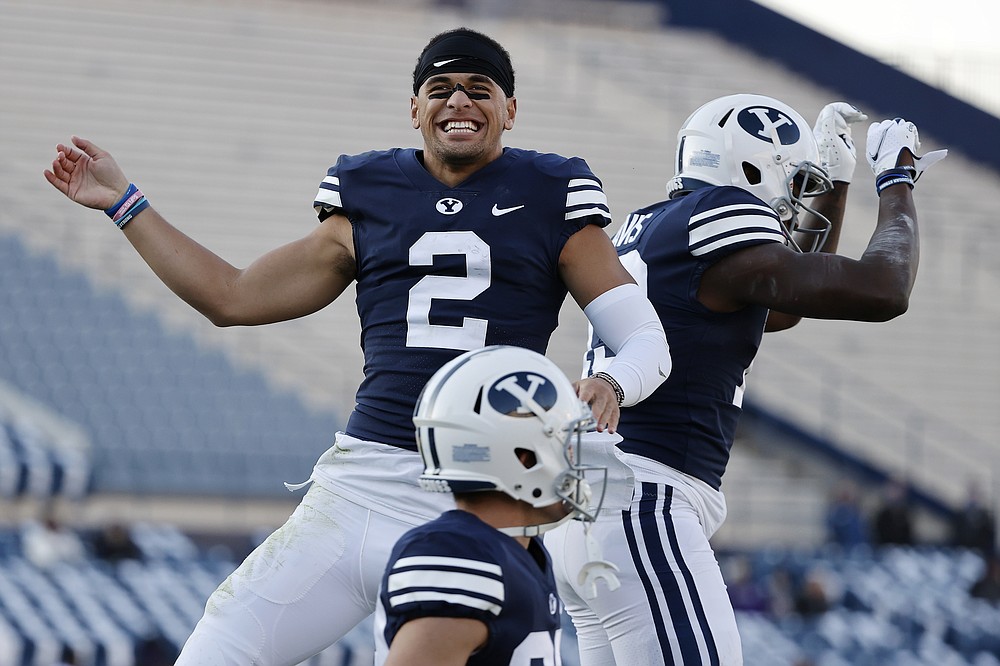 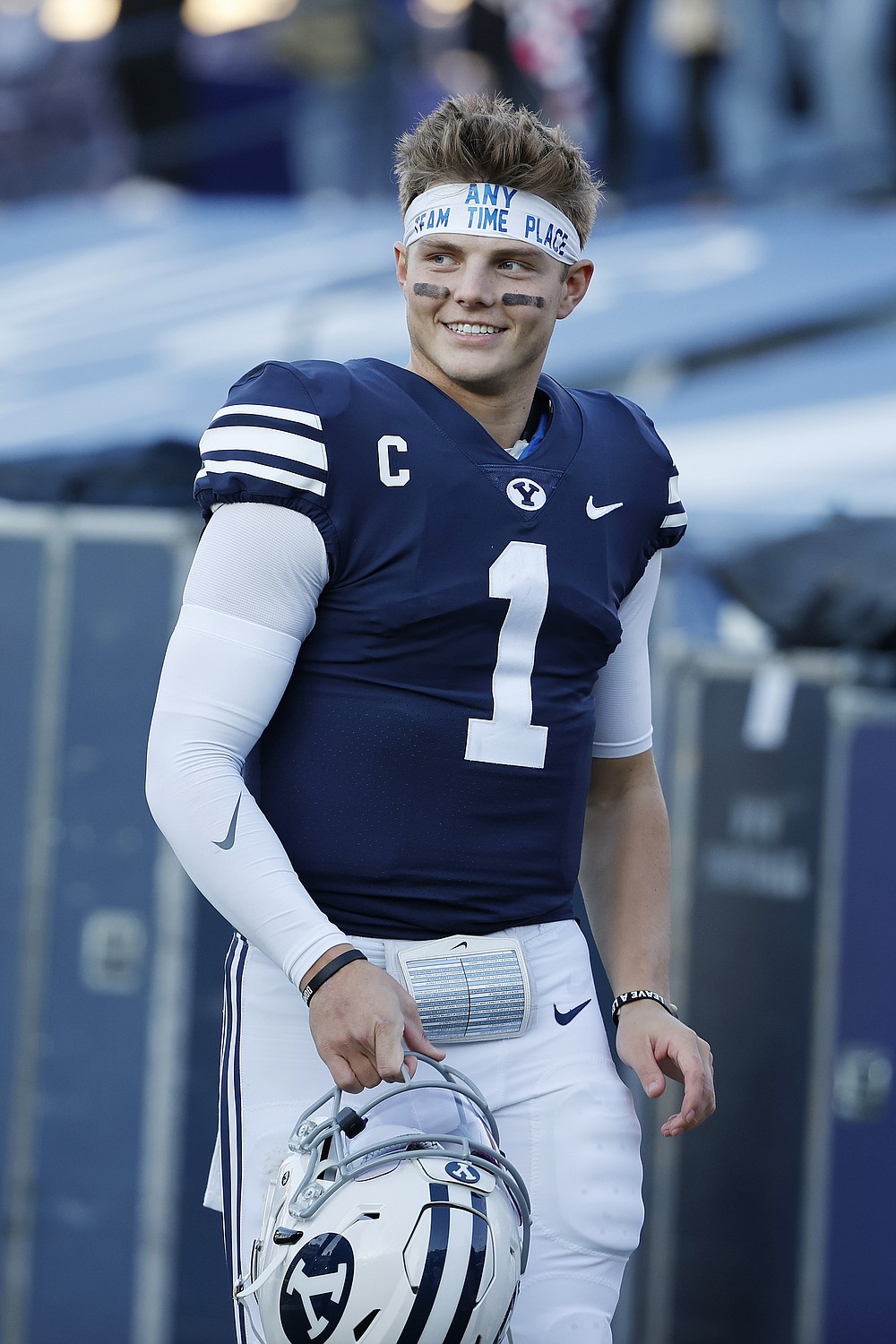 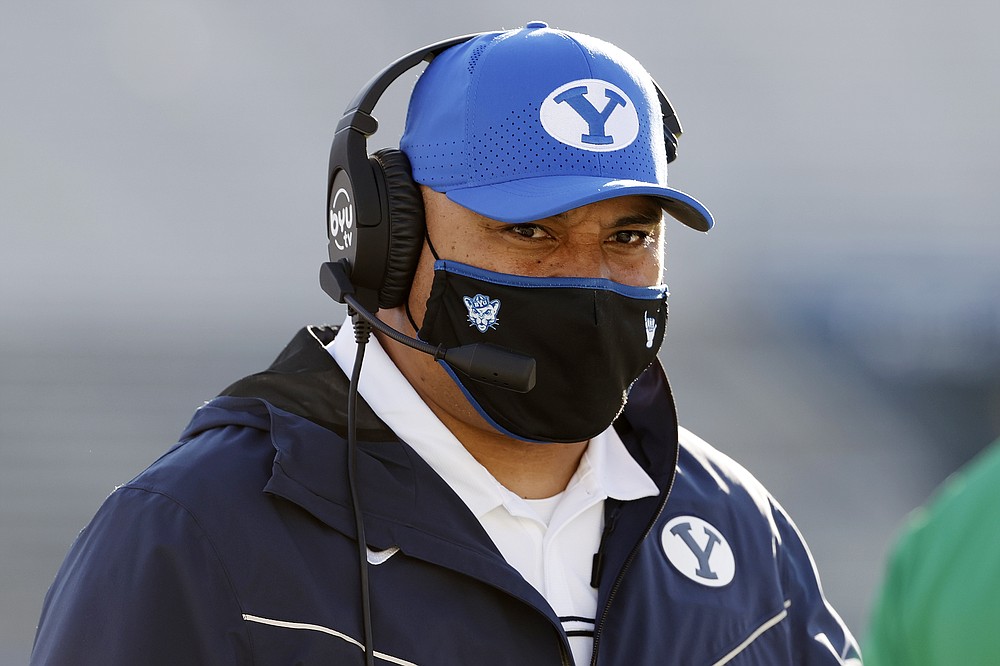 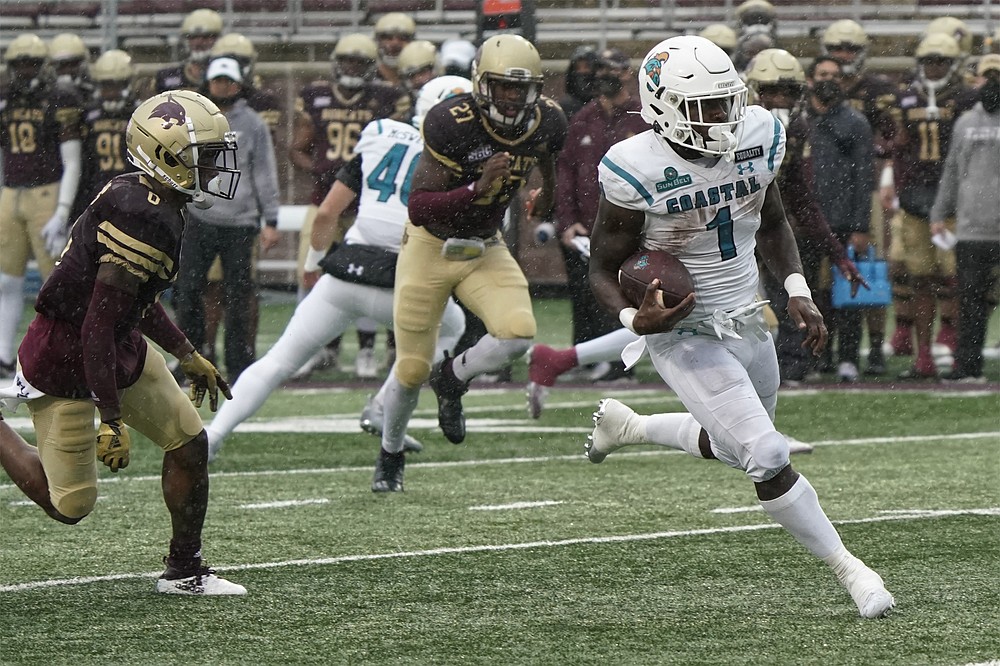 Coastal Carolina's CJ Marable (1) runs for a touchdown against Texas State during the second half of an NCAA college football game in San Marcos, Texas, Saturday, Nov. 28, 2020. (AP Photo/Chuck Burton) 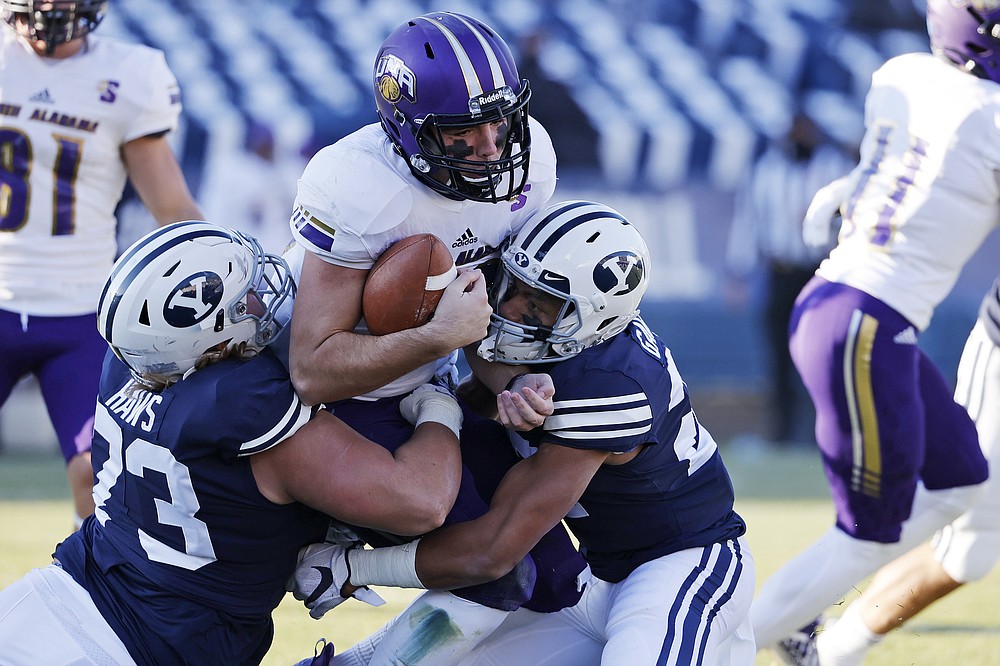