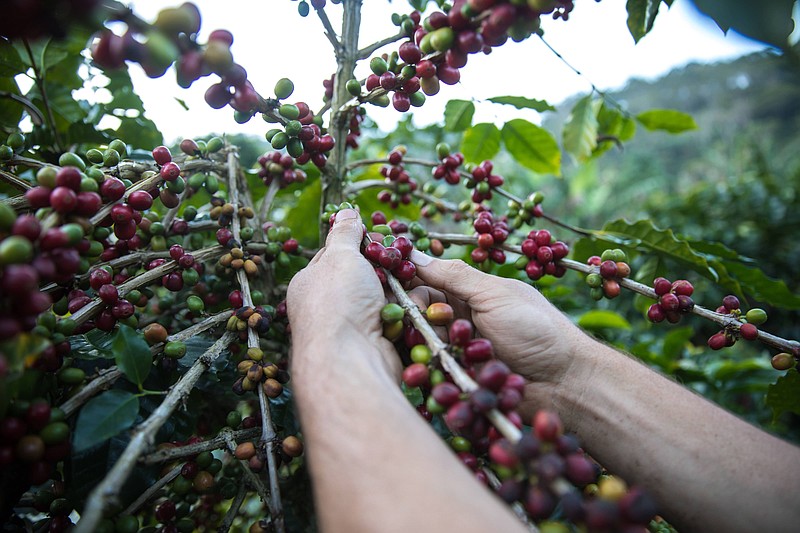 "The biggest risk we have now is how long the authorities will take to repair access to the coffee regions," Miguel Pon, executive director of Adecafeh, the top export association, said in an email. "It's estimated that more than 15% of the coffee-road grids were affected, and if in 30 days they are not fixed, we could lose another 460,000 bags." A bag of coffee weighs 132 pounds.

The deluge last month from the hurricanes named Iota and Eta accelerated coffee-bean maturation, and the labor force has been hampered by the coronavirus pandemic. The Honduran Coffee Institute had said that coffee output may shrink as much as 2.5%, or 160,000 bags, while warning that additional losses might loom.

Iota, the Atlantic's strongest storm of a turbulent year, dumped as much as 31 inches of rain in some growing regions after Eta left as much as 18 inches. Arabica-coffee futures in New York jumped 18% in November because of the Central American weather damage and adverse crop conditions in Brazil, the top producer of the premium beans favored by Starbucks.

After Iota, damage to bridges and roads was reported in 185 municipalities from 14 producing provinces, Pon said. Many farmers lost their homes, and mills were destroyed.

"We see an uncertain outlook regarding 2020-21 exports," Pon said after an initial estimate of 6.2 million bags. "At this moment, there's very little movement across different receiving areas compared with prior years, just as we approach the peak of the harvest."

Production in Honduras had tumbled from records this decade as coffee prices slumped. As many as 1 million people were hired at the peak of the season for the harvest.

In Iota's path in Central America, Honduras, Guatemala and Nicaragua were expected to account for 12% of global arabica production in the 2020-21 marketing year, U.S. Department of Agriculture forecasts showed.