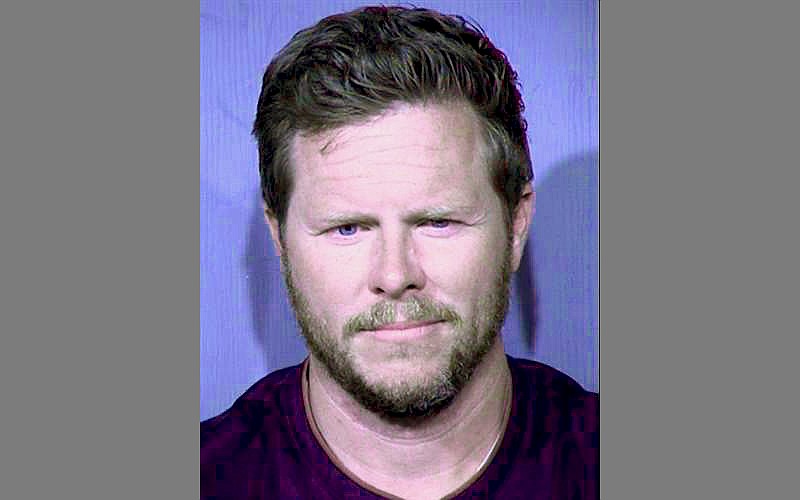 Petersen of Mesa, Ariz., pleaded guilty to illegally paying pregnant women from the Marshall Islands to come to the United States to give up their babies for adoption. He was indicted in October 2019 for running a human trafficking operation in three states: Arkansas, Arizona and Utah. He pleaded guilty in June to charges in all three states.

Petersen must have known for years he was violating the law because since 2007 he’s instructed birth mothers brought in from the Marshall Islands to lie to immigration authorities and adoption court judges about their purpose for coming to the United States, U.S. District Judge Timothy Brooks found.

“I tried to make happy families, and I ruined my own,” Petersen said in his pre-sentencing remarks to the judge.

Petersen clearly led a double life, Brooks said during the hearing, referring to the surprise of his friends and family and the sincerity of their request for a light sentence.

“They have never met the other Paul Petersen,” Brooks said. “We don’t sell babies,” the judge said. Doing so not only violates U.S. and Marshall Islands law, but international law, he said.

FAYETTEVILLE -- A sentencing hearing was underway Tuesday morning in federal court for Arizona attorney Paul Petersen in a human trafficking case that spanned three states and dozens of women.

Petersen of Mesa, Ariz., pleaded guilty to illegally paying pregnant women from the Marshall Islands to come to the United States to give up their babies for adoption. He was indicted in October 2019 for running a human trafficking operation in three states: Arkansas, Arizona and Utah. He pleaded guilty in June to charges in all three states.

Petersen pleaded guilty in federal court in Arkansas to one count of conspiracy, which is punishable by up to 10 years in prison. The plea agreement includes a provision any prison sentence Petersen receives will run concurrently with any sentences he receives in Arizona and Utah.

The federal indictment against Petersen consisted of one count of conspiracy to smuggle illegal aliens for commercial advantage and private financial gain, which is the count to which he pleaded guilty.

The relatively large number of Marshallese adoptions in Northwest Arkansas drew the attention of judges, attorneys, lawmakers and Marshallese community leaders beginning at least as early as 2015, according to their statements in news accounts. They worried some of the women were signing documents in a language they didn't understand and may not know they have no rights to the child once the baby is adopted.

Petersen opened a branch of his law firm in Fayetteville in 2014, according to court records. Investigators estimated that branch handled about 30 adoptions a year. The firm's standard fee for an adoption in Arkansas was $10,000 up front and $25,000 upon completion of the adoption, court records say.

As many as nine of 10 adoptions granted in Northwest Arkansas involved a Marshallese birth mother by 2018, according to Washington County Circuit Judge Doug Martin.

Petersen kept as many as 12 pregnant women at a time in a single-family home in Springdale as part of his adoption practice, according to court documents. As many as 10 at a time lived at another home in De Queen, according to statements made at Petersen's plea hearing.

News reports in Arizona at the time of Petersen's arrest quoted law enforcement officials saying they found nine women in the same house in that state.

Petersen pleaded guilty in Utah state courts to three counts of human smuggling and one count of communications fraud, all felonies. He pleaded guilty to state charges of Medicaid fraud in Arizona on June 18 for signing up Marshallese birth mothers for prenatal care and for delivery when such benefits are reserved for permanent Arizona residents. The charges in Arizona said some of the birth mothers stayed in that state for four months.

The women taken to Utah to give birth received little or no prenatal care, prosecutors said in court documents. Their passports also were taken while they were in the U.S.in a step to assert control over them, authorities said.

This story was originally published at 11:40 a.m.