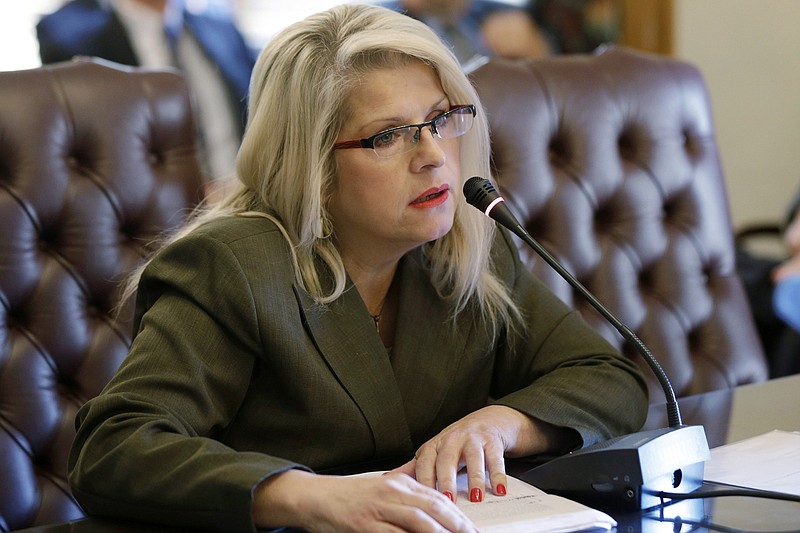 A Pulaski County judge late Tuesday ordered a stop to the release of investigation files into the murder of former state Sen. Linda Collins, agreeing to a request from Collins’ family after they raised concerns that their private information had gotten swept up in the investigation.

Collins’ two children and her ex-husband filed a lawsuit on Monday seeking an injunction halting the release of the files, which have been requested by several news outlets, including the Arkansas Democrat-Gazette.

Compton’s order stated that she will set a hearing on the matter within the next two weeks. Collins’ family have also requested that no investigation files be released until they are reviewed by the judge in private to determine which materials not relevant to the investigation should be barred from disclosure.

Earlier this month, Collins’ friend and former campaign aide Rebecca O’Donnell pleaded guilty to killing the former senator and received a 50-year prison sentence for that and other related crimes.

Investigators with Arkansas State Police were able to gain access to Collins’ phone and social media records in order to review her conversations with O’Donnell and obtained footage from her home security system that showed O’Donnell standing in her home last May holding a knife with blood on her hands, according to some records that have been released.

State police also requested access to the phones of Collins’ children, Butch Smith and Heather Tate Williams, which were voluntarily turned over, as well as the personal computer of Collins’ ex-husband, Phillip Smith, according to the family’s lawsuit.

The Smiths and Tate Williams said in the lawsuit that they are concerned that personal records such as text messages, photographs and health records irrelevant to the investigation are included in police files, which number in the thousands of pages, according to the lawsuit.

Compton’s order blocks both state police and the Randolph County sheriff’s office from releasing more files from the investigation.