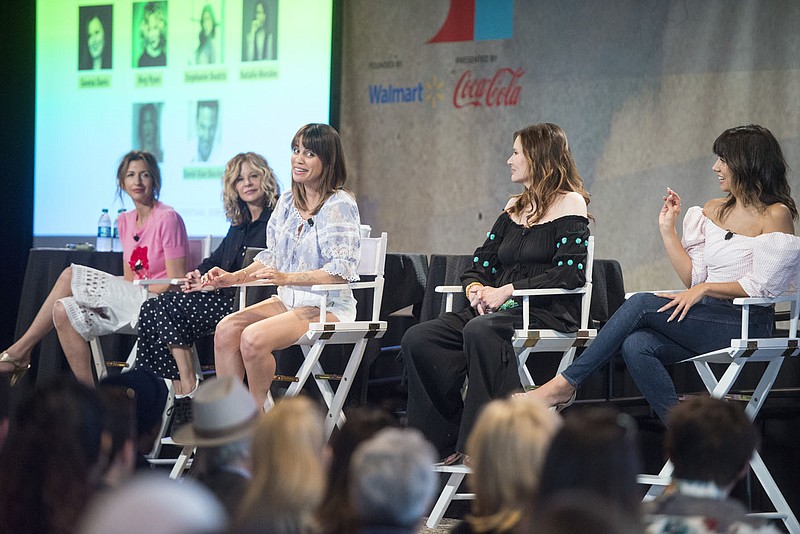 As the Bentonville Film Festival takes its turn -- as many festivals, events and gatherings before it -- to face the coronavirus pandemic head on, programmers are determined to continue furthering the festival's mission of championing underrepresented voices in filmmaking while maintaining the magic of cinema to bring people together. The sixth annual festival, co-founded by Trevor Drinkwater and Geena Davis, was supposed to take over downtown Bentonville in early May, but it was moved to Aug. 10-16 in the hopes of mitigating the spread of covid-19.

"We're at a critical time right now where there's extreme challenges for gathering and for people to really come together, and whether it's on a personal level or on a global level, I'm personally really excited to keep people entertained and inspired," says Wendy Guerrero, president of programming.

Instead of transitioning to completely virtual, as have many events of its type, the Bentonville Film Festival landed on what its creators are calling a "hybrid" format of mostly virtual, plus some on-the-ground activations that will allow locals to still physically participate in the festival -- at a safe distance.

"We're excited to present this high-impact programming," Guerrero continues. "It really reflects our beliefs that there's no stopping great storytelling."

The Bentonville Film Festival has become known across the industry as an opportunity to celebrate and advance female and minority perspectives in front of and behind the camera.

Film festival press and PR veteran consultant John Wildman, who will mark his third year at BFF this year, shares how Davis' convictions have become contagious as the festival has continued to grow year after year: "Having worked in PR agencies before focusing on film festivals around the country like Bentonville, of course I've seen a number of celebrities that, as a part of their public relations strategy, take on a 'cause' or agree to be 'the face' of a not-for-profit organization. There's nothing wrong with that," he begins.

"However, that is not what happened here with Geena. Most people are familiar with the story of how the idea came to her of wanting to do something about creating equity and opportunities both in front of and behind the camera when she noticed her daughter watching TV programs dominated by male characters," Wildman recalls of the festival's inception. "'If you see it, you can be it' was inspired by that moment. That's organic. That's real. Not manufactured. And that's why those of us who work with the festival, and work with her, do so very much with the idea of furthering that mission than just doing a job. We believe in her, and we believe in what the film festival is trying to do to promote inclusion and diversity."

"We're seeing some filmmakers that were here in 2015 in bigger and bigger and bigger roles, and hopefully one day they're international directors and stars and everything, and they could have started in a small festival circuit," Rebecca Elkins, this year's marketing director and CEO and co-owner of Bentonville's The Elkins Agency, says, demonstrating the festival's success. "So we don't want people to say, 'Oh, I don't want to do online.' These filmmakers still need support and we want to support them."

Ever-expanding, this year's competition film categories include 12 narrative films and 12 documentary films, 26 shorts and 10 episodic films up for consideration, plus the Spotlight films in both narrative film and short regional reels categories. All said, some 68 films will be showcased in the festival's sixth year -- told by 80 percent female, 65 percent BIPOC and 40 percent LGBTQ+ directors and filmmakers.

"I think what sets it apart is what always sets the festival apart -- our mission," Guerrero says of standing out in a sea of other virtual events. "I think you'll find a lot of pieces in there that are going to be inspirational. There's a strong commitment to our underrepresented voices that I think the audiences of the festival over the years have supported pretty aggressively by coming out and making sure that those filmmakers know how much they value their voice."

Names like Keira Knightley, Greg Kinnear, LeVar Burton and SNL's Bowen Yang can be viewed from the safety of at-home screens in the competing films -- not to mention the plethora of other underrepresented perspectives portrayed in the competition and Spotlight films. But while some may be disappointed at the lack of in-person engagement opportunities due to covid, Guerrero and Elkins both espouse what they hope will be advantages to the online format.

"It's a different experience for the filmmaker and for the audiences, but I think ultimately, extremely easy to just gain access like you would through any other streaming site," Guerrero explains. The content -- films, panels, Q&As, happy hour hangouts and more -- will be available online for ticketholders for the duration of the festival. So even if an audience member misses a live Q&A hosted through Instagram Live after a live film viewing, that content will still be accessible later.

"It's those connective tissues with our audience and with our speakers that are still really exciting in that space," she enthuses. "The discussions that we do have on the ground at the festival, they're still just as valid and just as important in the virtual space."

Traditionally, the festival comprises a blend of events free to the public and individually ticketed or passholder events where celebrity sightings and filmmaker discussions can take place. Shifting primarily to the virtual has minimized the ability to include those free events. But, Guerrero reveals, the change may actually allow for wider and more varied participation from those in the industry, as hopping on a computer for a 45-minute discussion or happy hour can be much more feasible in one's schedule than flying in to Bentonville for a few days.

"We're working on different ways that you still feel that you have an intimate experience, maybe even more so than just walking down the street, pointing and taking a photo," Elkins explains.

"Yes, it's exciting to walk down the street on the square; it's exciting to get the stuff; it's exciting to have a fair in the background, if you will, and all of that. But I get excited because there might be an opportunity to be just one of 100 people sitting down, and I could raise my hand and ask a question to someone specifically that I either admire or I look up to or I have an interest in what they're doing or I relate to them, and I now have that opportunity to maybe even ask more -- my face could be right on that screen with theirs, versus in a large group setting. That's our hope." 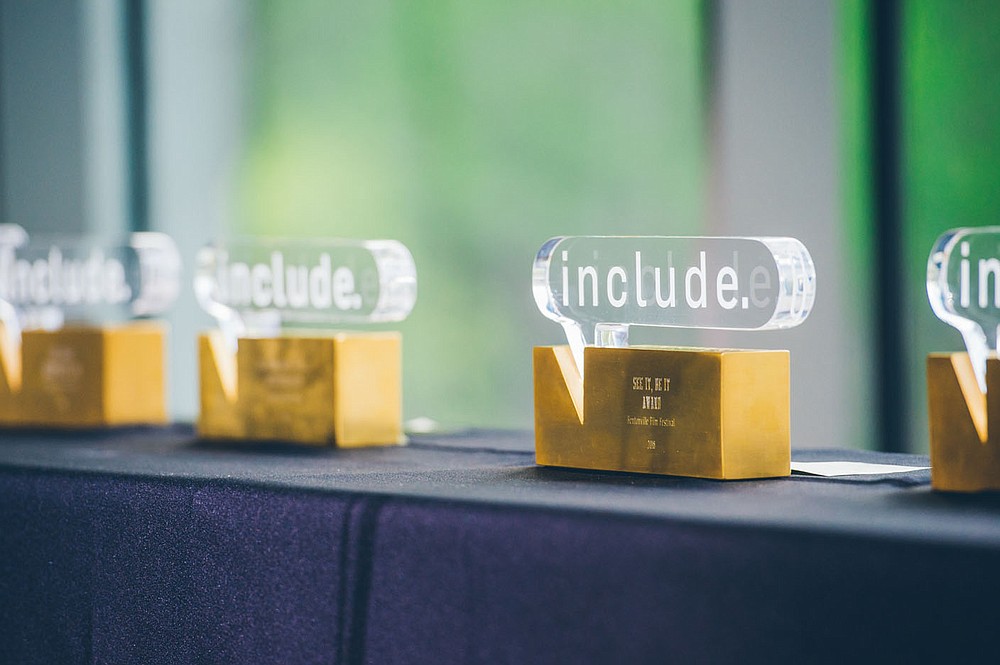 On the cover: The Bentonville Film Festival originally changed its annual May date to August hoping to avoid the coronavirus fallout. Now, in its sixth year, the festival transitions to a “hybrid” format of virtual and on-the-ground events. (Courtesy Photo)

BFF co-founder and Academy Award-winning actor Geena Davis established the Bentonville Film Festival as a vehicle to celebrate and champion minority voices on screen and behind the camera after seeing her daughter’s exposure to male-dominated programming. “That’s organic. That’s real. Not manufactured,” says John Wildman, the festival’s PR spokesman. “And that’s why those of us who work with the festival, and work with her, do so very much with the idea of furthering that mission than just doing a job. We believe in her, and we believe in what the film festival is trying to do to promote inclusion and diversity.” (Courtesy Photo)

“We’re at a critical time right now where there’s extreme challenges for gathering and for people to really come together, and whether it’s on a personal level or on a global level, I’m personally really excited to keep people entertained and inspired,” says Wendy Guerrero, president of programming for BFF. Instead of transitioning to completely virtual, as have many events of its type, the Bentonville Film Festival landed on what creators are calling a “hybrid” format of mostly virtual, plus some on-the-ground activations that will allow locals to still physically participate in the festival, at a safe distance. (Courtesy Image)
More News

WHERE — Online, 112 Drive-In Theater in Fayetteville, and other locations in Northwest Arkansas