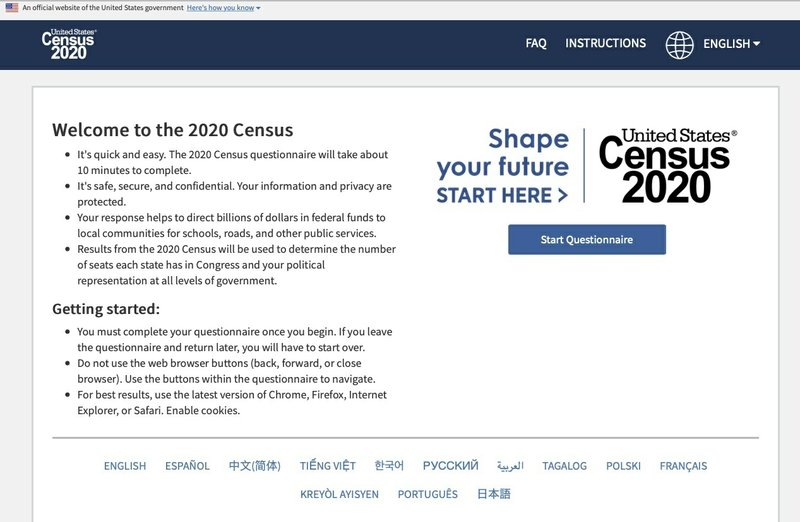 The U.S. Census Bureau has mailed paper questionnaires to people who haven’t responded to the decennial census forms earlier this month, which includes more than half of Arkansas households.

A complete count of residents is key to determining federal distribution of funds to state and local governments and in determining government priorities. Experts warn that Arkansas could lose $100 million annually for each 1% of residents not counted, as compared with what the state could receive.

The Census Bureau sends forms to every housing unit in the nation and requires responses to know how many people live in each unit.

So far, Arkansas has a higher percentage of respondents than do 13 other states and Puerto Rico.


[Interactive maps not showing up above? Click here: arkansasonline.com/2020census/]

The primary method of completing the brief census form this year is online, and a lack of broadband across the state means Arkansas’ online response will likely be low as compared with many other states, experts say.

Nationally, 41.3% of households have responded via internet . In Arkansas, that percentage is 31.3%. Internet response rates were lower only in New Mexico, West Virginia, Mississippi and Puerto Rico.

While this year’s census is notable for being the first conducted mostly online, the Census Bureau considers the “vast majority” of Arkansas’ geographic area to be “Internet Choice.” That means residents received paper questionnaires in March, along with instructions on how to fill them out online or by phone.

The coronavirus pandemic has already delayed many decennial census operations by a week.

Households without home mailing addresses — that instead rely on post office boxes — received paper questionnaires on their doorsteps about two weeks later than usual. Census Bureau workers are still delivering those questionnaires. Census takers who help people complete the forms in-person won’t do so until at least the end of May. The deadline for census completion is now Aug. 14, instead of July 31.

That delay is in part why statistics for census completion appear to be low in more rural areas, said Alison Wright, associate research/extension specialist at the Arkansas Economic Development Institute, housed at the University of Arkansas at Little Rock.

In mostly rural Newton County, only 7.4% of households have responded to the census. Many of the county’s households don’t have home mailing addresses, meaning a Census Bureau worker needed to drop off questionnaires on their doorsteps, Wright said.

“I think that’s why it’s so low,” she said. “The majority of the county was supposed to get it that way.”

The pandemic has changed how groups are encouraging people to fill out the census forms, since people can no longer do so at schools or at in-person public forums.

Arkansas Counts, a statewide team of grantees and various partners, “has worked hard to shift community outreach and engagement strategies to prioritize placing content in newspapers, digital outreach, and phone- and text-banking,” spokesman Brad Cameron wrote in an email to the Arkansas Democrat-Gazette.

“Moving forward, we will continue to creatively Get Out the Count — faith community outreach, penning newspaper editorials, and partnerships with essential businesses that can share Arkansas Counts materials to Get Out the Count are some examples,” he wrote.

But the pandemic also provides an opportunity for more people to complete the census forms, Wright said. If people are already home, they could see the census as something they can do to break up the time. She notes that the census form is brief. It’s shrunk over decades and should take only about 10 minutes to complete, she said.

Also, some households have beefed up their online capabilities because of the pandemic and isolation at home.

“With communities opening up Wi-Fi access more readily for schooling … that may also give us some help for communities that wouldn’t normally have access,” she said.

However, school at home poses another challenge in the census taking, Wright noted.

College students must be counted on the basis of where they spend most of their time. Colleges — much like nursing homes and correctional institutions — report their resident students to the Census Bureau, meaning those students need not complete the census forms themselves.

College students who live off-campus must fill out the census forms on their own and include their normal off-campus addresses where they primarily live.

Now, with so many college students living back with their parents and attending courses remotely, the parents may count those students as living with them, but those students may have already been counted elsewhere, Wright said. The Census Bureau will have to “deduplicate” many census responses.

On Census Day, April 1, the University of Arkansas, Fayetteville, issued a news release and message to students instructing them on how to complete the census form. The release noted that the census count helps determine federal funding for many services that college students use, such as Pell grants.

“Students are asked to participate to ensure funding for these important services in the university community,” the message stated.