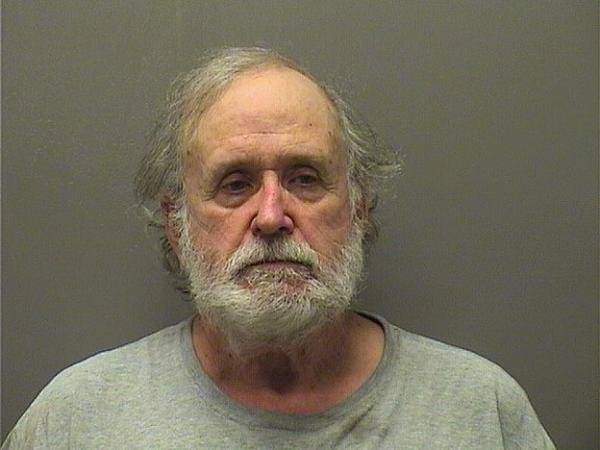 HOT SPRINGS -- A Hot Springs man was charged with arson Wednesday afternoon after a fire caused thousands of dollars in damages to his home Tuesday morning.

Jimmy D. Keel, 70, of 358 Westinghouse Drive was taken into custody about 4 p.m. Wednesday and charged with a felony count of arson, punishable by up to 30 years in prison.

Keel, who has no previous criminal history, was later released on a $10,000 bond and is set to appear June 1 in Garland County District Court.

According to the probable-cause affidavit, on Tuesday, shortly after 10 a.m., Keel reportedly called 911 to report a fire inside his Westinghouse Drive residence. The Lake Hamilton Fire Department responded to the scene and extinguished the fire. Damage to the house was estimated at $20,000.

About two hours later, the Fire Department asked Garland County sheriff's investigators to investigate a possible arson incident related to the fire, after allegedly finding an open container of what appeared to be denatured alcohol and burn patterns that appeared suspicious.

They reportedly discovered the fire started from multiple points of origin and the door to the room the fire started in was locked when the fire began. Keel reportedly stated he was the only one with a key to the room. There were no other noted sources of ignition, indicating the fire could only have been started "by human interference," the affidavit states.

While Keel was speaking to the investigators, he allegedly made a spontaneous statement that if they were "considering it to be his wife or him, it had to be him." He later voluntarily came to the sheriff's department for questioning and over the course of the interview denied starting the fire.

The affidavit notes this indicated no outside source could have come into or left the residence during that time. There was a stairway leading to the downstairs that had access to the room where the fire started, and both Keel and his wife stated she could not walk down the stairs due to medical issues.

A route less uncomfortable
by Philip Martin
Legacy lost — Thousands of Rosenwald schools were built to improve education for Black students during Jim Crow era
by Helaine Williams
OPINION | CRITICAL MASS: Nostalgia is realization that we can never go back
by Philip Martin
OPINION | ON BOOKS: Rooting for the Other in 'Klara and the Sun'
by Philip Martin
State will offer single-shot covid vaccine Monday
by Tess Vrbin
ADVERTISEMENT