Congressmen back changes to Endangered Species Act; Arkansan accuses groups of filing too many lawsuits 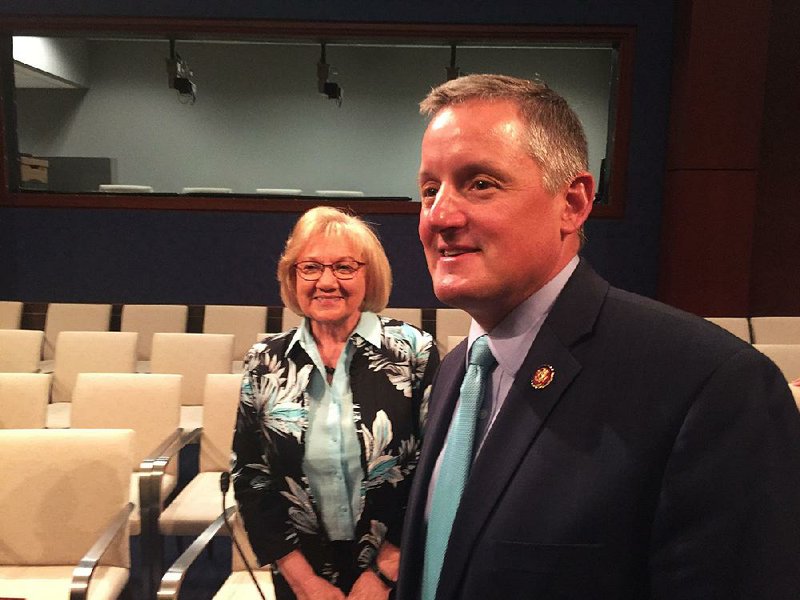 WASHINGTON -- Several House Republicans, including one from Arkansas, promised business and industry leaders that they will work to overhaul the Endangered Species Act of 1973.

Environmentalists warned that their proposals will undermine efforts to preserve threatened and endangered species.

Fifteen lawmakers, including U.S. Rep. Bruce Westerman, R-Ark., signed up to speak at a roundtable Tuesday titled "Modernizing the ESA."

They portrayed the landmark 1973 legislation as expensive, ineffective and harmful to the economy. The lawmakers are working on a package of 19 bills that would make sweeping changes to the law, according to U.S. Rep. Paul Gosar, R-Ariz., chairman of the Congressional Western Caucus. Three of Arkansas' four congressmen are listed as members of the caucus, though Westerman is the only one with a leadership role.

A few of its members' ideas are: giving states a larger role in decision-making involving the act; making it easier to delist species that are no longer endangered; and capping the hourly fee rates that can be awarded when attorneys successfully challenge environmental decision-making.

During his segment, Westerman criticized environmental organizations that he said overwhelm federal agencies with lawsuits.

[NEWSLETTER: Sign up for the Health & Science email at arkansasonline.com/emails]

"This subversion is incredibly harmful both to the American taxpayer [and] to species recovery as a whole," the lawmaker from Hot Springs said.

Westerman said he is preparing to file legislation that would make it easier for the head of the Department of the Interior to discharge petitions that are deemed frivolous and prioritize those that are backed up by scientific data.

"Under the current structure, well-funded groups are drowning out sound science, and species with true and immediate needs are ignored," he said.

The website for the Natural Resources Defense Council even features a March 2018 video titled "How to Sue the President."

"Since the inauguration, we've sued the Trump administration about once every 10 days," it notes.

The Center for Biological Diversity also highlights litigation on its website. So far, it has filed 164 lawsuits in opposition to Trump, its website stated Friday.

Environmentalists argue that the suits are necessary because the administration isn't obeying the law.

After Tuesday's event, the Center for Biological Diversity warned that the act is under assault, predicting that passage of the Republican blueprint would "do more damage to the Endangered Species Act and condemn hundreds of animals and plants to extinction."

"House Republicans' obsessions with dismantling the Endangered Species Act is totally out of touch with the public's values," said Stephanie Kurose, an endangered species policy specialist with the group. "Americans overwhelmingly back this bedrock conservation law and oppose the Trump administration's attempts to destroy this vital safety net."