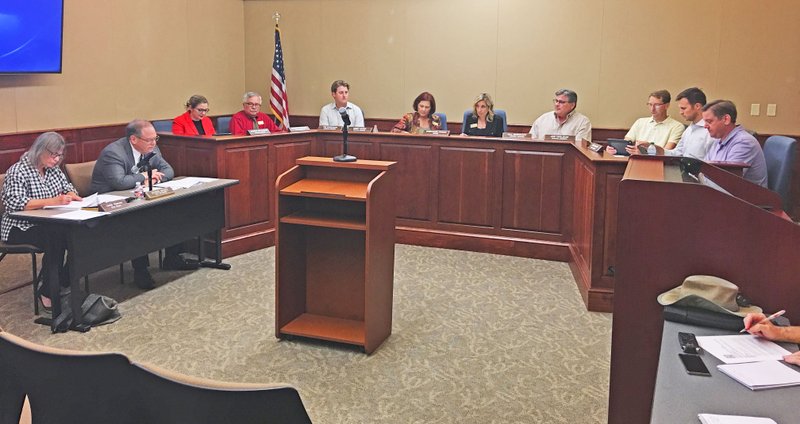 A low-water crossing has washed out, impacting vehicle access area, said David Wright, Parks and Recreation director. There must be access to the bike park for emergency and city maintenance vehicles, Wright said.

The council unanimously voted to spend $39,500 with Ecological Design Group to redesign the damaged area. The plan is to put in box culverts and do some nearby stream remediation to keep the area from washing out, Wright said.

The single-track trail is on the mountainside just north of Northwest A Street and east of North Walton Boulevard. It is designed specifically for mountain bicyclists, according to the city's website.

The 7.23-acres is on Northeast A Street just north of its intersection with Tiger Boulevard. The land will be in Ward 2, according to city documents.

The council, among other items, also unanimously:

• Recognized Tom Boyle's retirement after more than 19 years with the Police Department. Chief Jon Simpson and several other officers were in attendance. Boyle was presented with a framed proclamation, and he was given the flag that flew at the department Aug. 9, the day he retired.

• Approved a bid awarding Lights by Sparky for $42,728 for downtown square light installation.

The council sped through the agenda in about 25 minutes.