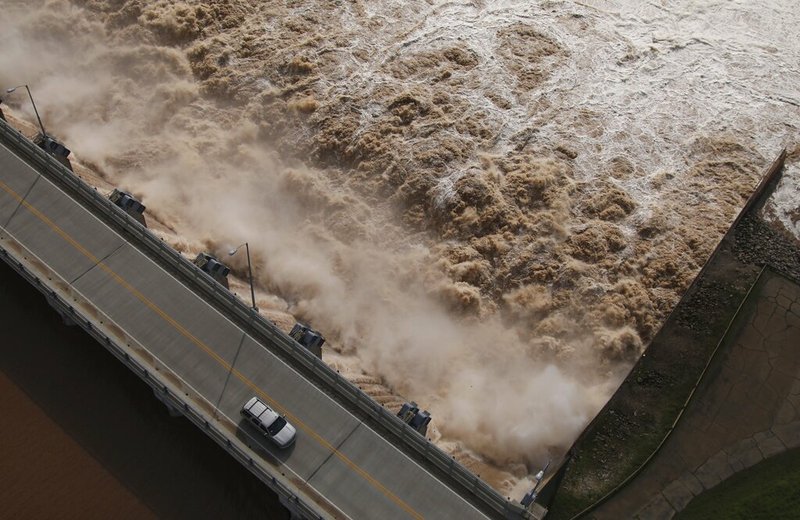 In this May 24, 2019 file photo, water is released from the Keystone Dam into the Arkansas River northwest of Tulsa, Okla., The U.S. Army Corps of Engineers has proposed a $160 million plan to shore up the 75-year-old Tulsa-West Tulsa Levee System, a system of levees and pumping stations around Oklahoma's second largest city that has been weakened by periodic flooding. (Tom Gilbert/Tulsa World via AP, File)

TULSA, Okla. -- The U.S. Army Corps of Engineers has proposed a $160 million plan to shore up levees around Oklahoma's second largest city that have been weakened by periodic flooding.

The Corps is required to complete a study of U.S. levees by September 2020, but city and state officials wanted the study expedited after hundreds of homes and business were inundated during historic flooding along the Arkansas River that extended into neighboring Arkansas.

Engineers say floods have made Tulsa's levees less effective. State officials say that while they held back water for weeks during the spring, a breach would have caused catastrophic flooding.