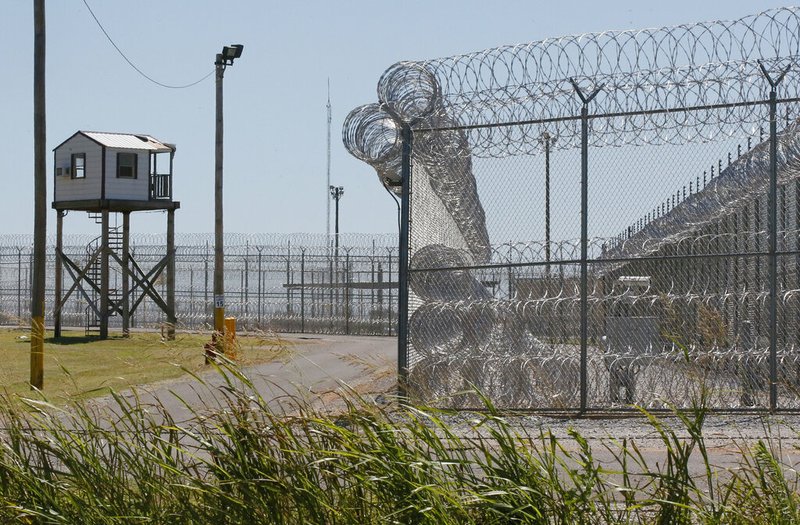 FILE - This July 10, 2017, file photo shows a tower outside of the razor wire at the Great Plains Correctional Facility in Hinton, Okla. Prisons in Oklahoma are locked down after several inmate fights over the weekend caused one inmate death and more than a dozen injuries. (AP Photo/Sue Ogrocki, File)

OKLAHOMA CITY — All Oklahoma prisons are locked down after several inmate fights left one inmate dead and more than a dozen injured.

The Oklahoma Department of Corrections says fights broke out Saturday at the Northeast Oklahoma Correctional Center in Vinita and on Sunday at prisons in Hominy, Sayre, Fort Supply, Lawton and Stringtown. The department says one inmate died at the medium-security Dick Conner Correctional Center in Hominy, about 90 miles northeast of Oklahoma City. More than a dozen inmates were taken to hospitals with injuries that aren't considered life-threatening.

The department says inmates involved in the fights have been transferred to other facilities. Spokesman Matt Elliott says officials are looking into what prompted the fights.

Last month, another Oklahoma prison was locked down after four inmates were hurt in fights.