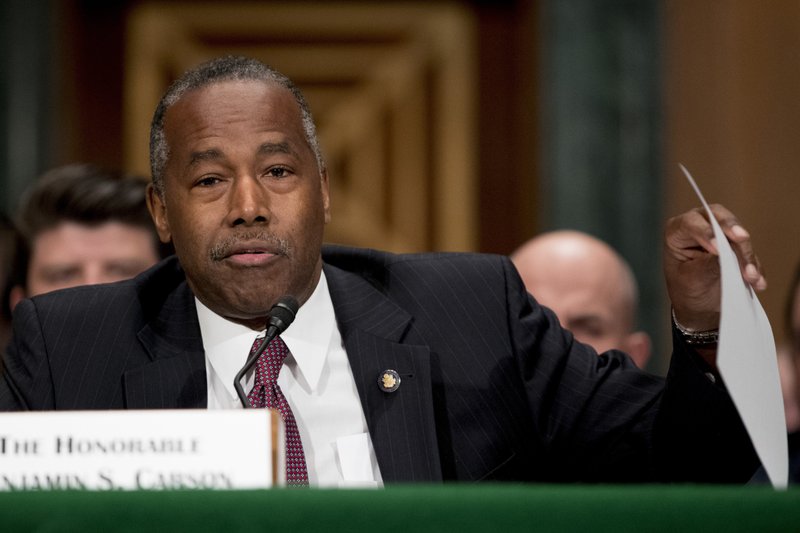 Senior administration officials, including Housing Secretary Ben Carson, plan to visit Los Angeles in the coming days as part of President Donald Trump's push to crack down on homelessness in California, according to three people briefed on the plans.

The trip brings into focus the Trump administration's effort to spotlight and intervene in California's growing homeless population. White House officials have not fully disclosed to local leaders the extent of their discussions, which have included looking into the legality of razing tent camps and relocating large groups of homeless people.

Trump officials have expressed an interest in the surge in the homeless population in the Skid Row area of Los Angeles. Trump has sought to blame Democrats for not doing enough to address the issue.

Without mentioning the homeless specifically, Trump on Thursday night said that conditions in American cities were deteriorating under Democrats' watch.

"Take a look at what's going on. We're going to have to step in and do something about it. Because we can't allow that to happen to our great cities. Los Angeles is a great city," he said at a Republican conference in Baltimore. "Clean it up. You've got to do something. You can't have it. These are our great American cities and they're an embarrassment."

One government official involved in the planning questioned the feasibility and legality of the relocation plan.

"It is the stupidest idea I have ever heard," said the official, who spoke on the condition of anonymity to avoid professional repercussions.

A Department of Housing and Urban Development spokesman would not confirm Carson's travel to California or reveal additional details about the administration's homeless plan or potential use of the FAA site.

"While there are many state and local issues at play here, we're looking at a range of options available to us at HUD -- as well as other agencies -- for possible federal action, if and where appropriate," said a senior agency official who characterized the spike in homelessness in Los Angeles and San Francisco as "alarming."

Carson made his first visit to Skid Row last April, an experience he had said "you cannot forget."

Carson on Wednesday told Fox Business Network's Varney & Co. that the administration was actively working on solutions to California's homeless crisis, both to "take care of the acute phase and the more long-term phase."

"I don't want to get out ahead of the plan," Carson said.

The Washington Post reported this week that the administration is considering razing tent camps, creating new temporary facilities or refurbishing government facilities as part of Trump's directive on homelessness. The number of families either sleeping on the streets or lacking adequate housing has jumped for most major California cities, climbing at least 25% over the past several years, according to David Garcia, policy director at the Terner Center for Housing Innovation at the University of California, Berkeley.

In Arkansas, while advocates say more sheltering options are needed for Arkansans experiencing homelessness, they are questioning whether Trump's proposal for federal intervention will help or hurt an already vulnerable population.

Advocates for homeless people say the federal plans may not provide enough services to the homeless, take away free will, and decrease social interactions between the homeless and other citizens.

Kathy Webb, who represents Ward 3 on the Little Rock Board of Directors, acknowledged that tackling homelessness takes the cooperation of federal, state and local governments. But she said rounding up people to "warehouse them" without also working to provide job training and transportation won't solve the problem.

Webb is also a member of the Arkansas Homeless Coalition, which meets monthly.

"To truly look at things that have a long-term impact, you can't just say, 'we're going to put them in housing' and stop there," Webb said.

She said the Trump administration's cuts to the housing department as well as to funding for mental health and "safety net" programs had exacerbated the homelessness problem and that she would have been more enthusiastic if the administration had announced efforts to increase affordable housing or roll back those cuts.

"I was not very heartened by that particular response," she said.

Trump's administration has proposed slashes to the HUD budget in fiscal 2019 and 2020, but they haven't been approved by Congress.

Sandra Wilson, president of the Arkansas Homeless Coalition, said sheltering options has been a major point of discussion for the group.

The coalition's meeting last week included talks about a tiny housing project. Projects of this type exist across the nation and provide small homes for the homeless, often with the goal of allowing them to transition from living in the streets to living in an apartment.

But, Wilson said participation in programs like this would be voluntary, and she's unsure whether Trump's proposal would be.

"I can totally applaud if they were putting funding in and opening facilities where people have a place to go, but I think if it went to a point of forcing people to go somewhere then I think there would be a huge outcry against that from homeless advocates," Wilson said.

She added that for people who are experiencing homelessness, it can be valuable to have interactions with those who are housed, which she's concerned could decrease under the federal proposal.

Trump administration officials signaled openness to a federal intervention in the burgeoning homeless population living in Skid Row during meetings with Los Angeles advocates for the homeless this week.

Advocates remain apprehensive about the administration's intentions amid uncertainty over how or if any Trump plan would help residents, said Jerry Jones, policy director at the Inner City Law Center, which does legal and tenant services in Los Angeles.

"I think people are more concerned than they are hopeful," Jones said. "There is concern about their sincerity in trying to get homeless people housed."

About 15 administration officials visited Skid Row on a tour led by Rev. Andy Bales, CEO of the Union Rescue Mission, a homeless shelter there.

Bales said he pleaded with Trump officials for a major federal intervention involving the U.S. Army Corps of Engineers and Federal Emergency Management Agency to build shelters that could protect thousands of homeless people from contracting fatal diseases during the city's rainy season.

He said he had stressed to them that it is within the federal government's power to declare a disaster and hire contractors from all over the country to set up new structures for the homeless, both in Los Angeles and other cities across the country. He said members of the administration, led by HUD and the White House Domestic Policy Council, seemed receptive to the idea.

"This is a FEMA-like, Red Cross-like national disaster and needs to be treated as such," said Bales, who lost his right leg in 2016 after he said he came into contact with flesh-eating bacteria while walking streets ridden with urine and feces. "I have prayed for federal intervention."

Overall, officials in Los Angeles and across California said that they'd welcome Trump declaring a federal state of emergency, but that the money it would unleash should be spent on housing, not sweeps of homeless camp or shelters.

"A state of emergency would be far more meaningful than wiping out homeless encampments," said Los Angeles County Supervisor Mark Ridley-Thomas, co-chairman of Gov. Gavin Newsom's new statewide homelessness task force. "It's unclear what Trump is planning to do, and I don't know if it's clear to him."

Information for this story was contributed by Tracy Jan, Jeff Stein and Josh Dawsey of The Washington Post; by Chris Megerian, Benjamin Oreskes and Gale Holland of the Los Angeles Times; and by Ginny Monk and Rachel Herzog of the Arkansas-Democrat Gazette. 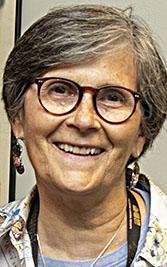 Photo by Cary Jenkins
Kathy Webb, who represents Ward 3 on the Little Rock Board of Directors and is also a member of the Arkansas Homeless Coalition, is shown in this photo. 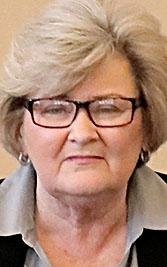 Photo by Democrat-Gazette file photo
Sandra Wilson, president of the Arkansas Homeless Coalition, is shown in this file photo.