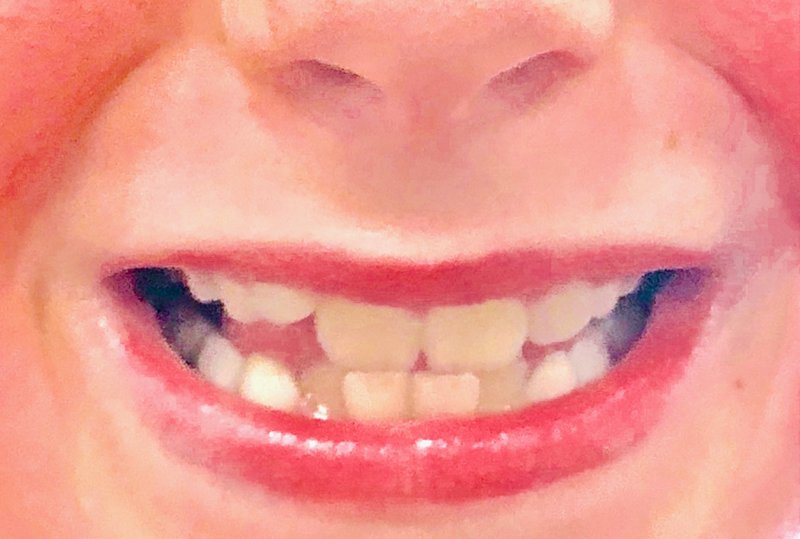 Facial expressions are a form of nonverbal communication. When we see someone with a big smile, we might assume that the person is happy. That's simple enough. But I learned recently that we can even hear when a person is smiling.

In searching for more information on this, I went down the Internet rabbit hole. It was fascinating.

First, a genuine smile has a name. It's called a Duchenne smile and is named for the French neurologist Guillaume Duchenne from the 1800s. He chronicled a number of nerve and muscle disorders, and he founded the technique of biopsies.

His study of the smile, though, seemed to take a dark turn. He visited hospitals to find mental patients for his experiments. He would stimulate certain muscles with electric currents to capture the smile. The practice was extremely painful. Later he switched to using the severed heads of criminals who had been put to death. (Is it terrible that this brought to mind the phrase, "Quit while you're ahead"?)

Nonetheless, Duchenne hit upon this genuine smile that uses cheek muscles to turn the lips into a smile and eye muscles that crinkle the eyes to create crow's feet. He said a genuine smile is involuntary and "is only put into play by the sweet emotions of the soul." I can confirm that I prefer my emotions being the cause of a smile over the introduction of an electrode. But that's just me. A social smile, or non-Duchenne smile, is voluntary. It "obeys the will," Duchenne said.

English naturalist Charles Darwin used a number of Duchenne's photographs of faces to study how people express their emotions.

Studies by others over the decades found a number of kinds of smile, but I detected no others with fancy French or even English proper names. One study focused on four kinds of smile, including the Duchenne contingent. People were asked a number of questions to elicit different responses, including some meant to amuse them. Some of the questions brought about the Duchenne smile. Later, other people listened to the responses and most, without seeing the smiles, could identify which respondents answered with a Duchenne smile.

Later studies found that a good number of people could voluntarily create a Duchenne smile. (No electrodes needed!) Other people couldn't. Perhaps Duchenne's subjects leaned toward the grumpy, and they couldn't smile on demand.

People smile when they're happy or amused, yes. But they also smile when they're nervous, embarrassed, shy, or trying to be strong. When a friend is telling a joke, they smile in anticipation of the punchline. They smile, oddly, when they're conveying bad news. They smile when they've answered a question correctly or come up with a good idea. Anyone who has seen a movie villain knows that people formulating diabolical plans smile like mad.

All these studies based on smiles are wild. What led me down this path? I read that people in sales are taught that a smile is a key part of customer service. This makes sense when you think about walking into a store. A salesperson greets you with a smile. Maybe you can tell if it's a Duchenne smile or not, even though you didn't know it was called that before today. It's a first impression that likely will stick with you.

But does it make sense when you call a company's 800 number with a complaint about a product? You may well be the 30th person to call in that day complaining about a cable bill.

Customer service people are told to smile when they talk to customers because callers can hear in their voices whether they're smiling. And a smile is interpreted as sincerity and enthusiasm. The articles about this didn't mention whether the customer service people had Duchenne smiles or not. I just know that I have definitely heard a smile in people's voices. Sincere or not, I heard it. As I said earlier: fascinating.

A note of caution for smiley people: A smile doesn't mean the same thing across cultures. A smile without good cause in Russia is a sign of stupidity. In parts of Asia, a person might smile to hide anger. It's a way to maintain harmony. People in China smile less than Americans, too. To prepare for the Beijing Olympics in 2008, people working at the events had to practice smiling. Those who didn't smile widely enough were ordered to keep chopsticks between their teeth to develop the proper muscles.

■ Why Smile? The Science Behind Facial Expressions, British Psychological Society

■ Science Daily: Smile and The World Can Hear You, Even If You Hide

■ Psychology Today: What Science Has to Say About Genuine vs. Fake Smiles

■ Body Language Project: You Can Probably Fake An Honest Smile

■ Medical News Today: Why do we really smile?

■ BBC: There Are 19 Types of Smile But Only Six Are For Happiness

■ The Telegraph: China gets ready to smile for the cameras

■ Forbes: 4 Reasons Why Excellent Customer Service Should Start With A Smile