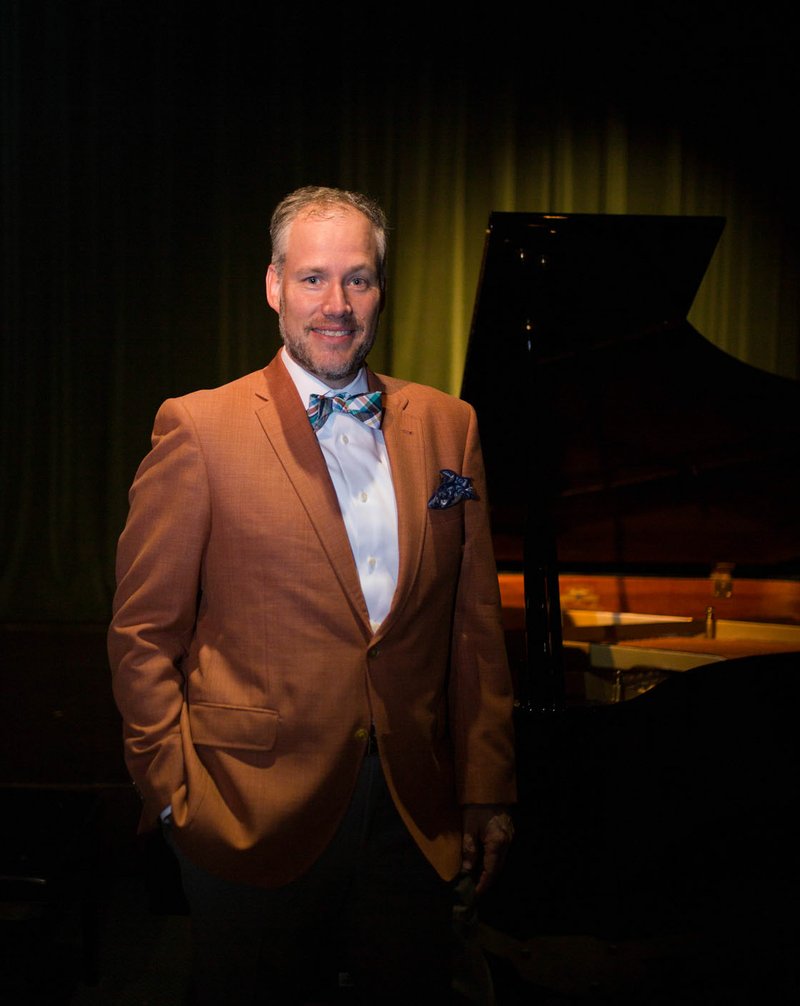 Courtesy Photo Jason Miller, the executive director of the Arkansas Philharmonic Orchestra, has an interesting theory about this year's season announcement. He isn't going to make one. Instead, he says, he wants to surprise audiences as the year goes along.

Jason Miller, the executive director of the Arkansas Philharmonic Orchestra, has an interesting theory about this year's season announcement. He isn't going to make one. Instead, he says, he wants to surprise audiences as the year goes along.

"Orchestras celebrating a milestone such as their 10th season usually announce an amazing season with soloists and pop concerts and the whole shebang," he says. "We want to announce little nuggets at a time and build as much excitement as we can. There is also something to be said about giving each performance its own little spotlight so we can explain the concept.

WHERE — Record Downtown in Bentonville

"If we announced all of our changes at once, there might be confusion. We want to bring all of our current patrons along for the new ride while welcoming new people to our family."

That being said, Miller says there are ongoing APO efforts, new APO personnel and one particular new concept "with the working family in mind." It's called APOx Small Bites.

"We know families love to bring their kids to concerts, but it is hard to commit to a three-hour concert experience on a Saturday night," he explains. "So we are giving them a little concert and dinner on a Tuesday night. Every third Tuesday from October to March, we will offer an 'APOx Small Bites' at Record Downtown from 6:30 to 8 p.m. -- food, drink and a 30-40 minute concert. In and out in 90 minutes. $35 adults, $5 children, cash bar available. You can feed your family and expose them to delightful classical music, and it will be something different each month."

"We do love it," Miller says. "This is a great partnership with the University of Arkansas Music Education Department and for our patrons. The UA students receive valuable time working with children, playing games, performing for them, experimenting with new tools, etc. The kids that come to the club get to be kids and run around having fun while still learning all about music. $5 is the best value for childcare -- and it's available to concertgoers and kids 4 to 12."

Miller describes another innovation for 2019-20 as "doubling down on our educational efforts." The APO has hired a new education and outreach director, Christy Paxton.

"She will oversee our various programs such as the Arkansas Philharmonic Youth Orchestra, Boys & Girls Club Music programs, Teaching Artists in Schools and a new initiative to reach a broader Hispanic audience," Miller says. "We will also continue our partnership with Carnegie Hall to offer the Link Up curriculum, teaching local third- through fifth-grade elementary students all about being a member of the symphony."

To fit into the region's musical landscape, Miller says, "education is going to be at the top of the list. It is so important to us to offer opportunities for kids to experience and learn musical instruments. We love seeing kids faces' light up when they play their first note or recognize a familiar tune and start singing along with us. We truly believe we can cultivate young minds through music."

But, he adds, "we also plan to carve out a niche through our experimental concerts. We want diverse audiences to experience the music in a new, different way. We believe being involved in the concert and having visuals complimenting the music will provide for a better experience and have patrons wanting more.

"We want to 'trick' you into coming to a classical music concert. We hear over and over [from potential audience members] that classical music isn't for them or they don't understand or don't want to dress up or it is music for the elite. The APO is on a mission to change that."