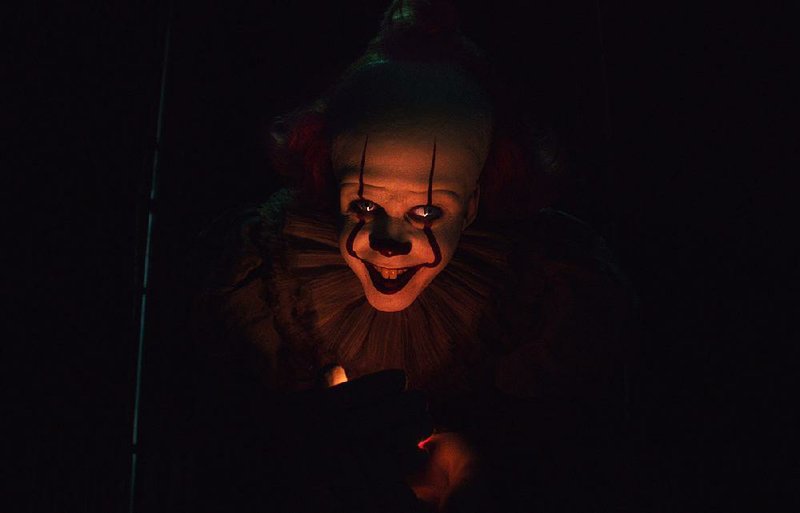 Pulling off It Chapter Two is an almost impossibly tall order. Following up It, the first installment in the evil clown saga, director Andy Muschietti has to balance loyalty to Stephen King's crazy, 1,138-page tome, as well as to the kooky 1990 made-for-TV miniseries starring Tim Curry. Now add the fan factor: the nostalgic original fans and the rabid new generation of fans the circus-sized 2017 hit garnered. For Muschietti and writer Gary Dauberman, the way to solve the problem seems to be a "more is more" approach, especially when tackling the wild, woolly and just plain weird source material. There's more spooks, spider-clowns and splattering fluids, and even 34 more minutes of terrifying adventures with Pennywise the Dancing Clown. It's a lot, but, in the end, does all this hullabaloo even add up to anything?

What It Chapter Two has going for it is a shockingly excellent cast of adult Losers (casting by Rich Delia) that picks up the mantle where their younger selves left off 27 years ago. Bill Hader and James Ransone not only look eerily like their younger counterparts (Finn Wolfhard and Jack Dylan Grazer), but they perfectly capture the tics and mannerisms of Richie and Eddie too, proving to be the runaway breakout stars of the film.

James McAvoy takes on the role of Losers Club leader Bill, originally played by Jaeden Lieberher, while Jessica Chastain, reuniting with her Mama director Muschietti, embodies the essence of young Beverly (Sophia Lillis). Jay Ryan is the glowed-up Ben (Jeremy Ray Taylor), and Isaiah Mustafa brings a reverent solemnity to the role of Mike (Chosen Jacobs), the keeper of the traumatic memories who summons his friends back to Derry after a brutal homophobic hate crime results in Pennywise's return, invoking the blood oath they made as kids to kill the clown.

Muschietti fundamentally understands what makes Pennywise so scary and so funny, and he strikes a marvelous balance of tone, earning laugh-out-loud and terrifying moments in equal measure. His Pennywise, played with aplomb by Bill Skarsgård, doesn't have Curry's silly yet arch elegance. But Skarsgård is mesmerizing in his own way, delivering a remarkably unhinged performance, childlike and feral, drool dripping from his bloody, rabbity grin.

After a crackling first act, the film loses the plot during a bloated second hour, where each Loser engages in a perfunctory walk down memory lane to become reacquainted with their childhood trauma so they can fully access it when they confront Pennywise at the end. It's all incredibly Jungian, dredging up their shadows in order to face them. But in the process, it becomes clear the horrors of the real world are so much more horrifying than any giant murderous statues, puking ghouls or elderly wraiths.

Muschietti and Dauberman are loyal to the source, but Muschietti has a tendency to overly hedge his bets, scare-wise. It's almost as if he doesn't trust that Pennywise is scary enough (he definitely is). There's more deliciously creepy anticipation in Chapter Two, but once again, Muschietti buttresses up the spook factor with too many computer-generated monsters that inevitably become banal. Through it all, Hader cracks wise; Ransone worries; Chastain emotes; McAvoy broods, and monsters jump. But we lose the most important thing of all: the Losers themselves. And no amount of giant spider-clown can make up for the emotional connection that keeps us tethered to this world. 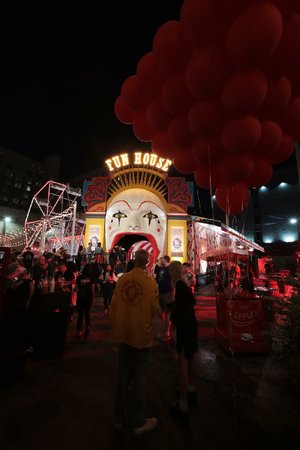 Clown-time is quite over for members of the Losers Club; Pennywise — the avatar for an evil supernatural force — has emerged after 27 years of dormancy to once again terrorize the town of Derry in It Chapter Two.

Print Headline: Welcome to my Nightmare: 'It Chapter Two' is a big-screen funhouse