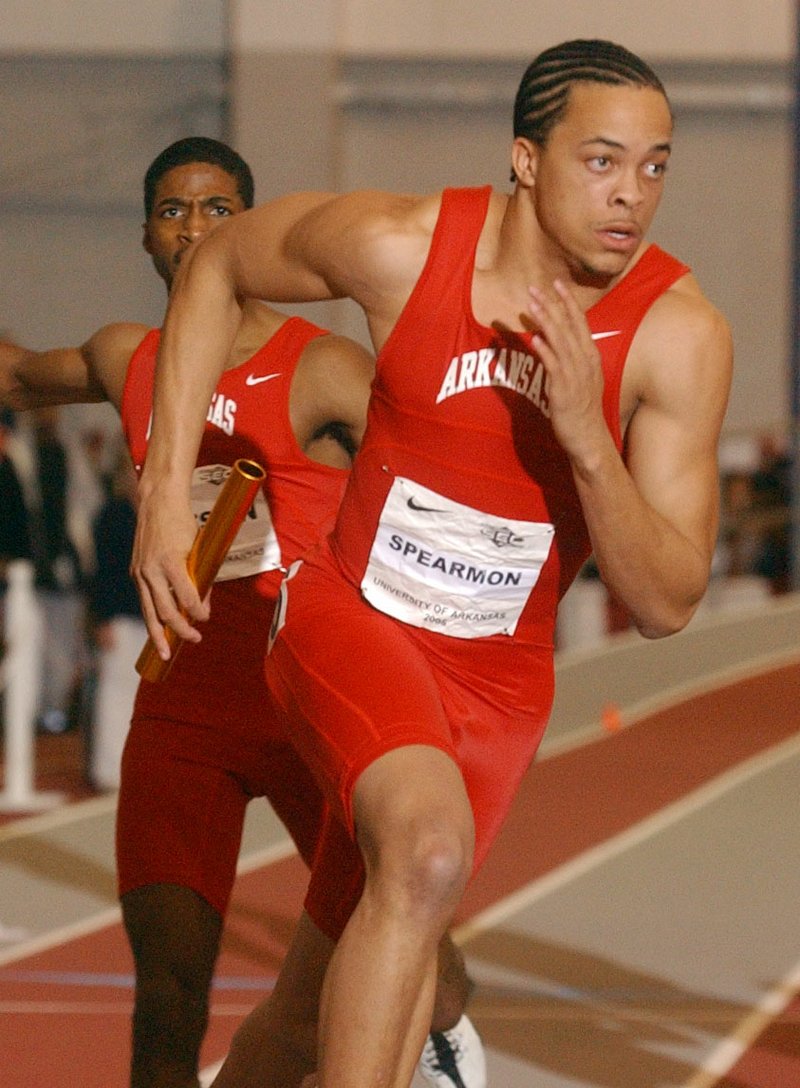 FILE PHOTO Arkansas Razorback Wallace Spearmon Jr. competes in the final leg of 4x400 relays during the 2005 Southeastern Conference Track and Field Championship at Randal Tyson Track Center in Fayetteville. Spearmon Jr. will be one of 14 Arkansas athletics standouts inducted into the UA Sports Hall of Fame on Sept. 13.

Arkansas Athletics, the Razorback Foundation and A Club will join to laud and induct 14 former University of Arkansas Razorback athletes into the UA Sports Hall of Fame on Sept. 13.

The festivities include a benefit golf tournament at 8 a.m. at Fayetteville Country Club. The induction ceremony at the Fayetteville Town Center will begin with a social hour and cocktails at 5:45 p.m., followed by the ceremony and banquet at 6:45 p.m.

Honorees will be recognized just before the Arkansas Razorbacks vs. Colorado State University kickoff at 3 p.m. Sept. 14.

The mission of the UA Sports Hall of Honor is to "to pay tribute and extend recognition to those individuals who have made significant contributions to the honor and fame of the University of Arkansas and its athletic programs and to showcase the history and tradition of the Razorbacks."

Who: University of Arkansas

What: Fourteen former Arkansas Razorback athletes will be inducted.