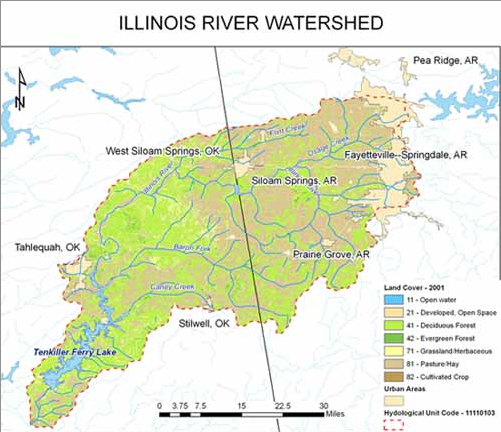 CAVE SPRINGS — Board members from three other Northwest Arkansas cities rejected all 11 amendments proposed by the city of Fayetteville to a draft state water quality regulation Thursday afternoon.

All four cities — Bentonville, Fayetteville, Rogers and Springdale — on the Northwest Arkansas Nutrient Trading Research and Advisory Group must agree on a draft regulation on nutrient trading for the measure to go to the state Pollution Control and Ecology Commission. Thursday's action makes approval by Fayetteville doubtful, said Teresa Turk, a member of that city's city council.

Turk attended Thursday's meeting at the Illinois Illinois River Watershed Partnership building in Cave Springs. Asked what the chances the full city council would approve the regulation as it stands, Turk replied: "Slim."

The regulation in question would allow nutrient trading, a practice in which, for instance, a water treatment operating well below its maximum permitted levels of emitting nitrogen or phosphorous could sell or trade its margin to another plant in the same watershed that was meeting or exceeding that legal limit.

Turk addressed the group before the final vote. It is impossible to know if a regulation is improving, maintaining or making things worse if water quality is not measured, she said. Members of the board replied during discussion that neither the state nor local authorities have the staff to take comprehensive measurements in streams across the state, and requirements for such a program would effectively block all nutrient trading.