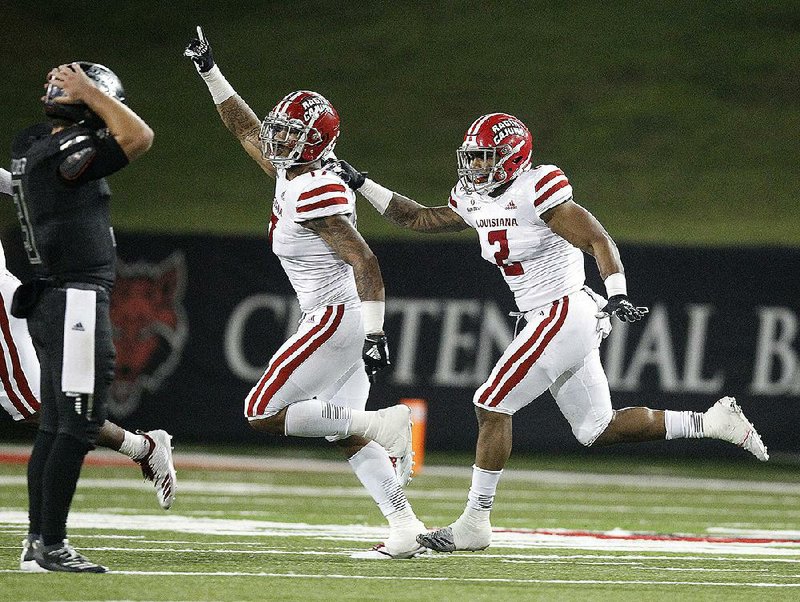 JONESBORO -- At the outset, it appeared to be the exact spark needed to get back in the game.

Early in the fourth quarter and trailing 24-13, with a first and 10 at Louisiana-Lafayette's 25 after a bobbling, 36-yard catch by junior tight end Javonis Isaac, Arkansas State University went with trickery.

Sophomore running back Marcel Murray lined up as the Wildcat quarterback when senior receiver Kirk Merritt sprinted across and took the handoff, then quickly flipped the ball to redshirt freshman quarterback Layne Hatcher, who rolled back after lining up at receiver. Hatcher promptly hit Merritt for a 25-yard touchdown pass, cutting the Red Wolves' deficit to 24-20 with 11:35 to play.

But for the rest of the final quarter, ASU's defense couldn't get a critical stop, and the offense couldn't deliver late comeback heroics. Louisiana-Lafayette scored touchdowns on its final two drives, and the Ragin' Cajuns (5-2, 2-1 Sun Belt) iced a 37-20 victory over ASU (3-4, 1-2) on Thursday night at Centennial Bank Stadium.

"Pretty straight forward -- just not enough. Not good enough," ASU Coach Blake Anderson said. "Some key things that happened late when we got it to a four-point game ... proud of the guys to get it to that point, not giving up when we're down. We just didn't make the plays we needed to win."

The normally routine big plays that ASU's passing game has been able to dish out this season were more scarce Thursday, as Louisiana-Lafayette's defense forced the Red Wolves into more running looks.

"They had a pretty good plan for us, I thought," said Hatcher, who finished 23-for-34 passing for 303 yards, 2 touchdowns and an interception. "They weren't gonna let us throw our [run-pass option plays] as much. They were gonna make us run the ball."

ASU had to rely heavily on Murray for much of the night.

Murray, who's nursed an ankle injury since the UNLV game Sept. 7 and played sparsely since, finished with 35 carries for 164 yards -- each career highs -- while catching 3 passes for 38 yards. Murray entered the game with 33 rushes for 194 yards on the season.

"Just glad to be back with my teammates," Murray said. "Been on the sideline for a few weeks. One hundred percent today, so it felt good."

Less than two weeks after surrendering 722 yards of offense and 52 points to Georgia State, the Red Wolves' defense appeared improved in stretches but still vulnerable other times.

Louisiana-Lafayette, which entered with the nation's sixth-ranked rushing offense, ran for 315 yards and 5 touchdowns, and finished with 496 total yards.

"The defense, when you consider how bad we played a week ago and how we played today, still not good enough but obviously a big improvement," Anderson said.

The Red Wolves went 95 yards in 12 plays on the game's opening drive. Hatcher found junior receiver Brandon Bowling wide open over the middle for a 10-yard touchdown pass, which gave the Red Wolves a 7-0 lead with 10:13 left in the opening quarter.

ASU's defense looked strong after that, forcing two consecutive punts, but the Ragin' Cajuns finally got going when running back Trey Ragas scored from 1 yard out with 11 seconds left in the quarter, tying the game 7-7.

That gave way to a dominant second quarter by Louisiana-Lafayette.

After sophomore kicker Blake Grupe capped a 16-play, 71-yard drive early in the quarter with a 25-yard field goal to put ASU in front 10-7, Louisiana-Lafayette's offense began to gash the Red Wolves' defense.

The Ragin' Cajuns scored on their last three possessions of the half, which included an 80-yard touchdown run by Raymond Calias on the first play of a drive late in the quarter.

The Red Wolves' defense responded with key stops in the third quarter, including a critical interception near the end zone by senior cornerback Jeremy Smith on Louisiana-Lafayette's first drive of the half.

Grupe booted a 46-yard field goal with 4:29 left in the third quarter to cut Louisiana-Lafayette's lead to 24-13.

The game then slipped away for ASU following Hatcher and Merritt's trick-play touchdown early in the fourth quarter.

Louisiana-Lafayette responded with 12-play, 52-yard touchdown drive that chewed 5:08 off the clock as the Ragin' Cajuns took a 30-20 lead.

On the next series, Murray was stuffed on a fourth-and-1 play on ASU's own 43. Two plays later, Calais broke free for a 38-yard touchdown run with 3:18 left, putting the victory away for the Ragin' Cajuns. 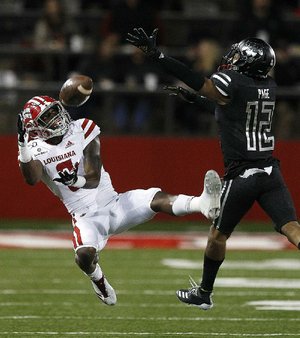 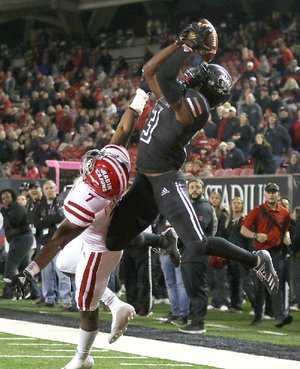