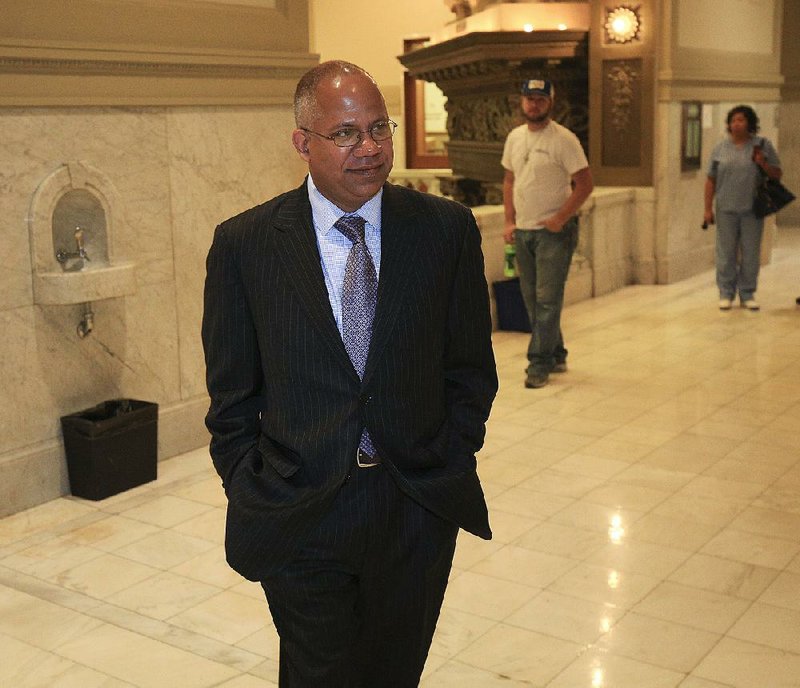 Little Rock city leadership has recommended a $15 million contract renewal with UnitedHealthcare to insure city employees in 2020, putting off a move to a self-funded plan until 2021.

The proposed plan requires approval from the Little Rock Board of Directors. The board moved to delay the vote until its next meeting in two weeks, having just received details about the proposal Tuesday.

The city's health care costs for next year have increased by 15%, or about $1.2 million, from 2019. Under the recommendation, the city will pick up half of that increase, and employees will pick up the balance with their contributions, City Manager Bruce Moore said.

Discussions at two previous city board meetings focused on a self-funded health insurance model in which insured employees would have access to a set of providers in a "clinically integrated network."

That's something Mayor Frank Scott Jr. would like the city to go to in the future, but after it builds up reserves.

"We do express that it is our strong intent to move toward a self-funded model. We would love to do it today," Scott said, emphasizing the need for the city to be conservative with its budget this year.

If the city adopts the proposal, which was developed by Scott, Moore and Human Resources Director Stacey Witherell, it will be the first time that city employees contribute to their health insurance if they are the only employee on it, Moore said.

At-large City Director Joan Adcock expressed concern that the city was charging employees as it was reducing some of the benefits.

"A lot of our employees when they were hired, the benefit package was a lot of the reason why they took the job," Adcock said, noting that city jobs don't always pay as much as the private sector.

"We're sticking on the same horse with no help from UnitedHealthcare," Hines said.

"It just kind of concerns me that we get into another year like we had last year, two years of ever-increasing claims, our health insurance doesn't look as appetizing as it did."

Capt. Richard Morehead, president of Little Rock's local fire union, said he felt that there had not been a lot of information about the insurance proposal.

"Hopefully within this two-week period we can educate ourselves about what this renewal means to us," Morehead said. "It is something new."