Local TV reporter sentenced to jail for recording in courtroom 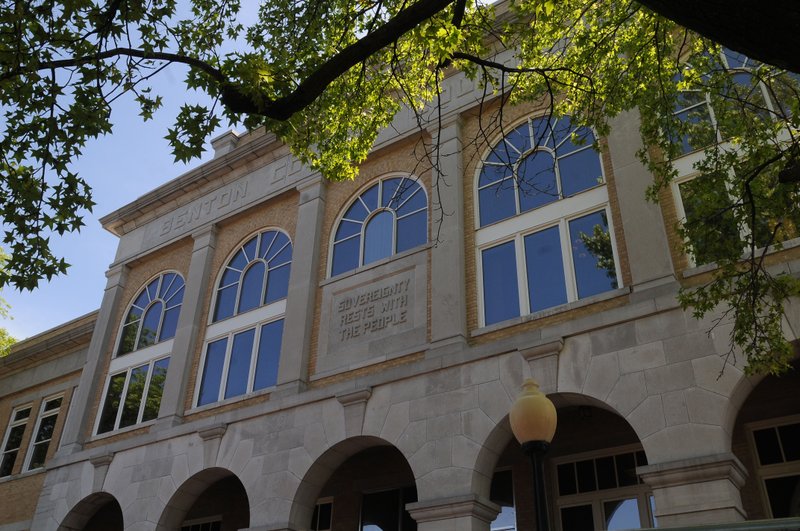 BENTONVILLE -- Benton County Circuit Judge Brad Karren sentenced a local television reporter to three days in jail Tuesday after he found her in contempt of court for recording a hearing in a murder case.

Nkiruka Azuka Omeronye, a reporter for KNWA/KFTA-TV, admitted in court to making an audio recording during the Oct. 7 hearing in Mauricio Torres' capital-murder case.

"Your honor, I would like to say I realize this is a sensitive case," Omeronye said. "I did not mean to disrespect you or your courtroom."

Omeronye said she recorded only for note-taking purposes to ensure accuracy and that she never intended to broadcast it.

She worked at stations in St. Paul, Minn., and Phoenix where reporters were allowed to record audio in courtrooms, she testified.

Omeronye said she never read an order that Karren entered in June prohibiting recording in his courtroom.

Arkansas Supreme Court Administrative Order No. 6 -- titled "Broadcasting, Recording or Photographing in the Courtroom" -- states in part that the broadcasting, recording or photographing of any court proceedings is prohibited without approval by the judge, according to court documents.

Karren has a sign on the front door to his courtroom warning against using any electronic device to record any court proceeding. There are three similar signs in the lobby area.

Jonathan Nelson, Omeronye's attorney, told the judge that he believes his client didn't intend to disobey the court.

"I believe she learned her lesson, and jail time is not something necessary to teach her this lesson," he said.

Karren found that Omeronye deliberately recorded the proceedings and that she was in indirect criminal contempt of court. He placed her on six months of probation and ordered her to serve 10 days in the Benton County jail. He suspended seven of the days, which means she will have to serve three days.

Omeronye is scheduled to begin serving her sentence today. She'll be allowed to leave the jail to go to work.

Karren told Omeronye that she was trespassed from his court, which means she can't cover Torres' murder trial. He said the case has been tried once and that he cannot afford another mishap in the retrial.

"I think you have shown the proper remorse," Karren said. "I don't think you were thumbing your nose at the court."

Karren said he believes that Omeronye's employers let her down by not making her aware of the court's rules.

It's not the first time a member of the media has gotten in trouble in Karren's courtroom.

Karren found Henry in contempt of court for tweeting "BREAKING Zachary Holly guilty of capital murder in 6-year-old Jersey Bridgeman's death" moments after the verdict was read. Karren had entered an order prohibiting the use of Twitter in the courtroom.

Henry admitted to being in contempt of court. He wasn't punished with time in jail, but he agreed to do a story to promote awareness of child safety.

Lisa Kelsey, KNWA/KFTA general manager, released a statement regarding the Omeronye incident: "On behalf of KNWA/FOX24, we regret the incident regarding reporter, Nkiruka Omeronye, who goes by Nkiruka Azuka on air. Nkiruka has offered a sincere apology to the judge, to her colleagues, and to the station. As we do with all our journalists, we have counseled her on obeying all courtroom rules, as well as Arkansas Judicial Guidelines."

Ashley Wimberley, the executive director of the Arkansas Press Association, said the Bill of Rights ensures both freedom of the press and protection from cruel and unusual punishment. "This harsh sentence is an affront to both," Wimberley said. "While Ms. Omeronye acknowledges unintentionally violating the judge's order, she was simply trying to do her job as a journalist. Obviously, reporters respect the right of judges to control their own courtrooms, but this was an overreaching sanction that could have a chilling effect on public access to government proceedings."

The Arkansas Pro Chapter of the Society of Professional Journalists and the organization's Region 12 coordinator requested that Karren withdraw what they described as an unjust and improper jail sentence imposed on Omeronye.

"We consider the judge's actions to be excessive and disrespectful of the public service provided by journalists to all citizens interested in the judicial process," said Sarah DeClerk, the Arkansas chapter's president.