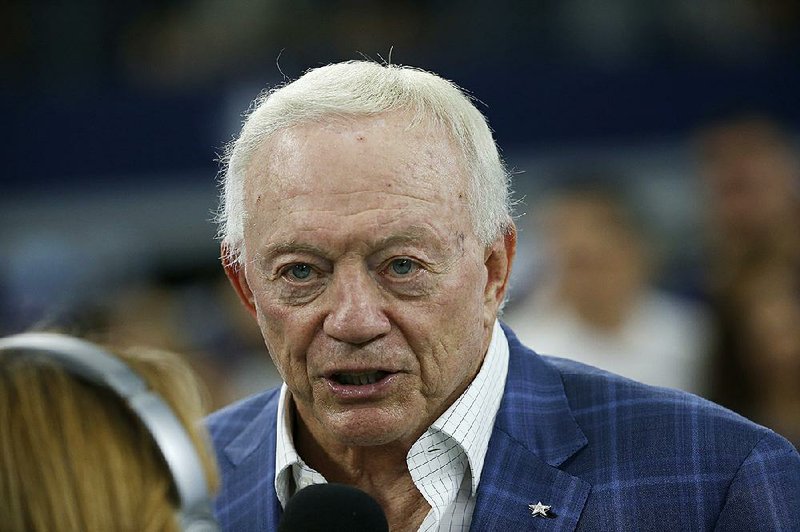 EAST RUTHERFORD, N.J. -- The Dallas Cowboys didn't know what to expect or think when they saw a black cat come on the field in the second quarter of Monday's game against the New York Giants.

Many of the players admittedly don't like cats. And considering they were down 9-3 at the time of the feline interruption, they figured it was more bad news.

Owner Jerry Jones couldn't wait to talk about the Cowboys black cat magic after the game.

"I haven't seen one glare at me that far away before," a smiling Jones said. "I know he was looking at me the whole time he was out there. Things did kind of change. It did seem like we perked up a bit."

"What was amazing to me was how few people wanted to go grab him. I can't figure this out."

Defensive end DeMarcus Lawrence was the first play to spot the cat between plays. He pointed him to the game officials who stopped play as the cat ran to the opposite end of the field, stopped right before the goal line before taking the stadium security on a little chase.

"The first thing that crossed my mind was like [expletive] we got bad luck, but no it just turned on them," Lawrence said. "I was like man, the game over. If a black cat runs on the damn field on Monday Night Football you might as well call it quits, bro. Y'all luck is terrible so it was just bad luck and that was it and I hate cats. They better get this cat before it gets to me."

"Bad luck, stay away," is what running back Ezekiel Elliott said he thought when he saw the cat on field.

"I guess it was bad luck for them," Elliott said.

Quarterback Dak Prescott, who passed for 257 yards and three touchdowns, wanted no part of the black cat. But he did acknowledge the change in fortunes.

"I was just wondering who was going to catch the thing, I wasn't getting close to it," Prescott said. "I'm not superstitious or anything, but I wasn't getting near it. Thankfully we got that thing out of the stadium and were able to get back to the game.

"It could only get better from there. I thought about that. I guess we'll start rolling now that the black cat is coming in bad for the Giants. It's the first time I've seen an animal run on the field during a game that I've been a part of."

Jones was still having fun with the cat Tuesday morning on his radio show in 105.3 The Fan.

Now, he says, he planted the cat as part of his master plan to spark the Cowboys.

"I've had that cat in a big, dark space in that stadium, maybe ever since Jimmy Hoffa was buried ostensibly again," Jones said with a laugh. "Well, that was the old stadium. But I've had that cat back in the deep, dark spots of that stadium for years waiting for him to come out. And when I saw it going so seemingly uphill for us, I told Rosie [his personal security guard, Roosevelt Riley] to go down and unchain him and get him out on the field. So, Rosie was scared of him, too. He was such a wicked looking cat. I caught him glaring at me, and I was half a football field away. That's a scary cat."

Print Headline: Jones: That was a scary looking black cat