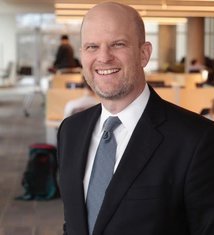 FAYETTEVILLE -- Dennis T. Clark has been named the next dean of University of Arkansas libraries.

Clark, 47, will begin Aug. 1 after working at the University of Virginia as part of the senior administrative group for libraries since last year.

Previously, he worked at Virginia Commonwealth University as the associate university librarian for research and learning. Clark has also worked at Texas A&M University and Vanderbilt University.

In a talk at UA before his hire, Clark said he has experience related to campus library renovation projects. A partial renovation is planned for UA's main campus library, in part to create more study space for students, UA officials have said.

Allen will stay on at UA as a special assistant to the provost. Her salary has not been determined, Rushing said.