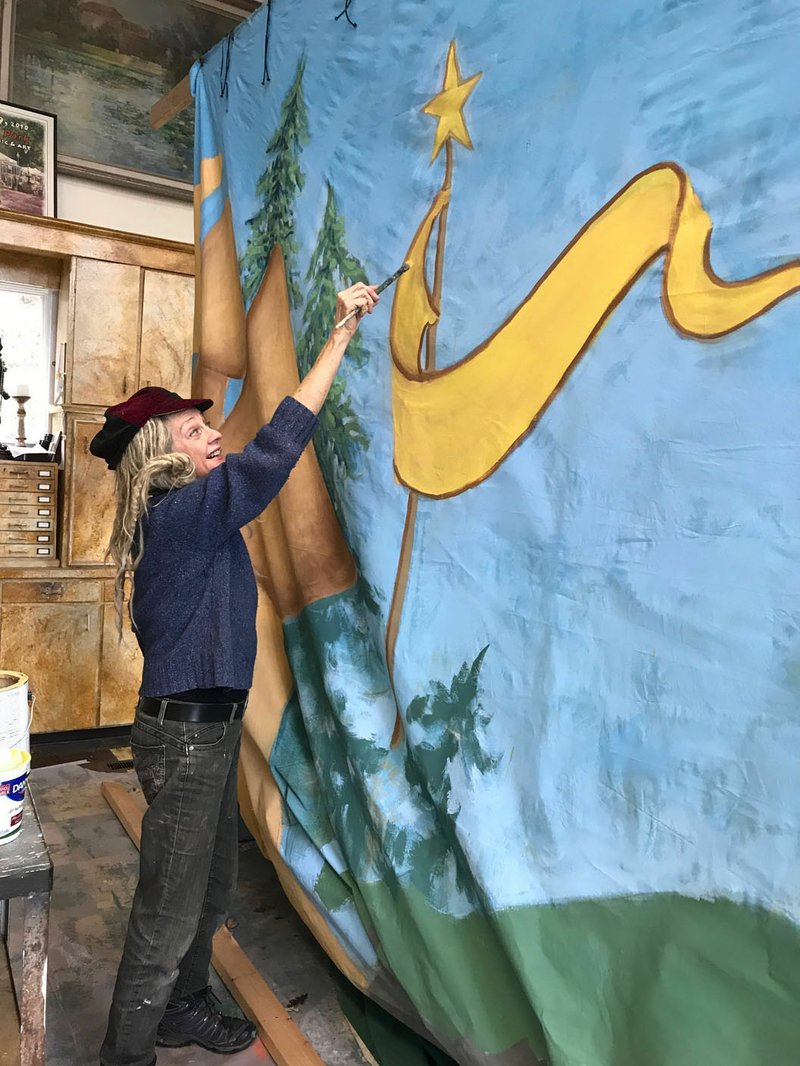 With Mother's Day approaching, I've found myself thinking back on what I was doing this time last year with my mother in town for a visit. We had made the drive up to Eureka Springs to spend the day -- a trip we love taking together -- and ended the night at a locally produced musical almost too adorable for words.

"Willo Mancifoot: The Musical" has crossed my mind more than once in the last year both because of its stunning visuals and impressive assembly, and because despite not knowing anyone or having any children of our own in the cast, my mother and I had such a delightful time watching the precious story unfold.

"Willo" is the stage adaptation of the 1985 children's book "Willo Mancifoot and the Mugga Killa Whomps" by Eureka Springs artist and author Valerie Hubbard Damon. Damon addressed the crowd before the show -- in full wacky, wonderful, vibrant costume and makeup -- and explained how during the three years she spent writing the successful book, she always pictured it as a stage musical. Everything in her life has been building to its debut, she said. And from the moment the curtains opened, the unmistakable amount of work that went into bringing her dream to life was immediately evident.

A dapper narrator introduces viewers to the Swamp of Ornay where the Mugga Killa Whomps live, mostly stumbling around in the dark. The grumpy antagonists decide to stomp over to the neighboring Willobee Land -- where they've heard tell of glowing Light Wing bugs -- and steal the bugs for themselves because, "Might makes right and we want light."

Over in Willobee Land, the bubbly Micket Wee Cricket introduces the audience to the kindly dragonfly Willo Mancifoot, the town's favorite baker Hortet Corbet, and all their cheerful insect friends. After the Killa Whomps' leader, Triangonal Blue, steals the Light Wings, our hero Willo Mancifoot devises a plan to rescue the tiny insects and help the Killa Whomps see the error of their ways. There's plenty of light from the sacred flame vine that lights Willobee Land for everyone, if the Killa Whomps can end their brutish ways and learn to share.

Full of original music by Damon, composer Cathrin Yoder, and Melissa Carper, the songs nearly all come straight from Damon's source material. "The more you give, the more you have; Light overcomes dark; and Nature leads the way" have been Damon's guiding principles since the beginning of her career and they are easy to grasp in the to-the-point songs.

Though Willo's world sounds like a Dr. Seuss book with its zany words, the cast of nearly 30 children all nailed the monologues, songs and concepts. Dance numbers for each song had every one of the kids involved and most even played to the strengths of some actors -- one girl performed a violin solo, and the girl who played Hortet Corbet got to show off her ballet training. As with most material performed by young kids, there were a couple snafus here and there, but all were the kind that only make the show more endearing -- like when a Baby Buggy dancer's flower hat slid down over her eyes and the tiniest cast member reached up to push it back in place for her.

All the costumes -- again, more than two dozen -- were intricate, colorful and surprisingly layered. I had the benefit of attending one rehearsal before the premier and witnessed countless volunteers bent over hats and dresses and wings as the community came together to support Damon's vision. All those details were clear from the stage, as were the innumerable details of the set. It is obvious how much work went into the show from every angle, but I've got to say, the set was undoubtedly the most impressive part for me. The two backdrops that changed between the Swamp of Ornay and Willobee Land were so stunning and elaborate, I thought they must be a page taken from Damon's book and blown up to fit the stage. No. They were hand painted and set the scene beautifully.

Center stage, the two primary set pieces served as both the Mugga Killa Whomps' eerie hovels and the cutesy mushroom houses of the residents of Willobee Land. On rollers, the large pieces were reversible to reflect the setting, and large enough for all the actors to enter and exit through doorways on each piece. The intricate details on both pieces, on both sides, cannot be overstated. Between the backdrop and the rotating set pieces, the audience released an audible gasp when the curtain rose.

The unmistakable amount of work from all corners of the community that obviously went into the production is what made the performance unforgettable. Damon and Yoder, her creative partner, hope to share the rights to the show with other performing arts centers so children in other communities can participate in and learn from its messages. I'd truthfully love to see this labor of love again someday.