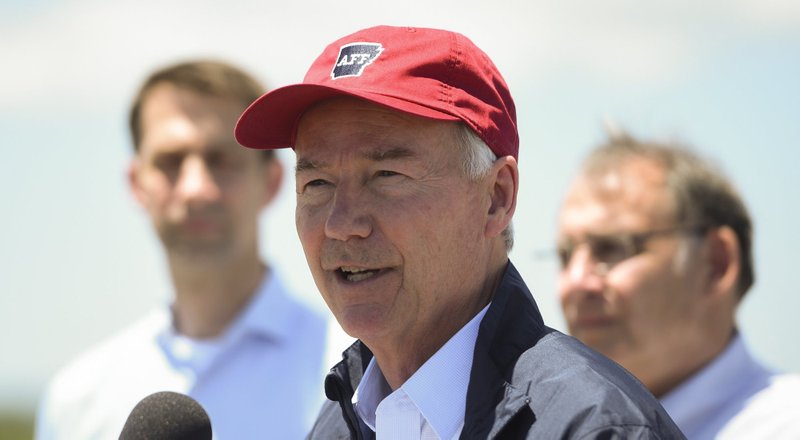 Gov. Asa Hutchinson said Tuesday that one of his primary goals after the Arkansas River flooding will be assessing the quality of the state’s levees, many of which have failed inspections in recent years.

In 2017, the Arkansas Democrat-Gazette found that more than half of the levees in Arkansas that have been tracked and assessed by the U.S. Army Corps of Engineers are in “unacceptable” condition, and legislators and officials have many times raised the issue of improving levees, without success.

The flooding along the Arkansas River, which began to rise in late May and reached its final crest in Pendleton last week, broke records at multiple points in the river’s course, causing damage to thousands of homes and breaching the levee near Dardanelle.

“As I flew over, I was impressed with how well the levee system worked in this state,” Hutchinson said in an interview Tuesday. “Without it, we would have been in much worse state, but [the levees] obviously breached in some spots and was threatening in others, so that’s the first thing to review. What more do we need to do to strengthen our levee system to make sure we’re better prepared for future flooding of this magnitude?”

Hutchinson said his office knew early that the levee system would be an important factor as the high water arrived.

“We had to review the levees, shore up the levees and make sure the resources were there to help our county and city officials,” Hutchinson said. “This was unusual for the lead-up time. We were engaged in this work three or four days before the crest in Van Buren. Once it started to crest, it was then important for me to be on the ground.” 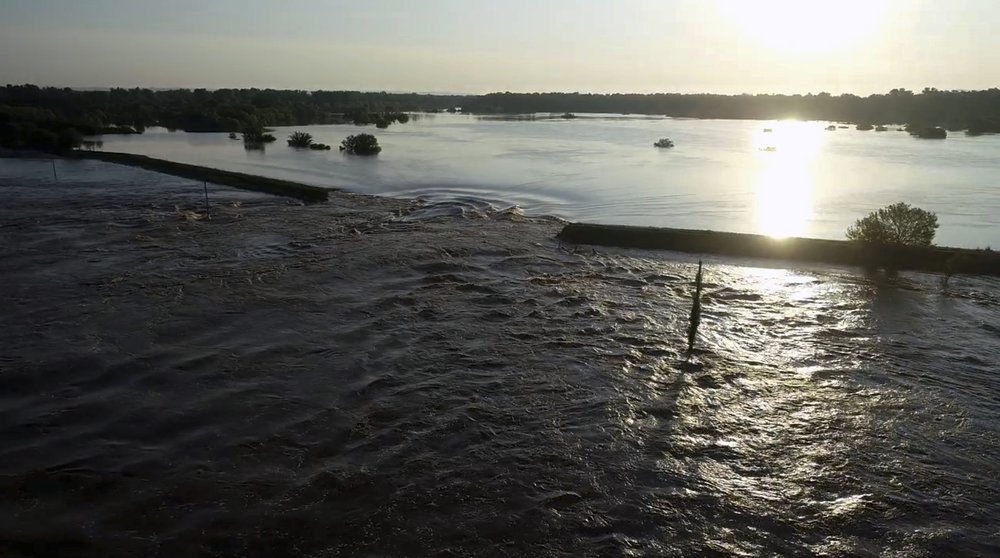 Fixing Arkansas’ patchwork levee system has been discussed for years. Hutchinson said previously that he wanted to increase inspections and the amount of work done on the levees when flooding isn’t threatening them.

Near Conway, Hutchinson said, he walked along the Lollie Levee — which officials feared would fail late last week — and saw firsthand the speed and destructive ability of the river.

Hutchinson said that as he was touring flood sites and managing statewide emergency operations, reviewing the levee system once water receded became an obvious top priority.

“In terms of flood control, I think that would be best served if you can strengthenthe levee system to make sure it’s at the right height,” Hutchinson said.

The Democrat-Gazette’s 2017 report found that 53% of levees in Arkansas had been labeled unacceptable, often because of overgrowth of vegetation or encroachments of roads or power lines that can weaken the structures. Many had problems with their internal drainage systems.

An Arkansas Legislative Audit report from 2009 called for more oversight of the levees.

The Arkansas Natural Resources Commission, at the time banned from even having a list of levees in Arkansas, made recommendations to Hutchinson in 2015 on improving levee oversight.

Upon receiving the reports, the commission compiled a database of the levee districts of which it was aware.

Many of the levees that have faced threats from flooding this year never showed up on that list, and many were considered “inactive” in the Corps of Engineers’ levee safety program and in “unacceptable” condition by the Corps’ last inspection. The Corps noted that many levees had no active levee district, including the Dardanelle Levee that breached May 31.

Levees can only receive financial assistance from the Corps if they are considered “active” in the Rehabilitation and Inspection Program and are at least “minimally acceptable,” according to Laurie Driver, a spokesman for the Corps in Little Rock. The Dardanelle Levee, and others along the river that had issues, such as the Woodson Levee, won’t qualify. Levees are often funded by local millages on the property tax bills of the people who are protected by them, but many levee districts have no such millage. 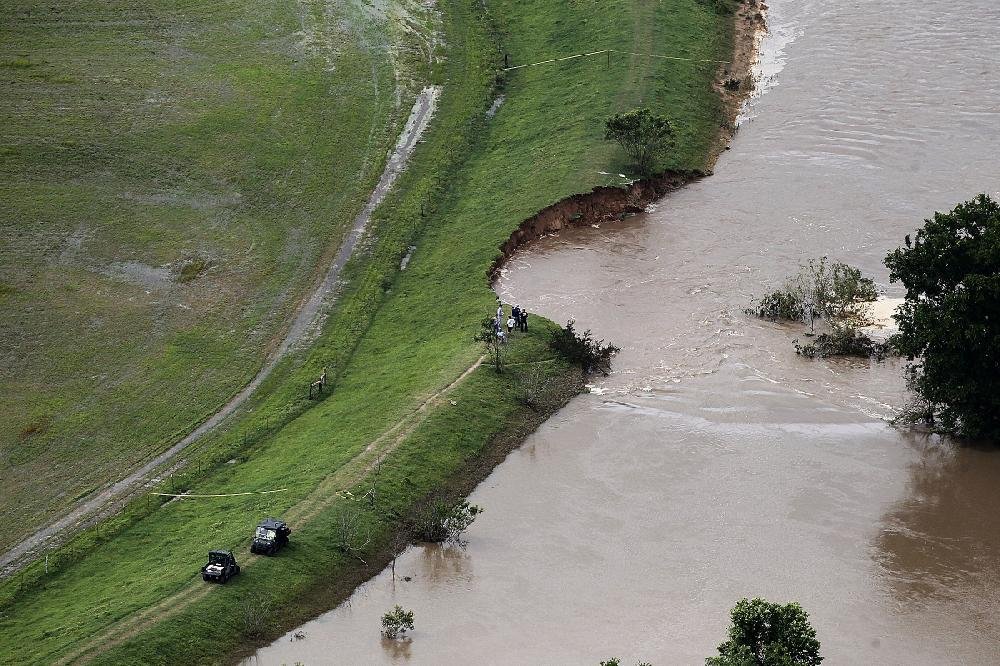 The Arkansas River flows into a huge gap in the levee in the Lollie Bottoms area near Conway on Friday.

A U.S. Government Accountability Office report in 2016 found that Congress has funded few of the tasks it required federal agencies to complete to improve levee safety after Hurricane Katrina. The only completed task at the time was the continued maintenance of the National Levee Database — the database that shows whether the levees are meeting standards, among other things.

Hutchinson did not point out specific changes he would like to make to the levee system, but instead he said that assessing how well the levees performed will be important in determining what — if any — improvements are necessary.

As floodwaters recede, Hutchinson said, officials have been focusing on ensuring the National Guard, Federal Emergency Management Agency and other resources are in the right place to provide aid to Arkansans. But he said he and others are learning from the experience, too.

“The challenge is making sure we’re responding to the needs that are out there, and that takes my approval in many instances,” Hutchinson said. “We’ve never seen anything like this before, but what we’ve been through over the last two weeks is better than any training exercise we could ever have. Our team has learned a lot, and we’ll have more experience and be better prepared in the future.”