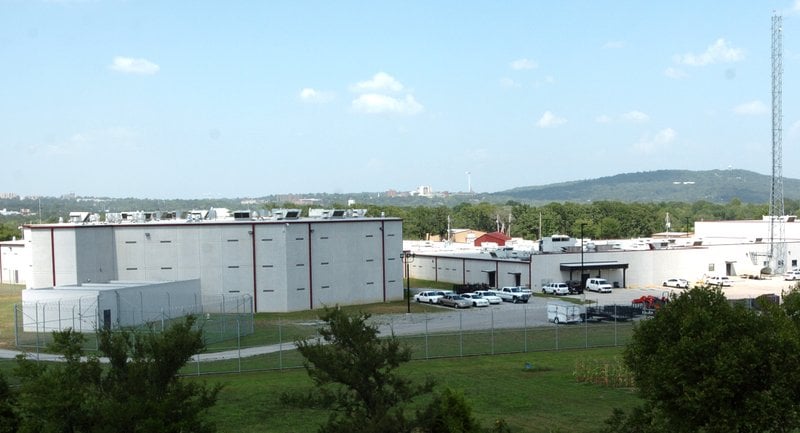 FAYETTEVILLE -- Washington County's justices of the peace on Monday killed a proposal to expand the jail, opting instead for a study of alternatives to incarceration.

The Quorum Court's Jail/Law Enforcement/Courts Committee voted 4-2 to postpone indefinitely consideration of three proposals related to a $38 million expansion of the Washington County Detention Center. Justices of the peace Sam Duncan, Judith Yanez, Shawndra Washington and Lance Johnson voted for the motion while justices of the peace Willie Leming and Ann Harbison voted against it.

The Washington County Detention Center has a capacity of 710 beds. According to the Sheriff’s Office, the Detention Center is generally full at about 675 detainees because state and federal laws and regulations mandate inmates be separated in a range of categories including males from females, pretrial detainees from post-conviction inmates and juveniles from adults, according to the Sheriff’s Office. Sheriff Tim Helder said the county is releasing about 200 detainees a month due to overcrowding at the jail. A proposed expansion would have added about 600 new beds.

"The motion is to squash all three," Duncan, justice of the peace for District 7 west of Fayetteville, said before the vote. "They're gone forever."

Sheriff Tim Helder asked the Quorum Court last year to consider a $38 million plan to expand the jail. Under the plan, voters would be asked to approve the expansion plan and a half-percent sales tax to pay for construction. The proposal also asked voters to approve a quarter-percent sales tax to pay jail operating and maintenance costs. The jail operating budget is supplemented by about $1.4 million from the general fund.

Helder said after the meeting he wasn't surprised by the outcome, given the discussion at earlier meetings leading up to the vote Monday. The Quorum Court has put off sending the jail expansion proposal to a vote since December 2018, choosing to explore alternatives to reduce the jail population. Helder said the arrival of nine new justices of the peace, mostly unfamiliar with the history of the project, made it more likely the process would start over.

Helder said the crowded conditions at the jail are growing worse and something needs to be done soon. He said there have been as many as 100 people at the facility in recent weeks sleeping on the floor or being held in the booking area for lack of proper bed space in the detention areas.

"I think the handwriting was on the wall," Helder said. "Considering the mix on the committee, it was probably destined to fail. I like that they've continued the debate. But I hate that they killed the ordinance. I think the programs that have been discussed need to work in conjunction with the expansion. I don't think they will work without our expansion."

Several members of the public spoke against expanding the jail, arguing the county should try other options including bail reform and diversion programs for those in need of mental health or substance abuse treatment.

"These are things we can do right now to get those people off the floor," Beth Coger of Fayetteville told the justices of the peace.

The justices of the peace who voted to kill the jail expansion proposal all said they need more information and want guidance from someone outside the county.

"The study gives us an unbiased look at what's going on in our system," Yanez, justice of the peace for District 4 in Springdale, said. "It has to be unbiased."

Jenkins said she doesn't want to feel pressured to come to a decision on the jail expansion proposal.

"I think it would be naive of us not to take every possible step," Jenkins said.

Leming, justice of the peace for District 13 in southwestern Washington County, said he believes Helder and his staff have provided the Quorum Court with good information.

"As far as I'm concerned, our sheriff is a professional," Leming said. "His staff are the professionals."

Harbison, justice of the peace for District 14 in the southern part of the county, introduced a motion to have the Finance and Budget Committee agree on an acceptable funding level and ask County Judge Joseph Wood to request qualifications for a company to do an assessment of the entire criminal justice system. The assessment would take about a year to complete, Harbison said at a County Services Committee meeting June 3. At Monday's meeting Harbison said a ballpark cost of $150,000 for the study has been discussed.