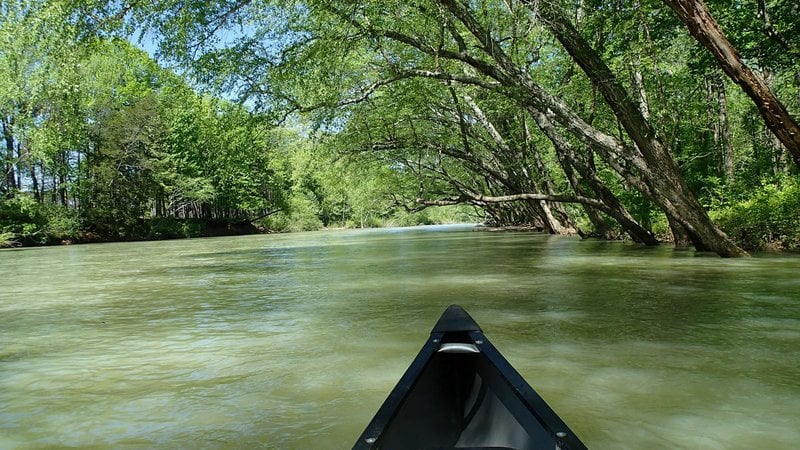 A paddler seated at our table waxed nostalgic, recalling a pay access on a lovely Ozark stream that closed long ago.

Paddlers and fishermen would slip some money in an honor box to cover the nominal fee a landowner charged to cross his property to the river. When the landowner closed the access, it eliminated a fine float trip on a beautiful waterway.

No wonder the landowner locked the gate for good. Sometimes, we'd use the access only to find more trash than we could pick up. It boggles the mind how anyone could be so thoughtless. Goodbye access.

There are still a handful of these private pay access spots available in our corner of the Ozarks, mostly on streams. The lesson to be learned is that we need to take care of the ones that are left so no more of them get shut down.

Our paddler friend told another story, this one more recent. A couple of weeks ago she visited a pay access for an afternoon kayak trip. At the end of the day, she spied a group of young guys trying to get their truck unstuck from the soft gravel bar they'd unwisely driven on.

Their muscle and sweat freed the rig, but they drove off leaving behind a scattering of cans and glass bottles. Shaking her head, our friend picked up their mess and took the trash home.

"If I'd have known they left those glass bottles, I'd have chased after them," she said.

That's what it takes, teamwork, to keep these access areas open. All of us who use these special places need to police our ranks and keep them clean.

Landowners can shut them down in a New York second if there's litter, or if people cause problems and don't behave. One pay access we use has a sign that says "no loud music, no camping, no guns, no littering."

What? No guns? One wonders why that sign is needed, but it takes all kinds.

There's another reason to pick up litter. It increases your karma with the fish. Who's to say it doesn't?

Before launching the boats for a float on Memorial Day weekend, we looked for litter to pick up to boost our fish karma. This particular access was clean, except for two aluminum cans and a candy wrapper.

We picked it up, all right. The four of us proceeded to catch and release 100 fish on that 6-mile float. That's no typo -- 100 fish. It's a good idea to keep a stash of trash bags in the car in the event a put-in spot needs some attention. Five or 10 minutes of little pickup can have an access spic 'n span.

These landowners who are kind enough to share their property aren't getting rich collecting a few dollars here and there. It's up to all of us to respect their generosity and keep their property clean.

Print Headline: Up to users to keep access areas open