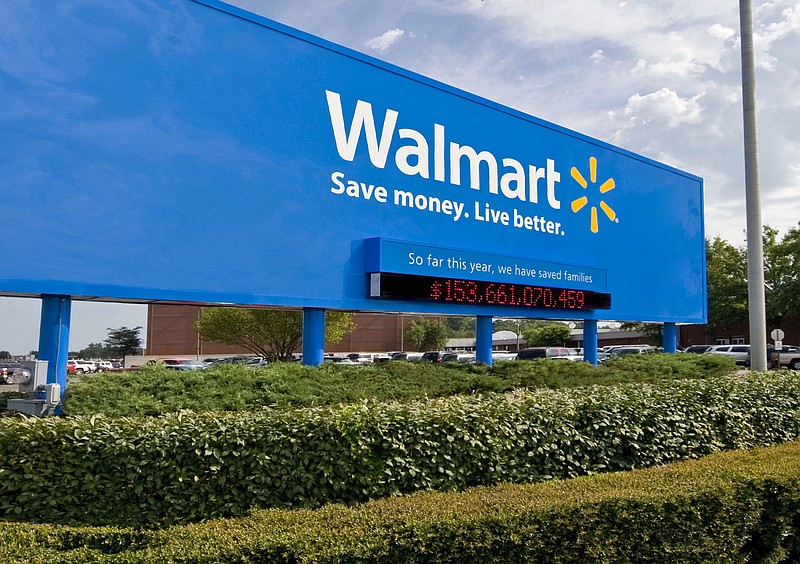 This undated file photo shows Wal-Mart's sign in front of its Bentonville headquarters.

Walmart Inc. is going beyond delivering groceries to customers' homes with a new service that puts fresh groceries directly into their refrigerators.

Marc Lore, chief executive officer of Walmart U.S. e-commerce, said Thursday that the new in-home delivery service will be available this fall to about 1 million customers in three cities -- Kansas City, Mo.; Pittsburgh; and Vero Beach, Fla. From there, it will expand to reach about 70% of the U.S. over the next 12 months, he said.

Lore made the announcement during a media question-and-answer session held at The Record in Bentonville as part of Walmart's shareholders week activities. He was accompanied by Bart Stein, who is heading the in-home delivery program.

Customers will place their orders online and select in-home delivery and a delivery date at checkout. A Walmart employee will gather the ordered items, which will be delivered by employees using Internet-enabled technology and a proprietary, wearable camera to access customers' homes.

Lore wrote in a blog post that the employees providing this service "will also go through an extensive training program which prepares them to enter customers' homes with the same care and respect with which they would treat a friend's or family's home -- not to mention how to select the freshest grocery items and organize an efficient refrigerator."

Also later this year, the in-home service will accept returns for items purchased on Walmart.com. Customers can leave the items on the kitchen counter and the delivery employee will return it for them.

"Part of our core e-commerce strategy is to innovate for the future and leverage our unique assets," Lore said in the blog post. "The technology powering in-home delivery combines the power of our store footprint, store associates and world-class fresh supply chain."

The service was tested for about six months in several markets in New Jersey, Lore said at the news conference. It will augment the Bentonville retailer's other grocery-shopping options including ordering online and picking up the items at stores.

Walmart is on track to offer grocery pickup from 3,100 stores by year's end, Lore said. Also, its new same-day delivery option will be available from 1,600 stores by the end of the year. The retailer has about 4,500 stores nationwide.

Stein was a co-founder of Wim Yogurt Inc., which Walmart acquired in January 2018. The retailer then hired him to head Project Franklin, one of the tech startups in the portfolio of its incubator hub, called Store No. 8. Walmart revealed very little about Project Franklin or its purpose, and the company no longer appears on the list of businesses operating under the auspices of Store No. 8.

Doug McMillon, Walmart's president and chief executive officer, hinted at Project Franklin's purpose in a news release, in which he said that from the time Stein and his team joined Walmart, "it only took them five months to conduct their first test" of in-home delivery.