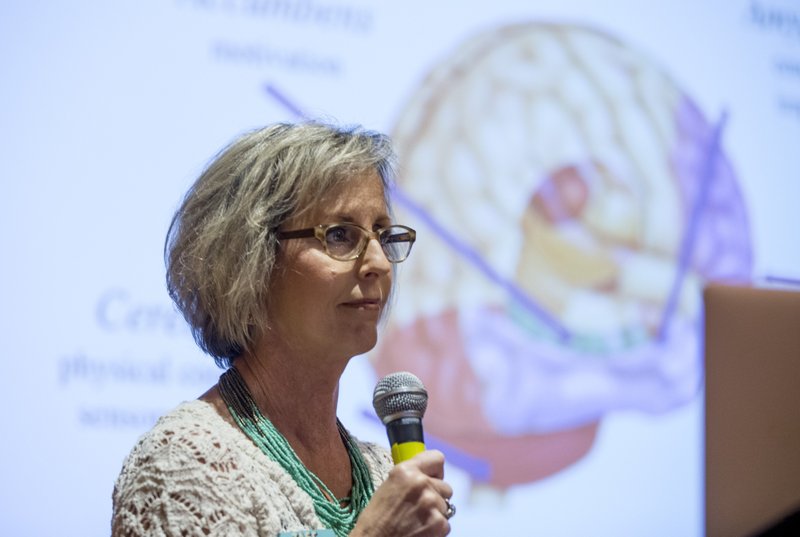 ROGERS -- Will Worthy was at an age where his future was at a crossroads when he moved to Bentonville as a ninth-grader.

Growing up in inner-city Memphis in the Binghampton area, Worthy was a self-described "real rough kid."

"We didn't have very much money at all," Worthy said. "Once we moved up here, I realized I didn't have to be the same person."

Worthy, now 26, will begin his first year as a history teacher and coach at Rogers Oakdale in a couple of weeks. He admits he's a little nervous, but the apprehension is minute compared to the excitement he's feeling over getting a chance to connect with his students as a mentor.

Worthy was part of a packed audience on Thursday at the Mercy Coaching Summit at the John Q. Hammonds Center. The session on Adolescent Mental Health: Understanding Issues That Impact Your Team. Dawn Spragg with the Teen Action and Support Center led the seminar.

Spragg covered a wide area in understanding how the human brain develops from infancy to adolescence and into adulthood. One of the topics she hit on was teaching teens how to reason for themselves to make better choices.

Spragg gave some eye-opening statistics on how trauma affects teens' brain development. She used the term ACES -- Adverse Childhood Experiences -- and how those events can impact the growth of a teenager.

There are a number of ACES that a child could see in their lives, like abuse, divorce, the death of a parent or sibling, poverty or alcoholism.

"A child with four or more ACES is 460 percent more likely to suffer from depression," she said. "That is huge."

Spragg said coaches can have a huge impact on students because of the amount of time they spend with their athletes. She told a story of a wrestler who also suffered from a myriad of mental challenges, coming from a home where both parents were drug users.

The athlete was able to move in with his grandmother, who gave him the support he needed at home. And his wrestling coach became a mentor at school. Things were going so well that the athlete decided he did not need to continue to take medication for ADHD, but he sold the drugs to a classmate and got caught.

"He needed the money, and so he made an impulsive decision," Spragg said. "He knew it was wrong. And the shame storm that came on was horrendous. But he just could not get past this one thing ... disappointing his coach, who believed in him.

"He was not allowed to come back on campus, so he had to work hard just to get to speak to his coach. But he did it. And the coach was so amazing. He never said, 'What's wrong with you? You blew it.' He said, 'If you can do community service, do what they tell you to do. If you can do that, you can get back on this team as soon as they let you back in school.' He made one mistake, but the thing that motivated him to stay on track and not go down this terrible hole was the relationship he had with his coach. That is how important you are."

Worthy credited coaches at Bentonville who helped him get on a path that ultimately led him to join that same fraternity.

"My coaches, they took me under their wings and helped me grow into the man I am," Worthy said. "I have always worked with kids, and I have always had a good connection with students, and I feel like I have really been called here through my experiences, to be able to pour back and give back to the community and the students. So I feel like a lot of the traumas and hardships I went through, that I went through those for a reason and I can hopefully help these students and players to grow up and be a successful part of society."

Worthy, who graduated from Bentonville in 2011 and earned his college degree from Arkansas Tech, said his coaches often provided him with meal money when he had none or provided him with shoes when he needed them but did not have the money to afford them.

"They were so instrumental in helping me and my family, like being able to eat on Thanksgiving," Worthy said. "They drove me around. They taught me how to be a man, taught me to love well, how to care for people and be empathetic. And that's how I want to be as a coach going forward. I want to be a person for students to come to and trust as well as teach them how to grow up and to talk to people and how to love people."