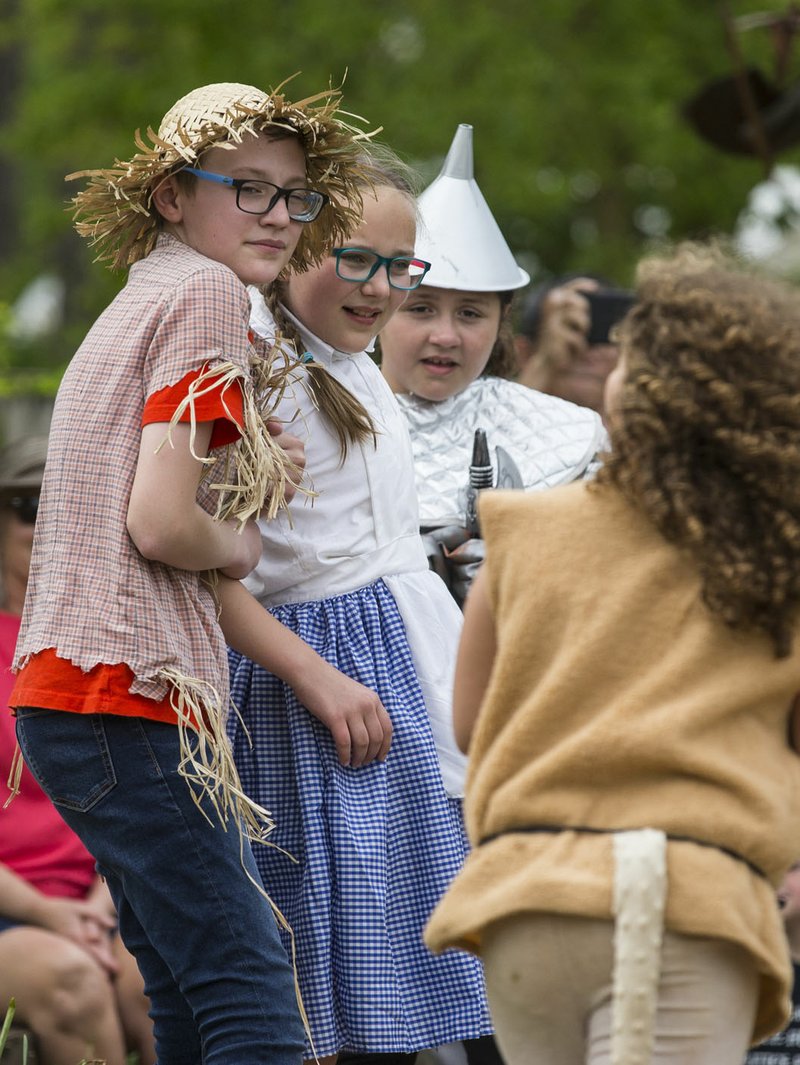 File Photo/BEN GOFF @NWABENGOFF In addition to classes and performances at their own theater at 818 N. Sang Ave. in Fayetteville, Arts Live Theatre partners with other area organizations like the Scott Family Amazeum and the Botanical Garden of the Ozarks (pictured here) to bring youth theater to audiences all over Northwest Arkansas.

When Arts Live Theatre's executive director Mark Landon Smith took over the reins at the Fayetteville youth theater company, two productions were on the season roster. Last year, between the mainstage productions and special events with partners like the Botanical Garden of the Ozarks and Scott Family Amazeum, Arts Live produced 14 shows. The expansion of season offerings, says Smith, is all about giving young theater artists as many opportunities as possible to perform, design, write and work behind the scenes.

"I have a great staff," says Smith. "We would not be able to do what we do without our staff and our creative partners and our teaching artists and directors and our parent volunteers and board. It takes a city to do what we're doing."

"Plain Kate" (Aug. 22-25): ALT's Educational Director Jules Taylor penned this adaptation of Shakespeare's "The Taming of the Shrew," which is set in a modern-day high school.

"The Monster Hunters" (Sept. 26-29): Things get scary for a group of monster-hunting kids when they encounter their first one.

"The Wizard of Oz" (Nov. 7-10): "We have done the nonmusical version but haven't done the MGM version until now," says Smith. "All of the favorite songs are in there -- 'Over the Rainbow', 'We're Off to See the Wizard' -- but also some songs people may not have heard. The 'Jitterbug' sequence was cut from the movie but is in the stage musical."

"'Twas the Night Before Christmas" (Dece. 12-14): This adaptation of Clement Clarke Moore's classic poem is written by an ALT student. Both Smith and Taylor are experienced playwrights and are always happy to encourage students who are interested in writing. "The more hands-on and student-centered productions, the better, from writing to costuming to lights and sound," says Smith.

"Our Stories" (Jan. 23-26): ALT actors will use experiences from their own lives to develop this show. Smith says last year's version of this project was compelling theater. "Whatever they want to talk about, whatever is on their mind" goes into the production, he says, and adds: "In the past, we've been really very impressed with what they've written. "

"Holes" (Feb. 27-March 1): Louis Sachar's popular young adult novel is beloved on the page -- and on the stage, in this adaptation. "It's kid-oriented -- the kids' journey is told from the kids' point of view."

"Laura Ingalls Wilder: Voice of the Prairie" (May 28-31): This biographical play celebrates the life of the venerated author of "Little House on the Prairie."

"The Kids of Mount Olympus" (June 25-28): Written by longtime ALT student Kayleigh Callaway, Smith says this play "is the story about the children of the gods, going about their ordinary lives, navigating relationships and social media -- but their parents happen to be Venus and Athena, and they're just trying to download an app."