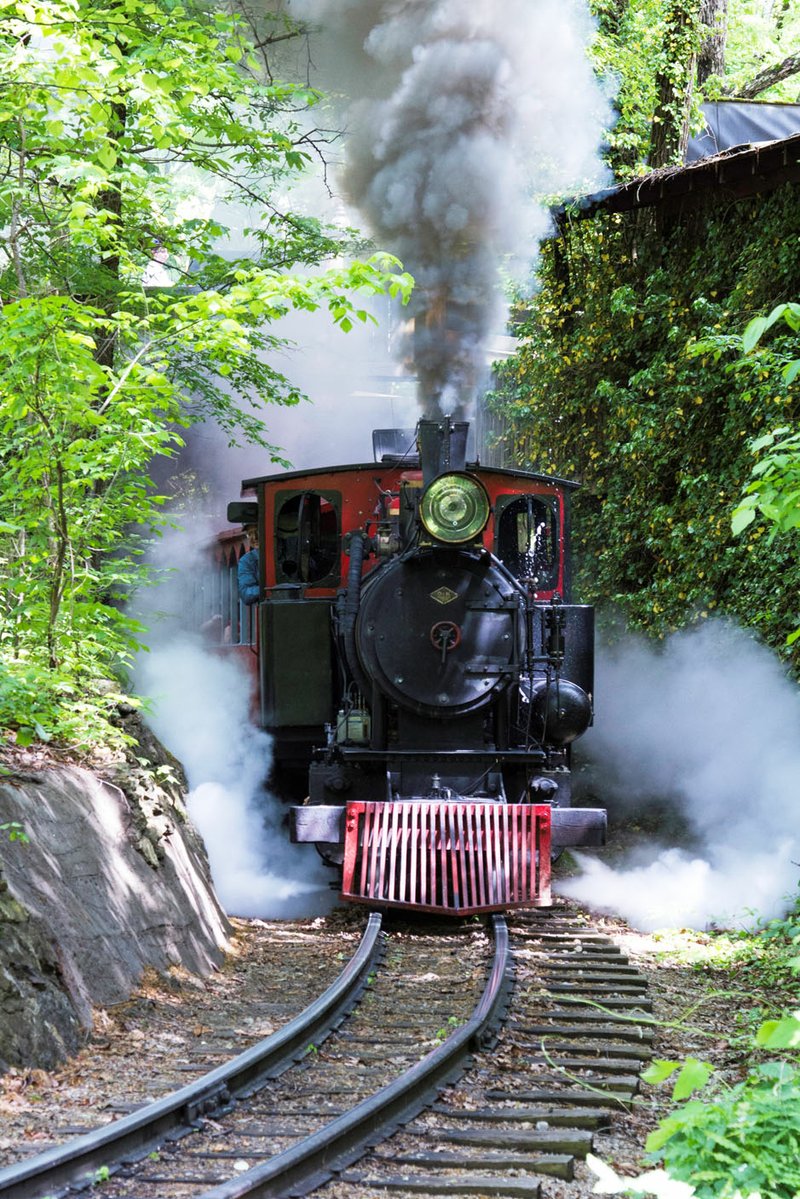 Photo courtesy Silver Dollar City Attractions manager Morgan Duncan says the steam train is her favorite ride because even the smell and the sound bring back memories of childhood visits to Silver Dollar City. The Branson theme park was recently named one of USA Today's Top 5 Theme Parks.

Like so many people in the Midwest, Morgan Duncan has fond memories of visiting Silver Dollar City with her parents and grandparents and "making memories, year after year."

So it works out perfectly that she is attractions manager for the theme park's "legacy rides" -- the ones that followed after Marvel Cave opened up to tourists in 1960. And it's no surprise that rides like the steam train, Flooded Mine and American Plunge are among her personal favorites.

"One thing we love about our classic rides is really anyone in the family can ride," says Duncan, who is in her third year at Silver Dollar City but dates her time in the industry to 1998. "We've got something for everyone, all the way from the little kids to the big kids.

"These rides are a little bit more family oriented, so to say, where you can have the entire family ride the same train together, or on Flooded Mine, infants all the way to grandparents can ride," she adds. "What we really enjoy hearing is parents saying, 'I remember coming on this when I was little' -- and now grandparents say the same thing."

Right now, Duncan and her colleagues are gearing up for Moonlight Madness, which begins Saturday.

"Over 40 rides and attractions are open from 9:30 a.m. to 10 p.m. July 20 through Aug. 4," explains park spokesman Dalton Fischer, "including Time Traveler, the world's fastest, steepest and tallest spinning coaster, and the world-famous wood coaster Outlaw Run, voted as one of the Top 10 Coasters in America by USA Today's 10 Best in 2019."

In addition to those venerated park offerings -- and this summer's new Broadway-style production, "Reuben's Swashbuckling Adventure" -- during Moonlight Madness, music group Prince Ivan leads family games on the Gazebo stage and emcees nightly street dances on the square; pop cover band The Rosy Hips performs on July 27 and '80s cover band Members Only on Aug. 3; and the evening variety show, Hits from the Hollow, ends each night with a fireworks finale in Echo Hollow.

But it's still the family adventures that make Duncan smile the most.

"It's just a different atmosphere at night," she muses. "It's still very family oriented, but there's something special about coming out at night, when it's cooled off a little bit. And the rides feel a little different when you're riding in the dark. Plus, we have some experiences we can't offer in the daytime, like the fireworks show.

"I absolutely love seeing those genuine smiles," she adds. "People are genuinely friendly; they want to have a good time. And I love knowing we were chosen to help them make those family memories."