4 lawmakers from state weigh in on Trump's remarks 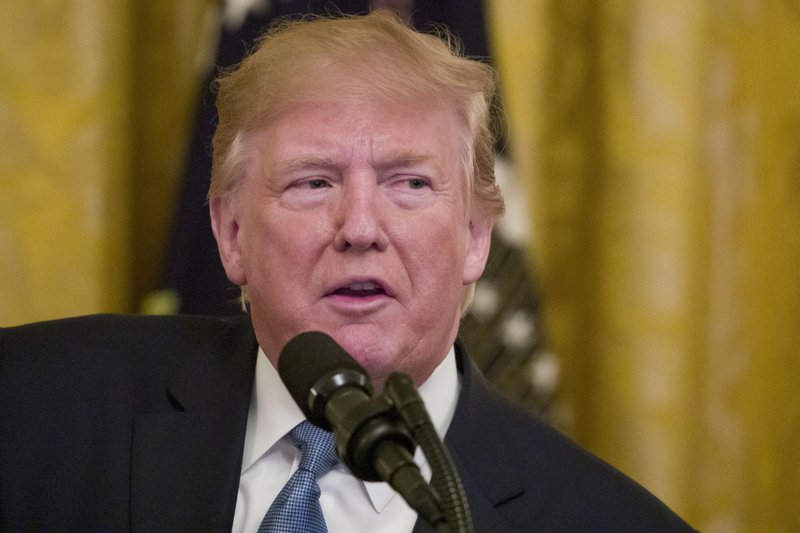 This July 8, 2019, file photo shows President Donald Trump speaking during an event about the environment in the East Room of the White House, in Washington. (AP Photo/Alex Brandon, File)

The state's six-member congressional delegation is Republican, white and male.

Trump tweeted Sunday that the Democratic lawmakers should "go back" to where they came from, then he defended the statement, telling reporters Monday: "These are people that hate our country."

He amplified that message later in the day, tweeting that America "will never be a Socialist or Communist country," adding: "IF YOU ARE NOT HAPPY HERE, YOU CAN LEAVE! It is your choice, and your choice alone."

"Like many Americans, I'm tired of the war of outrageous and ill-informed comments -- from our president and other elected officials," Hill said in a written statement. "This country needs less social media back-and-forth and more civil debate on policies that contribute to a stronger, more united nation."

"The President's remarks are not defensible. Nor are the anti-American, anti-Semitic and extreme policies espoused by the socialist wing of the Democrat majority," he tweeted. "Let's change the tone and focus on real issues."

U.S. Rep. Bruce Westerman of Hot Springs criticized Democrats for their ideas and the president for his ad hominem attacks.

"The new socialist Democrats advocate ideas that will bankrupt American families, slow productivity and weaken our military; however, the president's tweets weren't about policy, and were unnecessarily demeaning. Governing well requires debating policies, not personalities," Westerman said in a written statement.

"What our nation needs right now is for leaders to come together over the one thing that should unite all of us -- the common recognition that America is the best, most prosperous and free country in the world -- and work to make it even better," he said in a written statement. "I have always found that disagreeing without being disagreeable provides the most opportunity to get things done. While we can vary on what policies we support, singling out people whose opinions differ from our own is bad for discourse and public civility."

A spokesman for U.S. Sen. Tom Cotton of Dardanelle said he had no comment on the tweets. A spokeswoman for U.S. Rep. Rick Crawford said the lawmaker had not yet issued a statement.

Print Headline: 4 lawmakers from state weigh in on Trump's remarks