FAYETTEVILLE -- A longtime University of Arkansas, Fayetteville professor began Jan. 1 as executive director for the David and Barbara Pryor Center for Arkansas Oral and Visual History.

William Schwab, 71, said he wants to make the Pryor Center a "household" name throughout the state by showcasing the center's video interviews with noteworthy Arkansans and donated news footage dating back to the 1950s.

A new project will involve interviewing key figures in the state's political transformation from Democratic stronghold to deeply Republican, said Schwab, who will maintain a part-time appointment as a professor in UA's Department of Sociology and Criminology.

As recently as 2010, both of the state's U.S. senators and three out of four U.S. representatives were Democrats. Now, all are Republicans, as is the state's governor, Asa Hutchinson.

"We want to interview the governor and other people who were important in bringing that change about," Schwab said.

The center's downtown Fayetteville location also hosts lectures open to the public, and Schwab said there is an "emerging relationship" with the Arkansas Educational Television Network to broadcast materials from the Pryor Center.

KATV, a Little Rock television station, in 2009 donated some 24,000 hours of archived news footage. With the help of grants, including $1.5 million from Barbara Tyson and the Tyson Foods Foundation Inc., the footage is being digitized.

Schwab said the first batch of video will be posted online by late spring. The Pryor Center was created in 1999 with the help of seed funding from former U.S. Sen. David Pryor and his wife, Barbara. Schwab said the center now has a staff of seven and a yearly budget of about $500,000.

The center's previous director, Randy Dixon, is staying with the center to oversee the KATV project archive. 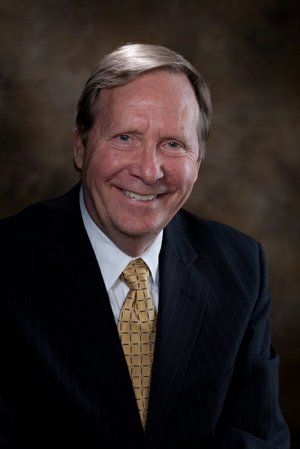