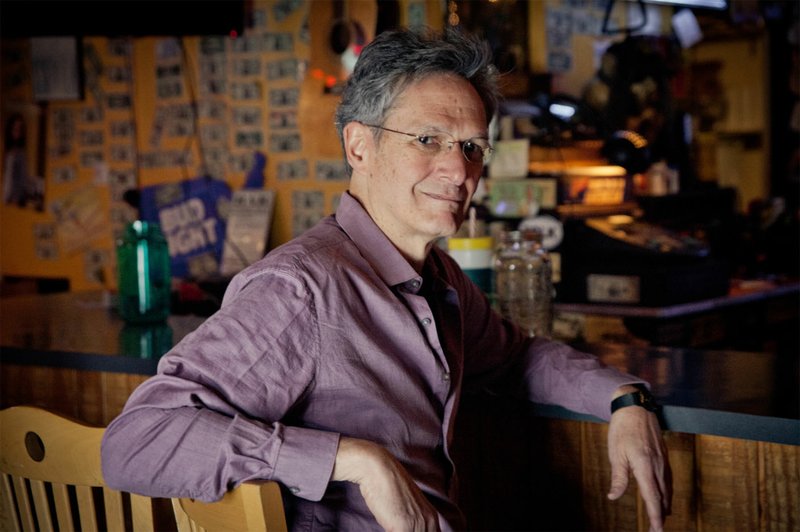 Courtesy photo Songwriter Pierce Pettis released his first solo studio music in a decade with "Father's Son," out Jan. 18. Cove Concerts in Springdale hosts an album release show with the artist on Saturday.

Pierce Pettis has been called a songwriter's songwriter. The Alabama musician has been writing and recording music for nearly four decades and returns to Northwest Arkansas on Saturday for an intimate performance at Cove Concerts in Springdale. Pettis' January release, "Father's Son," is his first solo album in 10 years and explores loss, memories and relationships. He took a few minutes away from experimenting with his baritone guitar on a recent morning to answer these questions for SUP ahead of his visit.

Q. Congratulations on the album release! Tell me a little bit about getting back into the process of releasing new music.

WHERE — Cove Concerts in Springdale

A: Well, actually it's not the first new album I've done, it's just the first one I've done by myself. Four years ago I released an album with Tom Kimmel and Kate Campbell; I was on a couple of compilations; I did a live Christmas album with my daughter down in Texas at Blue Rock Studio. That was fun.

But as far as getting in the studio and doing my own stuff, it's been a good 10 years. That's a long, drawn-out process, I'll tell you ... choosing the songs, getting the players, finding the time. We would have studio dates, but then we'd get bumped because somebody with a much bigger budget would need the studio. So it literally took years to get this project together. We probably starting working on it four or five years ago.

Q. The album is a mix of songs that have been around for awhile and some new works. How was the lineup chosen?

A. That's where having a really good producer is a good idea. Sometimes as a writer, you never really know what's good. We had at least 50 songs we were looking at to choose from. It was just a matter of finding good songs and recording. But we try to do more than that; we try to put together an album that makes sense as a whole. It's like a little journey you take people on. You want all the pieces to fit.

Q. There's some really intimate and emotional material on this album. Tell me about laying that down to put out there in the world and share with people.

A. Well, the thing is, when you're a writer, I think it was Philip Roth who had a quote years ago, he said, nothing bad happens to a writer because it's all material. And that's the way you look at it. For me, my songs are not an advertisement for me or my ego or my life. It's really about the song. But like a method actor or anybody else, you draw from your own emotions so that your songs will have life.

Q. You said ahead of the album's release: "The biggest change has been getting over myself and realizing this is a job and a craft. And the purpose is not fame and fortune, but simply doing good work." What promoted that change?

A. Don't you think that might be true in all professions? I mean, if you're going to be really good at something, you've got to do it beyond all reason. It has to be about the thing itself. That's when you really start to get good at it, I think, is when you get over your own ego. When you turn it away from yourself, the entire universe is your pallet. And that's when your work becomes real and that's pretty cool.