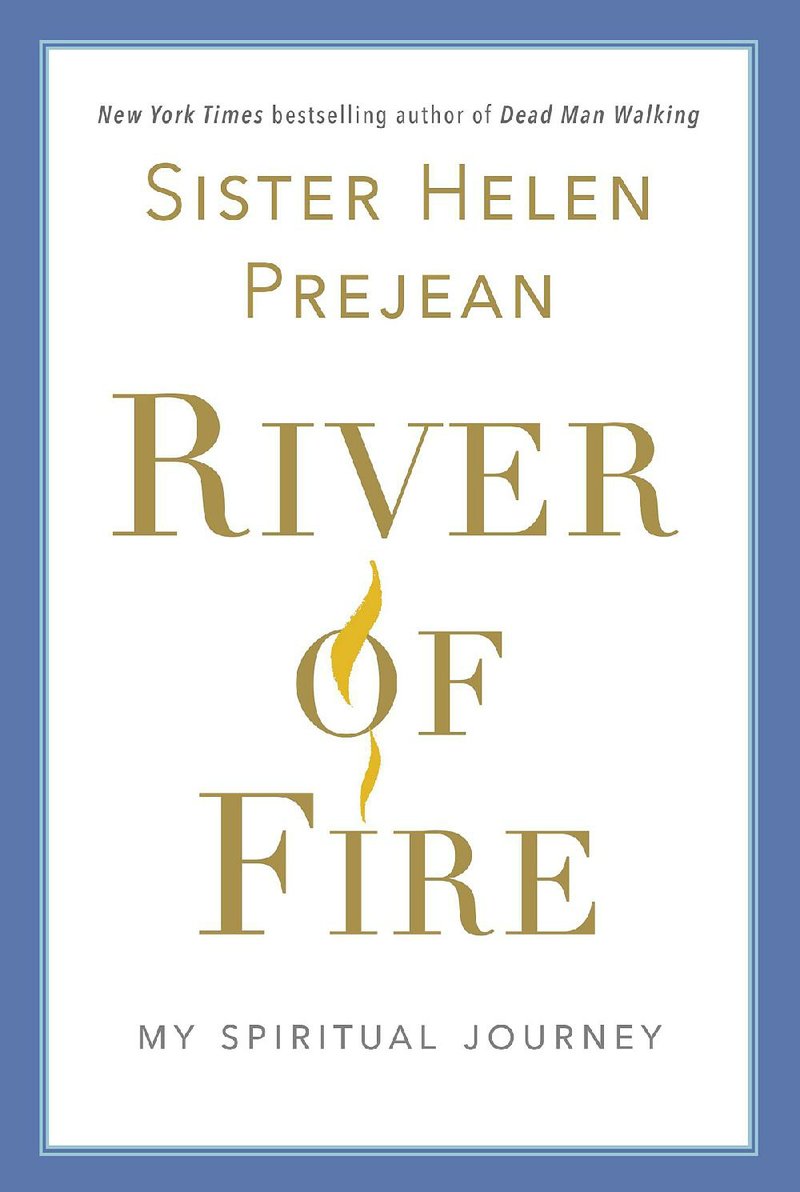 An excerpt from Lamentations reads: "Let us examine our ways, and test them, and let us return to the Lord."

Examinations of faith through the lens of oneself and others form the foundation of the Arkansas Democrat-Gazette's selection of book recommendations for holiday gift-giving this year.

Multidenominational and suggested for readers of all faiths, the remaining titles will conclude our list next week.

The Roman Catholic nun, anti-death penalty activist and author of the best-selling book, Dead Man Walking, is back with a prequel to the book that was made into the 1995 movie of the same name, starring Sean Penn and Susan Sarandon as Prejean.

River of Fire chronicles Prejean's earlier life and entry into the convent, through when she was asked to correspond with Louisiana death-row inmate Patrick Sonnier, and the book is as much a memoir of her own spiritual awakening during that time.

Prejean's writing is straightforward, which lends a stark quality to what she witnesses in society as a nun with newly taken vows in the 1960s, but the book is also well tempered with lighthearted moments. (It turns out being a nun can get you out of a ticket.)

Prejean said in an interview with the Arkansas Democrat-Gazette in March that the book was about "waking up" to faith, racism and "my own white privilege."

"I was in my little bubble of the suburbs and just not connected to what was going on in the inner city, not connected with the struggles of poor people and the racial struggles that people had," Prejean said. "It's about waking up, so I'm going to take [readers] with me on that journey."

Prejean's awakening to faith is gradual and comes with its own hard knocks, but readers should see the river flow almost literally into the rest of her story as she has written it down so far, for the last page of River of Fire is also the first page of Dead Man Walking.

Exactly as You Are: The Life and Faith of Mister Rogers, by Shea Tuttle (Eerdmans, $23.99)

Ordained minister Fred Rogers possessed a spirituality that touched everything he did in his more than 30-year span as the host of the eponymous show he created that reached generations of children.

Shea Tuttle speaks with multiple sources, and plenty who knew Rogers before and during the years he spent making Mister Rogers' Neighborhood. She visits his hometown of Latrobe, Pa., and Pittsburgh Theological Seminary, his alma mater. The result of her efforts is a well-informed trove of information that tells the narrative of his life in a linear, cadenced style.

Rogers developed an unlikely friendship early in life with a fellow student and popular football player at his high school. He and his wife, Joanne, also bear witness to the trauma his son experienced in being separated by hospital staff for an operation when he was 2 years old. These and other experiences were informed and shaped by Rogers' faith, a theme that Tuttle returns to throughout the book in a thorough look at what she calls Rogers' religious DNA, the faith of "an icon of kindness."

Food is imbued with spiritual meaning, says Feinberg, host of the podcast The Joycast and author of Scouting the Divine and Fight Back With Joy.

Referring to God as "the original foodie," she plumbs the depths of a perspective on food as Sacrament, and a source of nourishment -- physical and spiritual.

Feinberg takes readers on a spiritual and culinary journey that looks at foods as symbolism and as sources of God's blessings. Learning how to pick olives in Croatia and learning how to pick figs in California, she and readers seem to find out together the parallels that tie the juiciest, best-quality foods to the satiety that can be derived from readings of Scripture. Each chapter focuses on a particular food and gives readers a chance to engage with that food via recipes she supplies at the end of each section.

Readers who are further interested can also pick up a copy of the study guide that accompanies Taste and See, which is sold separately.

The Virgin of Prince Street: Expeditions Into Devotion, by Sonja Livingston (University of Nebraska Press, $17.95)

A literal search for a statue of the Virgin Mary threads its way through many of the 15 essays that comprise Livingston's third collection of such works. The search is a tangible parallel to the faith journey she embarks on in returning to the Catholic Church, an institution steeped in tradition and weathered by abuses and dwindling numbers in the pews.

Livingston, an associate professor of English at Virginia Commonwealth University, re-examines her life and her perspective on Catholicism through such avenues as a visit to a mobile confessional in Louisiana, with inmates at a Mass at a correctional facility and through the eyes of the many adherents, and those she crosses paths with along the way.

The book also explains many aspects of the Catholic faith, but the exploration involved in her personal "expedition into devotion" is one that can resound with faith adherents and seekers across religions.

A Christian and a Democrat: A Religious Biography of Franklin D. Roosevelt, by John F. Woolverton with James D. Bratt (Eerdmans, $32)

"A Christian and a Democrat" was how the nation's 32nd president once responded during a news conference when asked where he derived his "political philosophy."

A lifelong Episcopalian, Roosevelt's faith was a constant in his life and is the focus of Woolverton and Bratt's biography of the leader commonly known for establishing the programs that would become the New Deal during the 1930s in response to the Great Depression, and heading the nation during World War II.

Lesser known, though, is the strong influence of the Episcopal faith on Roosevelt's life.

An entire chapter is devoted to Endicott Peabody, the headmaster of the Massachusetts-based Groton School, whom a young Roosevelt revered as a "spiritual father." According to Woolverton and Bratt, the Social Gospel he learned at the Episocpal prep school and beyond were just one aspect of what shaped his political decisions and ultimately helped explain how the boy who lived his first 14 years of life in wealth and privilege in Hyde Park, N.Y., became a champion of social justice.

The book came to fruition after Bratt, a professor emeritus of Calvin College, picked up the work left behind by Woolverton, an Episcopal priest, who passed away in 2014.

Former FBI director James Comey, who had a lifelong friendship with Woolverton, wrote the foreword. 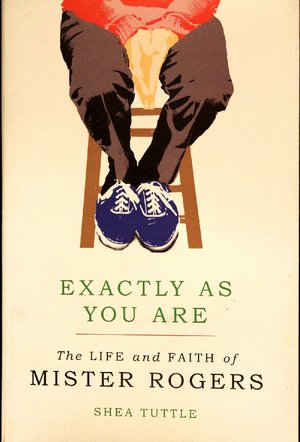 Exactly as You Are: The Life and Faith of Mister Rogers, by Shea Tuttle (Eerdmans, $23.99) 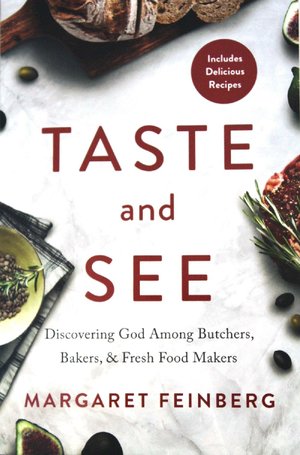 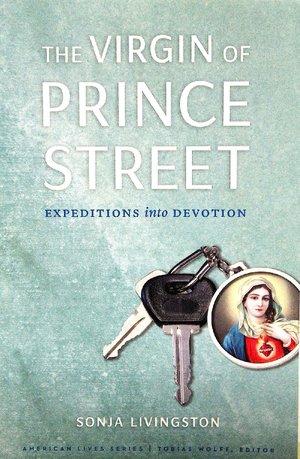 The Virgin of Prince Street: Expeditions Into Devotion, by Sonja Livingston (University of Nebraska Press, $17.95) 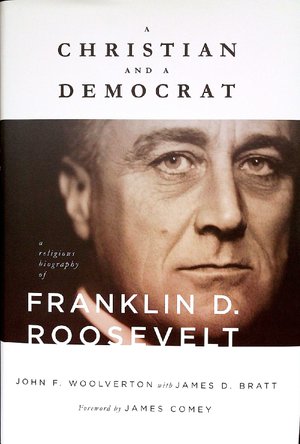 A Christian and a Democrat: A Religious Biography of Franklin D. Roosevelt, by John F. Woolverton with James D. Bratt (Eerdmans, $32)