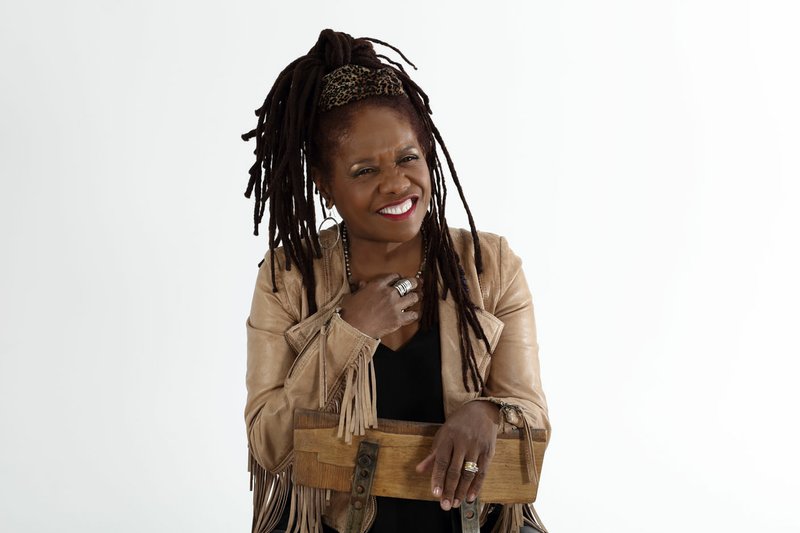 Courtesy photo "When you say Fayetteville, Arkansas, jazz does not come to mind. You know what I'm saying?" Catherine Russell reflects on her last visit to Northwest Arkansas nearly six years ago. "So I was very surprised and encouraged to see the enthusiasm of the community for jazz, and particularly traditional jazz. We're kind of a marginalized group in jazz, so it's just nice that we were accepted so warmly."

Another exciting Grammy winner returns to the Walton Arts Center a day later on Dec. 6. Not a holiday show, but seeing jazz/blues singer Catherine Russell perform will be an exceptional early Christmas gift for those who nabbed tickets before the show sold out.

With a mother who held advanced degrees from Juilliard and the Manhattan School of Music, and a father who was Louis Armstrong's musical director, Russell emerged from an impressive pedigree to establish herself as a celebrated and sought after musician in her own right. She's appeared on more than 200 albums and toured with names like David Bowie, Levon Helm and Paul Simon. In fact, on the day of her chat with What's Up!, she'd been in the studio with indie/bluegrass singer/songwriter and one third of I'm With Her, Sarah Jarosz.

"The genre, to me, is less important than the quality of the material. So I like working with everybody that's good because I always learn," Russell says cheerfully about her studio freelancing.

On this mid-November day, the singer has more than her side-work to be cheerful about. Russell's seventh and latest studio album, "Alone Together," earned a Grammy nomination for Best Jazz Vocal Album the same morning as our phone call.

"Well, first of all, I don't record with that in mind," she says of the recognition. "I just go in and record what I love to record with the people that I love to record with. And it's very gratifying when other people like it, too. You know what I'm saying? 'Cause when you do what you like, you don't know if people are going to receive it well or not. So it just kind of puts a little wind in the sails when things are recognized like this."

"Alone Together" is Russell's second consecutive album to be nominated for the honor -- following 2016's "Harlem On My Mind." Though she's inspired by all types of music, and enjoys collaborating with other musicians in the studio, Russell's own work remains rooted in early and traditional jazz.

"It's always evolving because it's a music that musicians inspire each other in the moment," she muses. "That enables it to keep living and breathing. And, of course, each new generation wants their own identity connected to the music. People don't want to do what their father did, what their grandfather did, for the most part. So, these days, you have a lot of composing. And sometimes they compose with the roots of jazz incorporated in it, but sometimes it doesn't have anything to do with swing or blues or the roots. It's not based in rhythm.

"That seems to be more of the focus these days in education and in the climate. And in education, also, there are not a lot of places, if any, where people are trained in the history going back before bebop," Russell continues passionately. "Basically, students are trained that jazz started with Miles Davis and Charlie Parker and Dizzy Gillespie, and they don't go back further than that.

"That's my motivation, and that is what I will do because that's what I love," she concludes assuredly. "As far as my personal expression, I would definitely preserve and promote and continue to live through the early forms of jazz."