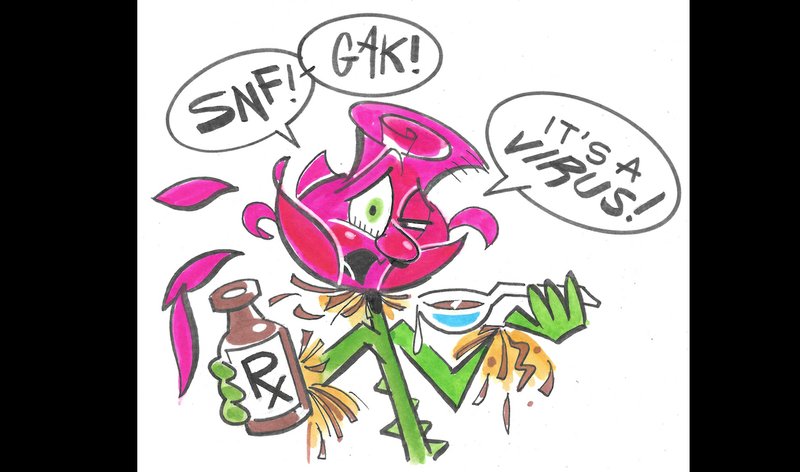 (Special to the Democrat-Gazette/RON WOLFE)

Q Some thoughts about rose rosette: I do not disagree with anything in your recent article on rose rosette virus. I have grown roses in Blytheville since 1960 and even with trees growing and spreading shade over the beds, I still have well over 100 hybrid teas, many on "Fortuniana" rootstock. Of course, I have had to deal with rose rosette during this time. It has never been a major outbreak, just an instance or two any year. In the beginning, I dug up the plants and promptly disposed of them. But then I attempted cutting the infected cane at the graft, and that has almost always been successful. When I have replaced a plant, I have promptly replanted with another rose and have never seen infection in the new rose, not immediately or later. So I'm guessing that roots left in the ground after removal do not graft to the roots of the new plant. I have seen far more rose rosette in Knock Outs than in all other cultivars combined. Perhaps this is because it is more widely planted, but I suspect it is more susceptible. I hope these comments are helpful to you. 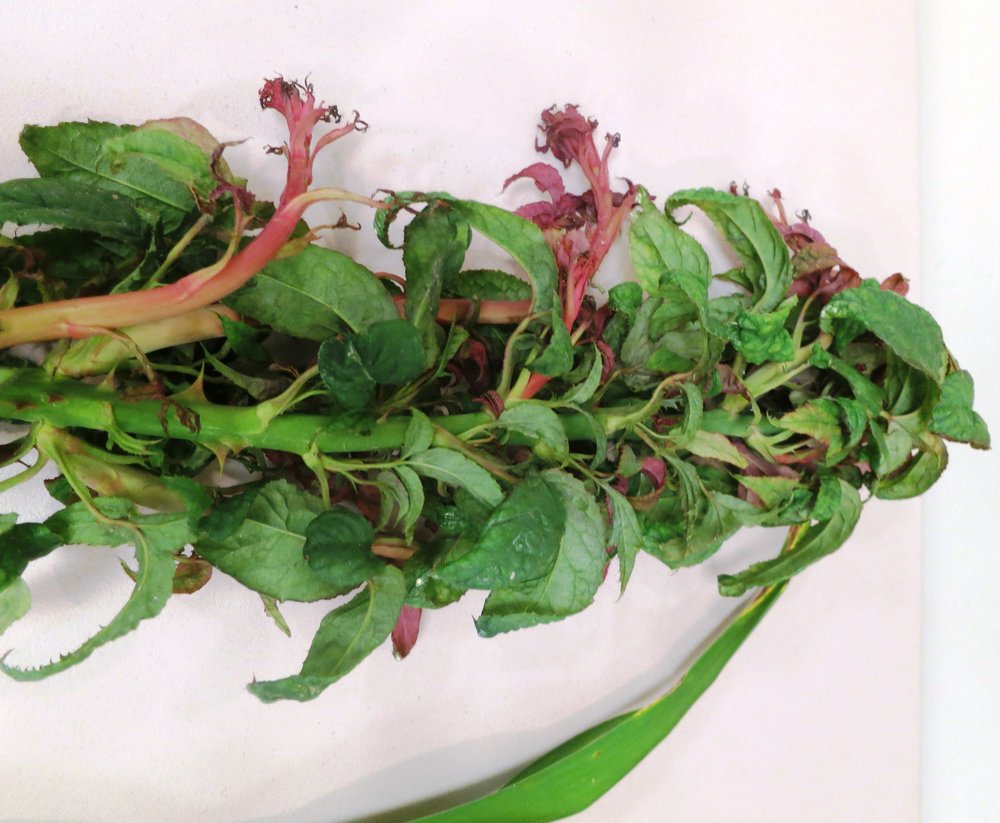 Rose rosette virus is commonly seen on Knock Out roses, in part because Knock Outs are so commonly seen. (Special to the Democrat-Gazette/JANET B. CARSON)

A I appreciate your opinions. I do think the sheer volume of Knock Out roses makes them seem to be more susceptible, but I am not sure they are any more prone to rose rosette than others. I do think the lack of pruning on Knock Outs, especially severe pruning such as most rosarians do on hybrid teas, is also a mitigating factor. I would tend to side with you about replanting, but that is not the recommended, research-based opinion. "The area can be replanted with a non-rose species immediately. It is not recommended to plant rose species in this area until all remaining roots from the diseased roses are removed." I do not think the theory is that the rose roots will graft to another plant but that any roots left in the soil could begin growing again, and as the virus is systemic, they would be a source of the disease. I think from your remarks that you take rose growing quite seriously and monitor your plants on a regular basis. Catching a problem quickly and cutting the branch out, or removing a plant immediately, helps to prevent the spread of the disease. Closely planted roses (Knock Outs are often used as foundation shrub plantings) allows the mites that spread the virus to move to the next plant quite easily. Many gardeners never notice the problem until all the plants are infested. Researchers are working on rose rosette resistant varieties and hopefully will find some soon. 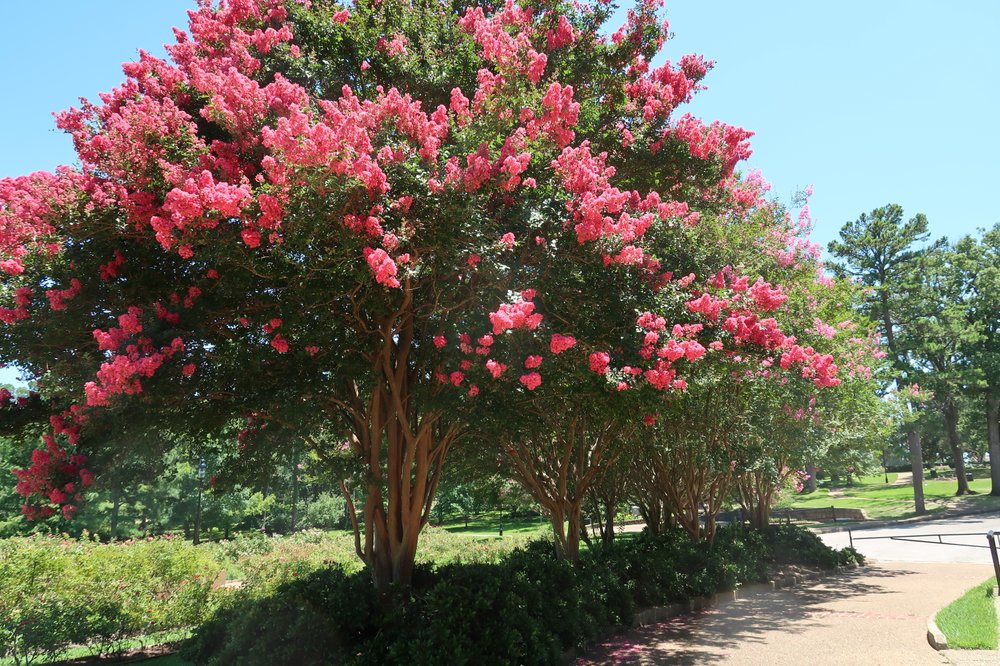 Crape myrtles do survive heavy pruning, but late September is not the best time to ask them to. (Special to the Democrat-Gazette/JANET B. CARSON)

Q I have several crepe myrtles that, due to limited late winter pruning, have gotten too large. I would like to reduce their size by about half. Will they survive such a drastic pruning?

A Crepe myrtles are resilient plants and will come back after a hard pruning — look at all the butchered plants that come back every year. Pruning them hard now is not the best idea. It has been hot and dry and some plants are struggling. They will grow back some but not much this late in the year. If you can wait until late February next year that would be best. But if you need to prune now, the less severe the better. If you have to take them back by half now, make sure you keep them watered. 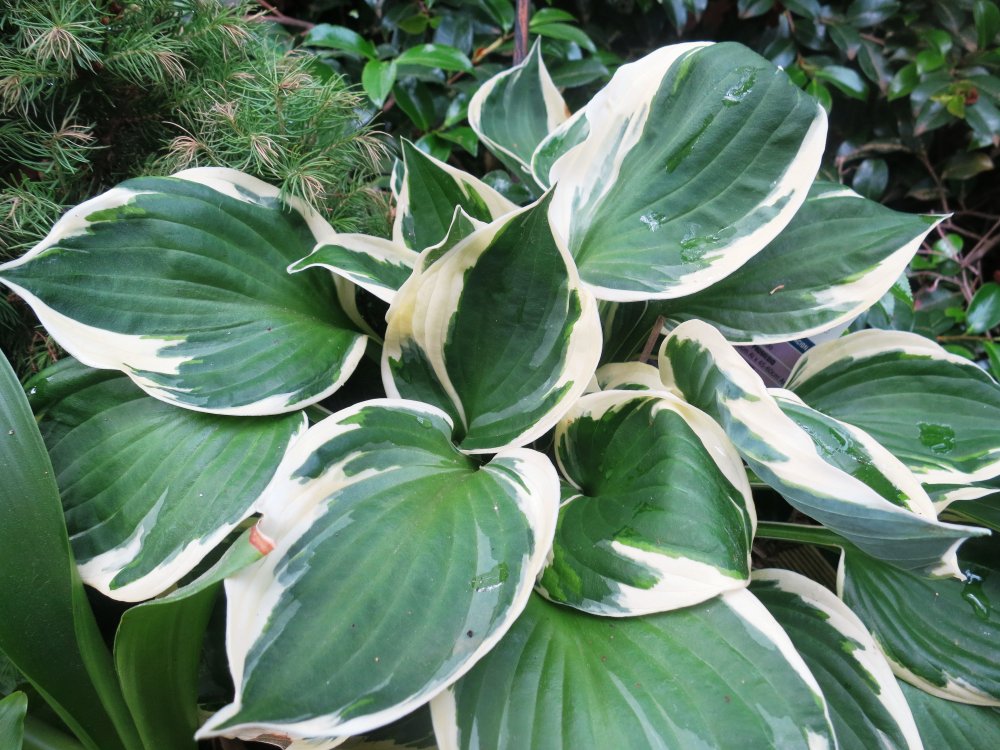 Crowded hostas can be dug and divided in the fall. (Special to the Democrat-Gazette/JANET B. CARSON)

Q When is the correct time of year to divide and move hostas? I have some that are very crowded.

A Hostas can be divided either this fall as they are going dormant or in the spring as they emerge. If you have time, I recommend fall, since the plants will spend all winter re-establishing a root system and be ready to take off next spring, but either time is fine. 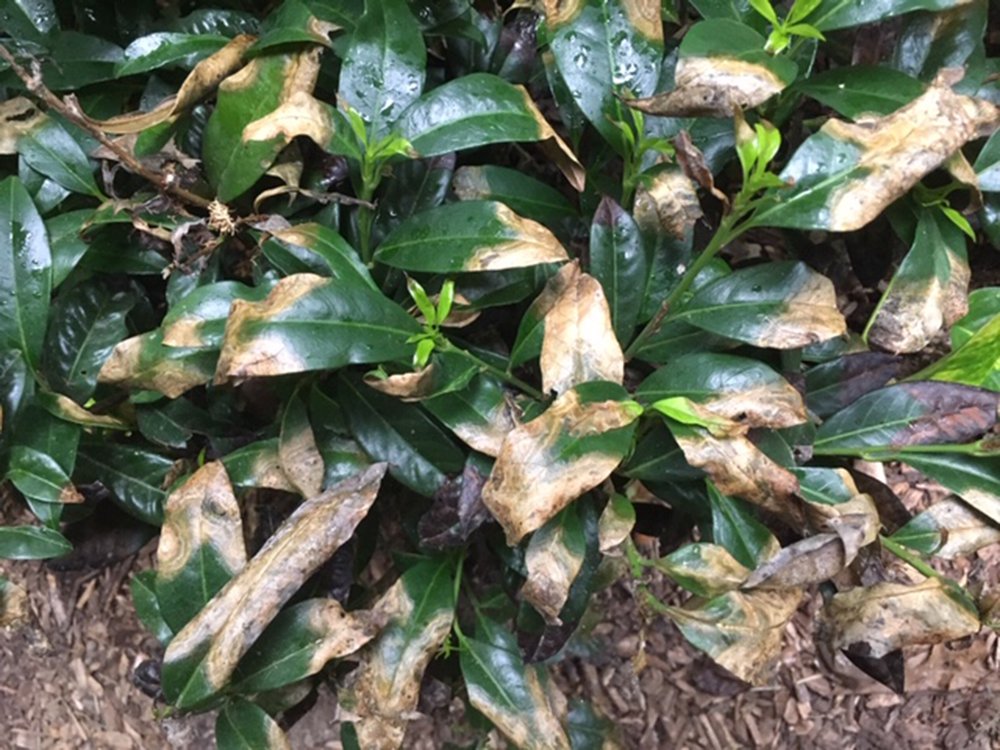 This cherry laurel's leaves have been burned, possibly by excessive fertilizer or lawn chemical overspray. (Special to the Democrat-Gazette)

Q I planted cherry laurel this past spring. It has developed brown edging on the leaves. What can I do to correct and return this plant to better health? Your wisdom is appreciated.

A From the picture, I would say your plants have been burned by something. Have you sprayed any chemicals or used any fertilizer? I do see some new growth coming on, but it, too, appears to have some burned edges. I would not use anything around these plants for the rest of the year but water. Keep them watered to leach out whatever burned them and give them a haircut next spring to get the damaged foliage off. Cherry laurels are tough plants, so once you figure out what burned them, hopefully, you can prevent a recurrence and they will grow happily.