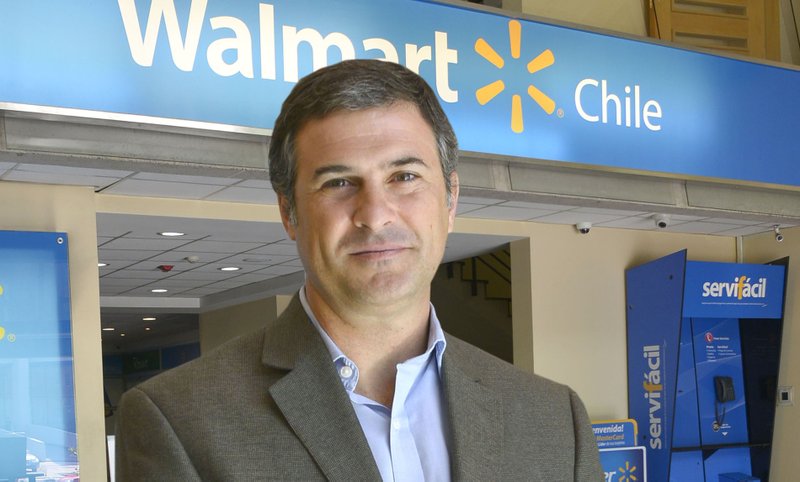 Walmart Inc. has named a new head of its operations in Canada, one of its key international markets.

The retailer said Horacio "Haio" Barbeito will take the chief executive spot in October, pending work authorization, to replace Lee Tappenden, who is leaving the company.

Barbeito is currently president and chief executive officer of Walmart Argentina and Chile. He joined the Bentonville retailer nearly 25 years ago as a trainee buyer after four years at Deutsche Bank AG in Argentina, according to a news release. With Walmart, he has worked in replenishment in Argentina and the U.S. and in supply chain and store operations in Puerto Rico. He's held his current post since 2015.

"During his time in Argentina and Chile, Haio has led the business to consistently deliver strong performance while at the same time focusing on people through digital talent acquisition, talent development, and diversity and inclusion -- resulting in increased engagement across the business," Dirk Van den Berghe, regional CEO for Asia and Canada, said in the release.

Tappenden's career at Walmart started in 1996 at its U.K. subsidiary Asda, and he progressed through the company in roles within the U.S., Japan and Canada. Before becoming Walmart Canada's president and CEO, Tappenden was the division's chief operations officer and chief merchandising officer.

Tappenden will work with Barbeito through October, the release stated. He will then work with the international support team focusing on global sourcing and supplier leverage until his departure from the company on Jan. 31.

Walmart entered the Canadian market in 1994 with its purchase of the Woolco chain of department stores. Based in Mississauga, Ontario, Walmart Canada had 411 stores -- mostly Walmart Supercenters plus 70 discount stores -- as of July 31, and employed about 104,250 people as of March, according to Walmart's corporate website. In addition, its e-commerce site, Walmart.ca, gets 600,000 visitors daily, the website states.

Although Walmart doesn't break out revenue figures for its international markets, Canada is among its four largest, along with Mexico, China and the U.K. In Walmart's second-quarter earnings report, the company said that despite softening economic conditions in Canada, its net sales there grew 0.4% over the same quarter a year earlier. Sales at stores open at least a year, considered a key indicator of a retailer's health, rose 1.2%.

Improved margins in categories such as food, consumables and health and wellness boosted the Canadian unit's gross profit rate, the company said. However, this was partially offset by the sale of Walmart Canada Bank on April 1. That sale, along with minimum-wage increases, caused operating expenses to grow faster than net sales in the quarter and lowered operating income.

Walmart President and CEO Doug McMillon said in an earnings presentation that the retailer is expanding its services in Canada.

"We continue to roll out grocery pickup and will make this service available in nearly half of our store base by year-end," he said. "We're also expanding our partnership with Instacart for grocery delivery." Walmart Canada began offering same-day delivery at some locations through Instacart in September 2018.

Brett Biggs, Walmart's chief financial officer, added that "despite this tough retail environment, [Walmart Canada is] continuing to innovate and refine our store offer, including the opening of a new urban supercenter format during the quarter, which will provide customers with a blend of omnichannel shopping convenience along with third-party licensed shops, faster checkouts and an enhanced food-service offering."