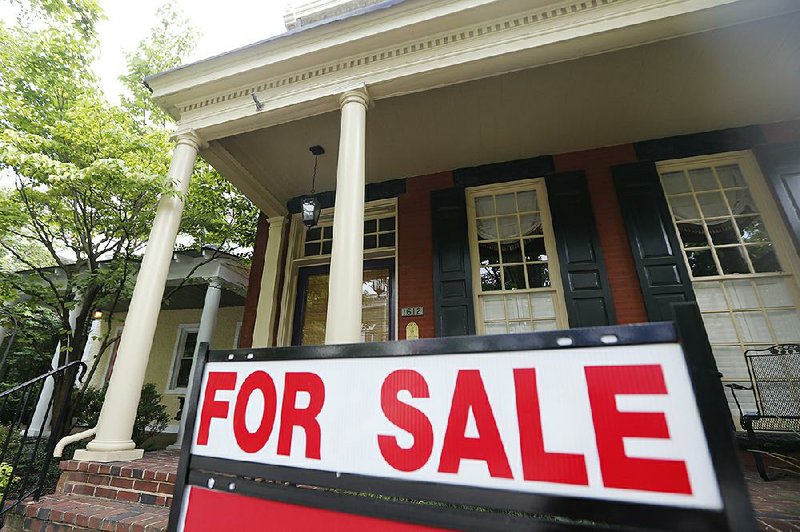 This week’s low 30-year mortgage rate is an encouraging sign for would-be homebuyers, but sales are being hampered by a dearth of starter homes like this one Thursday in Richmond, Va.

"This is great news for buyers since lower mortgage rates make buying much more affordable," said Daryl Fairweather, chief economist for Redfin real estate brokerage. "Home prices have gone up just three to four percent in the past year, which in combination with low rates increases affordability."

However, while lower mortgage rates are overall positive, Fairweather points out that they aren't happening in a vacuum.

"We can expect to see sales increase but maybe not as much as they would have with such low rates because of fears of a global recession and a recession in the U.S.," Fairweather said. "Those recession fears may hold some buyers back."

Also, while the drop in borrowing costs should be making purchases more affordable, competition is heating up for entry-level properties, driving prices further out of reach as starter homes vanish. Buyers of pricier homes can more easily take advantage of low rates because they have access to a deeper pool of inventory. Cheaper mortgages are also helping current borrowers who want to save a little money.

Sales of previously owned homes, sluggish for much of this year, rose in July to a five-month high, the National Association of Realtors said Wednesday. But purchases priced below $100,000 fell more than 10% from a year earlier, while they soared in every price category above $250,000.

At the same time, the supply of homes listed for less than $200,000 declined 10% from the previous July, while those with asking prices of $750,000 and above jumped almost 7%, according to Realtor.com.

Moreover, Fairweather said that low mortgage rates have flooded the refinance market, which means it's taking longer to get a purchase application approved.

"Home purchase demand is up five percent from a year ago and has noticeably strengthened since the early summer months, while refinances surged to their highest share in three and a half years," Khater said in a statement. "Households that refinanced in the second quarter of 2019 will save an average of $1,700 a year, which is equivalent to about $140 each month."

The refinance share of mortgage activity -- representing 62.7% of all applications -- "was also at its highest level since September 2016," said Joel Kan, the association's associate vice president of economic and industry forecasting. "Purchase applications fell more than 3 percent, but were still 5 percent higher than a year ago."

U.S. stocks have rebounded this week after a plunge last week that was triggered when the bond market sent out a signal that a recession could be on the horizon. Still, markets around the world continue to be raked by anxiety over the U.S.-China trade war and slowing global economic growth.

Investors fleeing stocks to the safety of bonds have sent bond interest rates to record lows. The yield on the key 10-year Treasury note -- which influences rates on long-term mortgages -- ticked up to 1.59% Wednesday from 1.56% late Tuesday. It briefly dropped below the 2-year Treasury's yield for the first time in a week.

That rare so-called inversion of the Treasury yield curve has accurately predicted the past five U.S. recessions.

Investors are looking ahead to a speech today by Fed Chairman Jerome Powell for clues about possible interest rate cuts.

Information for this article was contributed by Michele Lerner of The Washington Post, by staff members of The Associated Press and by Prashant Gopal of Bloomberg News.