• Reality television star Todd Chrisley and his wife Julie entered innocent pleas to tax evasion and other federal charges that their lawyers said stemmed from false allegations made by a former employee. The Chrisley Knows Best stars entered the pleas Wednesday during their initial court appearance before a federal magistrate judge in Atlanta. The judge agreed to release them on $100,000 unsecured bond, which means they don't have to pay anything unless they fail to show up for court dates. A 12-count federal indictment filed Tuesday accuses the Chrisleys of tax evasion, conspiracy, bank fraud and wire fraud. The family moved to Tennessee a few years ago, but the criminal charges stem from when they lived in Atlanta's northern suburbs, U.S. Attorney Byung J. "BJay" Pak said. The indictment accuses Todd, 51, and Julie Chrisley, 46, of submitting fake bank and financial statements to financial institutions to get loans. They're also accused of using a company they'd created called 7C's Productions to hide their television show earnings from the Internal Revenue Service and failed to file and pay taxes on time, the indictment says. Attorneys for the Chrisleys said the former employee, an accountant, fabricated documents in revenge for being dismissed. "You know we stand in our faith, and we stand for what we know is right," Todd Chrisley told reporters as they left the courthouse. "You know our family will stick together, walk this rope because we know God will take our hand and take us through." The series has aired on USA for seven seasons and recently premiered a spinoff called Growing Up Chrisley, featuring his kids Chase and Savannah, who move to Los Angeles.

• Cicely Tyson will join the cast as a series regular in Ava DuVernay's new romance anthology series on OWN, Cherish the Day. The network said this week that the 94-year-old legend will play Miss Luma Lee Langston, a star of stage and screen in decades past. She joins previously announced leads Xosha Roquemore and Alano Miller. The series, which premieres in 2020, will chronicle the lives of one couple per season, with each episode spanning a single day. It's DuVernay's second series on OWN since the creation of Queen Sugar. Roquemore plays Gently James, Luma's live-in assistant who is encouraged by Miss Luma Lee to strike up a romance with Evan Fisher, played by Miller. DuVernay is the creator and executive producer. 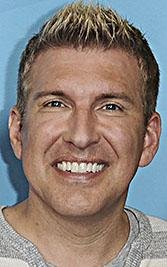 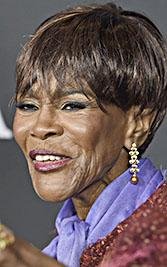