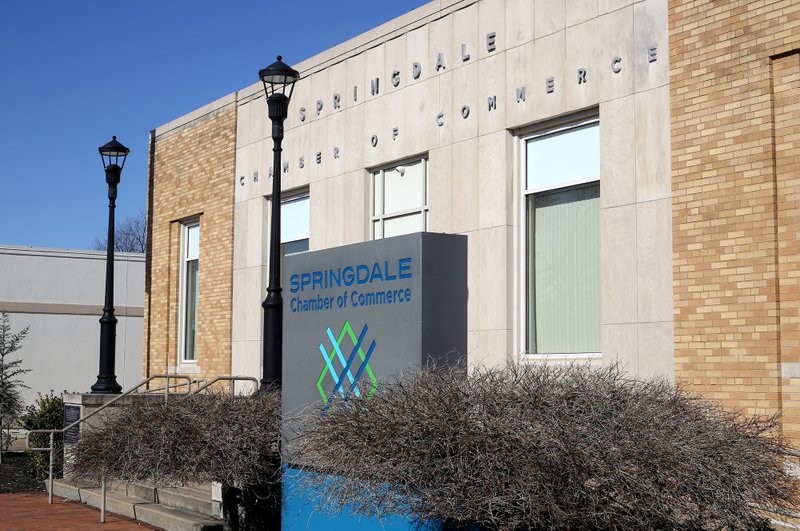 SPRINGDALE -- Explore Springdale. That's the message the Springdale Chamber of Commerce shares with visitors and residents, alike, on a new mobile app that shares its name with its message.

The app lists restaurants and hotels and links to the businesses websites. Another tab provides a calendar of events.

"We're all about putting heads on beds," said Bill Rogers, vice president of communications and special projects for the chamber. "So, we're promoting the city any way we can."

Chambers of commerce have provided information through magazines and pamphlets for years, Rogers said. Today, many people prefer to take advantage of the tool that's right in their hands.

The chamber is joining the growing number of organizations using mobile apps. Statista, a research source for business, reports 178.1 billion apps were downloaded worldwide in 2017 and expects 258.2 billion in 2022. Four million apps are available from the Apple App Store and the Google Play Store.

Doc4 Design, the company administrating the Springdale app, reported 228 downloads since its July 16 launch, said Brooke Morgan, director of communications for the chamber.

The 750 employees of Walmart's recently opened call center in Springdale were among the mobile app's first users. The retailer moved the center from Bentonville to Springdale to make room for its new headquarters. Rogers said the newcomers can use the app to find a place for lunch, find a place to gather after work to hear live music and more.

"They were all working in Bentonville," he said. "They aren't familiar with Springdale. They reached out to us, and this was a tool we were able to give them."

Morgan said the chamber plans more focus on the app as Bikes, Blues & BBQ and the craft fairs bring thousands of visitors to the region.

Jayson Janda, the area general manager for Holiday Inn and chairman of the city's Advertising and Promotion Commission, sees families and fans coming in for baseball tournaments checking the app for places to eat.

"But the big takeaway is that it is for people who live here, too," Rogers said. "We can send push notifications, for example, if Rise & Rally is canceled because of rain."

A push notification is an automated message sent by an app to a user even when the app isn't open.

Chamber officials hope submissions for the Events section grows. Currently, events by Downtown Springdale Association, the chamber, the rodeo and The Jones Center are listed. Rise & Rally is a car show on the third Saturday morning of the month on West Emma Avenue. The event is sponsored by the chamber.

Sponsors can add events to the list by contacting the chamber. The app includes a section for contact.

"I would like a single app that would send notifications," said Bayleigh Jones, the EAST teacher at Springdale High School. "I have no idea what's going on in my city, and I'm pretty involved."

Rogers said the features of the app will improve with time. "App development is hard," he said. "You have to figure out what you want on it."

Perhaps a map and filters to narrow a search may be added, he said.

Taylor Hasley, a consultant with Startup Junkie, said an app is considered successful if people use it on a regular basis. To continue success, the content needs to be locally engaging. Startup Junkie is a no-cost consulting firm for local entrepreneurs.

Taking a quick review, Hasley mentioned the local content, images and events page as strengths. He said it rates five stars on the Apple App Store.

A check of the Apple App Store finds apps similar to Explore Springdale put out by the Fayetteville Chamber of Commerce and the Downtown Bentonville Association. Rogers sponsors an app, but it's dedicated to city services.

The Bentonville group launched its app two years ago. Data show visitors use it to find AirBnBs and attractions, said Andrew Heath, executive director of the association. Listings include the Amazeum, Crystal Bridges Museum for American Art, the Boys & Girls Club and vacation Bible schools. The app gets an average of 100 downloads a month and has recorded 8,750 since its launch, Heath said.

"But we don't promote it for tourism," Heath said. "It's more to take care of the people in this city. There are so many different things going on. It's a one-stop shop for people as they walk around the square."