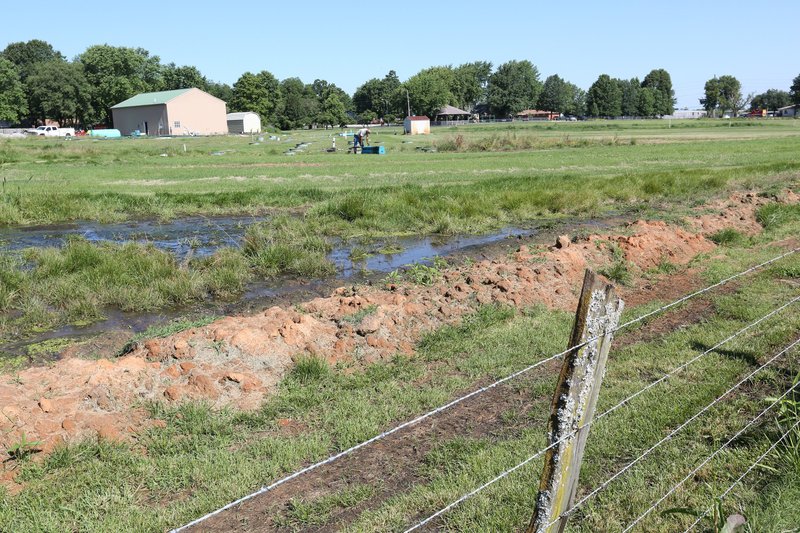 Under Arkansas Code Annotated 8-4-103, it is unlawful for a person to purposely, knowingly or recklessly cause pollution of the waters or air of the state in a manner not otherwise permitted by law and thereby create a substantial likelihood of adversely affecting human health, animal or plant life, or property. Violation of this section of Arkansas law is punishable by up to five years imprisonment and up to a $50,000 fine or both.

Smith said he reviewed documents from the Arkansas Department of Environmental Quality and Bethel Heights residents showing the city's wastewater treatment systems have been improperly processing wastewater and have been allowing contaminated water to run off onto neighboring private property.

Smith sent a letter to Mayor Cynthia Black telling her she was in violation of state law by allowing water or air pollution that could adversely affect human health, animal or plant life or property. Conviction is punishable by up to five years in prison and up to a $50,000 fine, the letter says.

Smith said the mayor and other city officials can be held criminally liable if the city fails to cooperate with ADEQ and clean up the waste.

Bethel Heights must abide and follow the law, Smith said. People are being deprived of their property because of waste from the city, he said.

Phone calls to Black and Robert Rhodes, an attorney acting as a spokesman for the city, weren't returned Thursday.

"I think it's a step in the right direction," said Joe Brooks, whose family owns property adjacent to the wastewater treatment plant. "But all their malicious and illegal activities are not out in the open yet."

Brooks and several other families allege the city releases untreated water onto their land and into their ponds.

Bethel Heights released a statement on its website last week denying allegations the city operates its wastewater treatment plant outside of its permitted limit. It attributes test results showing high fecal levels to the livestock operations on private land adjacent to the treatment plant.

Smith's letter directs the city to ensure fecal coliform levels released from the facility are within the bounds of the permit granted to the city by the state. Smith said the city must meet the deadline of 90 days given by the state.

Bethel Heights' two wastewater treatment plants have operated for at least five years out of compliance with their permits, according to records from the state. Violations have included wastewater pooling on the surface, treated water released with levels of contaminates much higher than the city's permits allow and failing to report levels of contaminates to the state.

The department sent the city a letter July 24 giving officials two days to come up with an interim plan to get its sewer problems under control. That statement also acknowledged the Aug. 9 deadline imposed by the department in May for the city to develop plans for a permanent solution.

Environmental Quality said Monday afternoon the city submitted an interim plan for improvement and a plan to inform residents about the situation and unsafe conditions.

The communication plan submitted by the city includes the statement of denial on the website.

Brooks and other residents living near some of the treatment fields have started petition drives to consolidate the smaller town into Springdale, allowing Springdale to take over wastewater treatment. Bethel Heights has about 3,000 residents.

Leaving one city for another will require petitions filed in favor of the change in both cities. Each of the two cities' petition must have signatures of at least 15% of the number of voters in the last mayoral election. Then voters in each of the two towns would have to approve the change. A simple majority vote in each city would pass the measures.