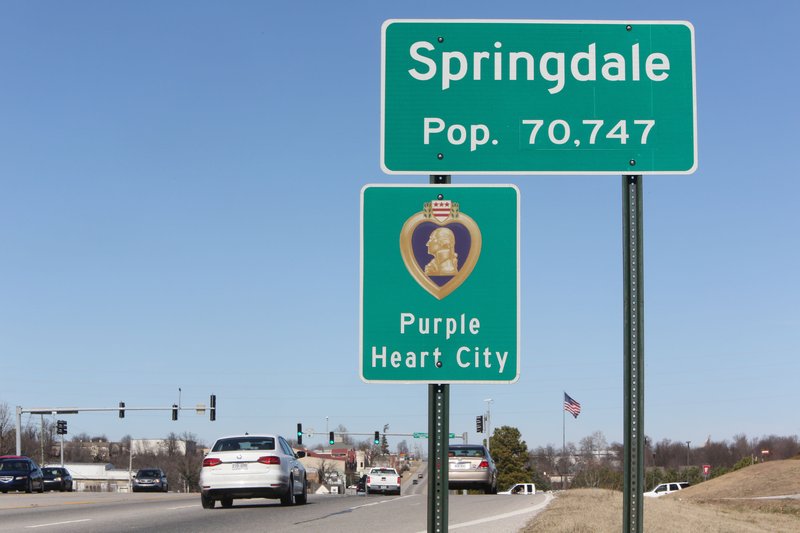 SPRINGDALE -- The city has taken a few more steps on Dean's Trail through the eastern part of town.

The city learned this week it received a $500,000 grant for construction of the trail from the Arkansas Department of Transportation, Brad Baldwin, the city's director of engineering and public works, told members of the Trail Committee on Wednesday.

• Fitzgerald Mountain: Signs in design. Possible routes for connection to Razorback Greenway under consideration, according to NWA Trailblazers.

The state also allowed the city to transfer a $500,000 grant for use on Dean's Trail previously awarded for another project, he said.

The city now has $1 million to build Phase 2 of the trail, with a tunnel under East Robinson Avenue as the main feature.

Jeff Webb, a project manager for Garver Engineering overseeing the construction of the trail, estimated the cost to build Phase 2 would be $1.47 million.

In addition, Garver will complete its work on Phase 1 this month, Baldwin said. The city will officially open that part with a ribbon cutting in just a few weeks.

The grants came from federal money administrated by the state in its Transportation Alternatives Program.

The Transportation Department this spring allowed the city to rededicate the money to Dean's Trail, Baldwin said.

Each of the Transportation Alternatives Program grants must be matched at 20 percent by the city, but Baldwin expressed no concern about raising the $47,000 to finish Phase 2. He expected the construction project will open for bids late this year.

Webb said Garver presented 90-percent finished plans of the Phase 2 to the city planners and engineers earlier this week.

Webb showed the route for Phase 2. It shows the trail starting at the terminus of Phase 1 at Oriole Street. The trail would run behind and west of Fire Station No. 5 and under East Robinson Avenue. The construction would also include sidewalks attaching the trail with sidewalks on the north and south sides of Robinson.

On a conceptional drawing of Phase 3, Webb showed the trail continuing its southerly route on the west side of School District property at J.O. Kelley Middle School.

Mayor Doug Sprouse suggested perhaps Phase 2 should include the typical 12-foot sidewalk of a trail along the street from the tunnel to the front of the school.

"Especially if there's going to be a long funding gap between Phases 2 and 3," he said.

"With the use of federal dollars, Phase 2 is going to have to connect with something," noted Patsy Christie, the city's director of planning.

Dewey Johnson, who owns the property directly west of the school, said the proposed trail would cut his property in two.

Another property owner was concerned about his property on Clear Creek Drive. He told of construction stakes placed in his yard.

Webb said the city still had time to fine tune Phase 2. He also said the trail drawing for Phase 3 was strictly conceptual at this point. The firm still must survey the land features before design, he said.

Baldwin assured the resident the stakes were marking where utility lines run underground in preparation for the survey work.

"There are still a lot of moving parts," said Dean LaGrone, vice chairman of the Trail Committee.