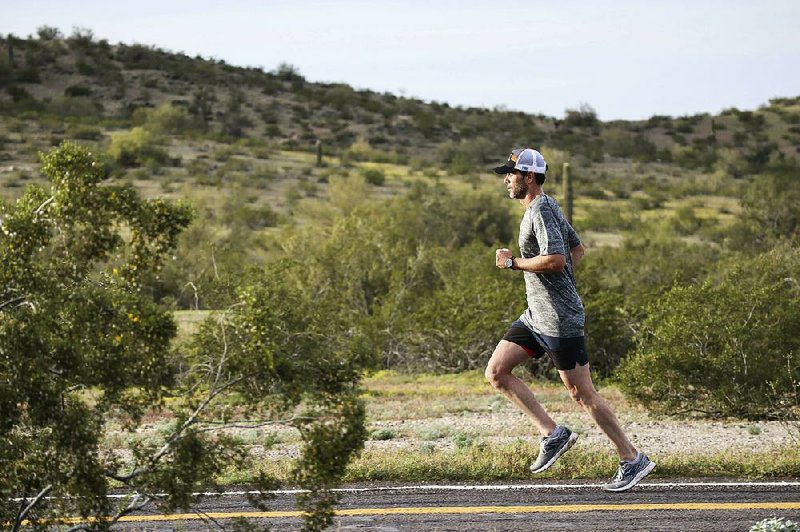 BOSTON -- Just because he won't be surrounded by 3,300-pound cars traveling at more than 200 mph doesn't mean Jimmie Johnson will be able to relax when he runs the Boston Marathon today.

If the seven-time NASCAR champion isn't thinking about his heart rate or his pace, he'll be concentrating on the conditions or the course or whether he is drinking enough water.

In that way, it's a lot like his regular job.

"If it's a lap time I'm trying to hit or a heart rate you're trying to hit, either way it's not comfortable," Johnson said during a break from the two-way training he has undertaken to get ready for a 26.2-mile footrace in the middle of the NASCAR season. "You're in very similar head space. It's shocking how similar it is."

An 83-time winner on the racetrack -- sixth most in Cup history -- Johnson has long been a fitness freak who swam in high school and has always run and cycled to stay in shape for driving. Now 43, he has a bucket list of athletic events he wants to complete. He has already knocked off a couple of mini triathlons and half marathons, as well as the Assault on Mount Mitchell, a 102.7-mile self-paced bicycle ride with a 10,000-foot vertical climb up a North Carolina mountain that he rode with Jamie McMurray and Matt Kenseth.

"Training is a part of every race car driver's life," said Johnson, who will wear bib No. 4848 as a nod to his No. 48 Chevrolet. "Certainly, getting ready for a marathon is more than the normal event. There's just a lot of miles required."

That was the biggest surprise, Johnson said, when he shifted his training from fitness to getting ready for a three-hour race. He has run up to 80 miles per week to get ready, though he tapered his mileage down to about 20 miles per week as he got closer to race day.

"It's not like I've not run before, but to increase the volume and the daily miles required. It's crazy what you put your body through," he said. "I'm enjoying this taper right now. But honestly, I've loved the experience and enjoyed all the pain and suffering that comes with it."

Fitting the training in with his driving has been a challenge that at times has required him to get up at 5 a.m. to run. He's used his travel schedule to his advantage, finding running paths near the track that provide the hilly terrain he needs to prepare for Boston's challenging course.

His competitors have noticed his running.

"Jimmie Johnson is crazy," Daytona 500 winner Austin Dillon said. "He's a seven-time champion and he still tries to come out here every weekend and kick everybody's butt. He's a different animal and I respect him for that."

Johnson ran the Daytona Half Marathon in 1 hour, 33 minutes, and is hoping to break 3 hours today.