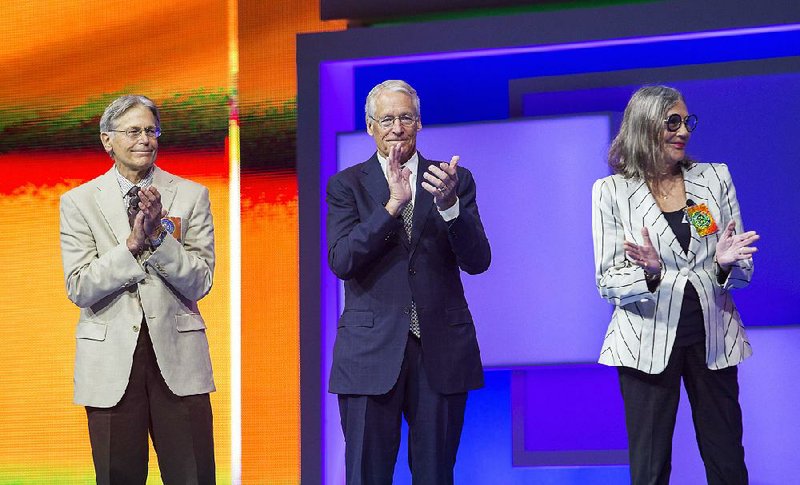 The implosion of blood-testing company Theranos Inc. hit the heirs of Walmart Inc. founder Sam Walton in their collective pocketbooks, but the loss of their $150 million investment in the Silicon Valley company amounts to little more than spare change for the Walton family, which has a combined net worth of about $174 billion.

To put that into perspective, the Theranos loss represents less than 0.09 percent of their total net worth.

A representative for the Walton family declined to comment for this article.

The Wall Street Journal reported Wednesday that Theranos is shutting down, about three months after founder Elizabeth Holmes and former chief operating officer Ramesh Balwani were charged with criminal fraud.

The company, at one time worth more than $10 billion, says it plans to distribute its remaining cash of about $5 million to unsecured creditors.

The Walton family, through its Bentonville holding company Walton Enterprises LLC, bought Series C-2 preferred shares in Theranos on Dec. 15, 2014, according to documents filed in a lawsuit by another investor. The purchases were made in separate transactions by two of Walton Enterprises' investing entities.

Court documents show the purchases were among those made in a round of venture financing between March 2013 and April 2015. At that time, Theranos was selling preferred stock for $17 per share, according to a law firm representing investors in a class-action suit against the company.

An investigation by The Wall Street Journal published in October 2015 called into question many of the claims Theranos was making about its blood-testing and diagnostic technology. As these revelations came to light, business partners like Walgreens distanced themselves and investors began filing lawsuits.

The Securities and Exchange Commission filed civil fraud charges in March against Holmes and Balwani. Holmes quickly settled with the SEC, agreeing to pay $500,000 in fines and penalties. Balwani is contesting the charges.

Theranos isn't the first tech firm investment to go bust for the Waltons. They had an 11 percent equity stake, through Madrone, in solar-panel maker Solyndra when it filed for Chapter 11 bankruptcy protection in 2011. That company had raised nearly $1 billion in private-equity financing.

Madrone invests directly in private companies as well as venture capital and private-equity funds, with a focus on alternative energy technologies and China. It has made investments outside its core focus, however. In a 2007 joint transaction with a group affiliated with Goldman Sachs Capital Partners, Madrone bought a minority stake in hotel owner Global Hyatt Corp. The equity investment totaled $1 billion, but the size of Madrone's stake was not disclosed.