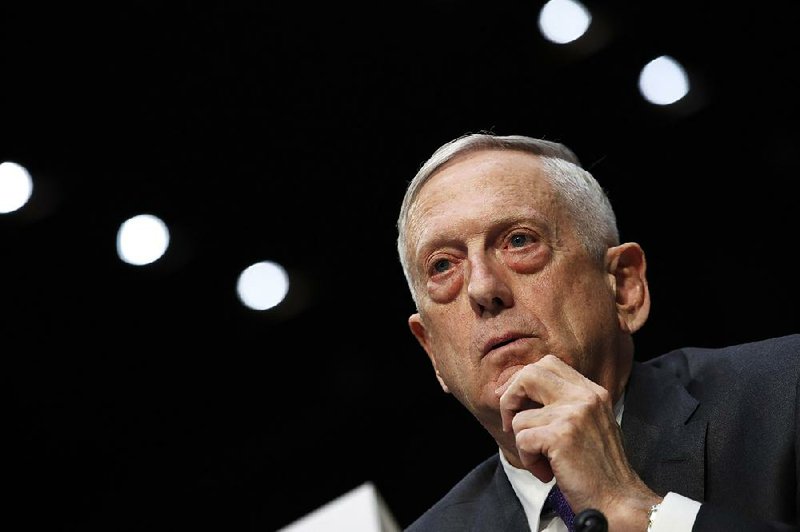 Defense Secretary James Mattis on Saturday conveyed the message that the killing of Jamal Khashoggi was both a human-rights issue and a national-security concern for nations in the Middle East.

Mattis suggested the killing threatened to undermine stability in the Middle East in his first substantive comments on a cascading geopolitical crisis that risks rupturing Saudi Arabia's relations with the West.

The defense secretary made the remarks at a security conference in the island kingdom of Bahrain, across a bridge from Saudi Arabia, shortly before Saudi Foreign Minister Adel al-Jubeir decried what he said was a rush to conclusions before the investigation's completion.

Since Khashoggi disappeared at the Saudi Consulate in Istanbul on Oct. 2, Saudi officials have issued an evolving series of narratives.

On Thursday, Saudi Arabia appeared to acknowledge that its agents had killed the dissident Saudi journalist in a "premeditated" operation but have not implicated top officials, including the de facto ruler, Crown Prince Mohammed bin Salman.

Mattis said Secretary of State Mike Pompeo would be taking unspecified "additional measures" in response to the killing beyond the revocation of U.S. visas for certain Saudi suspects. The administration, however, has so far been reluctant to join calls by European allies and others for harsher measures against Riyadh, including the possible halt of arms sales.

Above all, Mattis pushed the message that the Khashoggi killing was both a human-rights issue and a national-security concern for nations in the Middle East.

"When opposing voices can be heard within a political process adapted to each nation's culture, one that permits peaceful opposition by giving voice and human rights to all, a nation becomes more secure," Mattis said.

Mattis made no move to directly blame Saudi Arabia and did not refer to the calls from members of Congress to cut off arms sales or impose sanctions on the kingdom. But his broader mention of the matter toward the end of his speech underscores the serious national security ramifications the incident poses for relations with a key U.S. ally.

"With our collective interests in peace and unwavering respect for human rights in mind, the murder of Jamal Khashoggi in a diplomatic facility must concern us all greatly," Mattis said. "Failure of any one nation to adhere to international norms and the rule of law undermines regional stability at a time when it is needed most."

He added that he will continue to consult with President Donald Trump and Pompeo as they consider the broader implications of the matter.

Without calling out Saudi Arabia by name, Mattis suggested Khashoggi's death threatened to stir greater instability in the Middle East at a critical time. The Middle East is struggling to cope with brutal conflicts in Syria and Yemen, a political divide between Gulf nations and Qatar, and what Mattis described as malign activity from Iran across the region.

Saudi Arabia is not only the biggest importer of American arms but also a critical partner in the administration's Middle East agenda, which includes stabilizing Syria, brokering a peace deal between Israel and the Palestinians, pushing back against Iranian influence, finishing off the Islamic State in Syria and Iraq, and bringing an end to the war in Yemen.

Mattis' comments stood in contrast to the wait-and-see approach taken by al-Jubeir, the Saudi foreign minister.

"This issue has become fairly hysterical," al-Jubeir said. "I think people have assigned blame on Saudi Arabia with such certainty before the investigation is complete. We have made it clear that we are going to have a full and transparent investigation, the results of which will be released."

Al-Jubeir didn't directly answer a question about whether it was credible for the Saudi leadership to suggest the crown prince would have been unaware of a large-scale operation involving more than a dozen agents to target Khashoggi in Istanbul.

After the investigation, he added, "we will know the truth."

"We will put in place measures to stop it from happening again," he said.

In a speech last week, Erdogan called on Saudi Arabia to extradite any suspects for a trial in Turkey. He has argued that the rulers of Saudi Arabia face a conflict of interest in overseeing any trial because the killing was ordered and directed from within the Saudi government for political reasons.

Al-Jubeir's remarks Saturday amounted to a rejection of Erdogan's request for extradition. The suspects are Saudi citizens and will be prosecuted in Saudi Arabia, he said.

The Turkish government has argued that it should prosecute the crime because the killing took place in Turkey and consular employees "do not enjoy legal immunity in the case of grave crimes" under the 1963 Vienna Convention on Consular Relations, according to a Turkish official.

"It would be best for the reputation of our Saudi friends that the court proceedings take place in Turkey," said the official, who spoke on the condition of anonymity to discuss the government's internal deliberations.

Despite raising Khashoggi's killing as a cause for concern, Mattis trod lightly when criticizing Riyadh and did not go as far as Trump, who said Saudi Arabia's response to the journalist's disappearance amounted to the "worst cover-up ever."

The Saudi journalist and author, who contributed to the global opinions section of the Post, entered the Saudi Consulate in Istanbul to pick up paperwork he needed to marry his Turkish fiancee.

Saudi officials have sought to contain the damage of the resulting scandal by arresting a number of Saudis, firing senior officials and restructuring the nation's intelligence agencies. Questions, however, have persisted about what the 33-year-old Saudi crown prince, a target of Khashoggi's criticism, knew about the operation in Istanbul.

Trump has repeatedly said that he wants to get to the bottom of what happened but doesn't want to jeopardize the United States' relationship with Saudi Arabia, and in particular, the major arms purchases by the Saudi armed forces.

Mattis underscored the position in his speech in Bahrain, backing the administration's "twin imperatives" of protecting America and holding accountable those responsible for the killing.

The U.S. defense secretary said the United States' respect for the Saudi people went undiminished, but added that "with our respect must come transparency and trust."

"These two principles are vital for ensuring the continued collaboration we know is necessary for a safe, secure and prosperous Middle East," Mattis said.

During his speech, Mattis also called for an end to the war in Yemen but did not address the humanitarian impact of Saudi airstrikes that have led to civilian atrocities and famine in the embattled nation, where a Saudi-led military coalition has been facing off against Iran-backed Houthi rebels since 2015. An estimated 10,000 people have died, with 8 million more threatened by famine.

The United States provides limited military backing to the Saudi-led coalition in the Yemen campaign, including aerial refueling and intelligence support. Mattis and others have said the U.S. is providing key support, and that the assistance is helping the kingdom improve its targeting.

"All wars must eventually end, and the tragedy of Yemen worsens by the day," Mattis said. "Enough time has been spent on the subordinate issues; now is the time to move forward on stopping this war. In November, we must start negotiating the substance of the issues. Compromise must replace combat, and the people must have peace to heal."

Still, the defense secretary backed the justification for Saudi Arabia's intervention in Yemen.

"I reiterate U.S. support for our partners' right to defend themselves against Iranian-supplied Houthi attacks on their sovereign territory, and at the same time, call for an urgent end to the fighting," he said.

Information for this article was contributed by Paul Sonne and Kareem Fahim of The Washington Post; by Lolita C. Baldor of The Associated Press; and by Ben Hubbard and David D. Kirkpatrick of The New York Times. 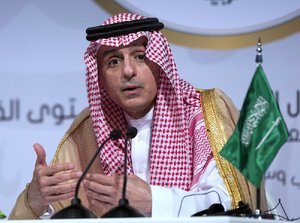