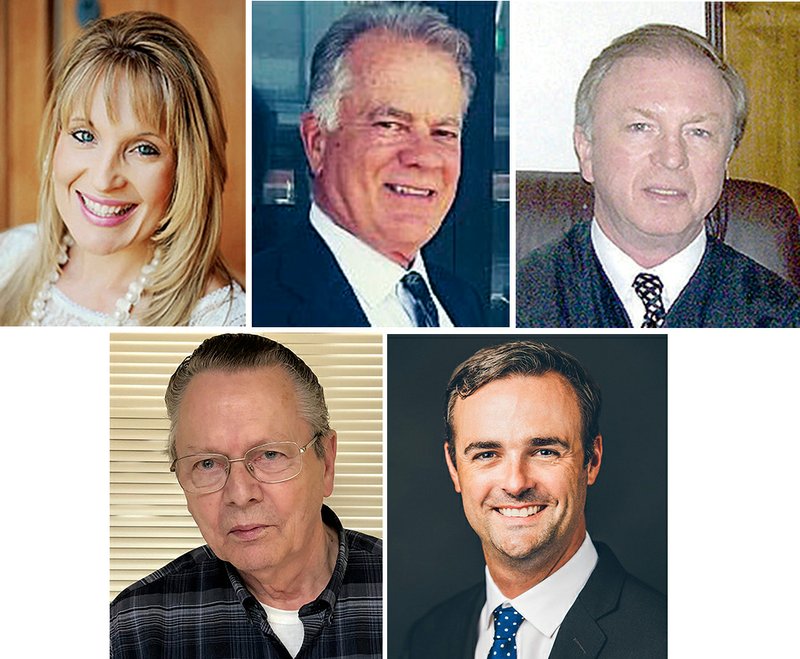 BENTONVILLE -- Four candidates running for mayor agree the city needs an animal shelter and more information is needed to solve the Lake Bella Vista dam issue, but they disagree about how the city should address affordable housing.

Education: Bachelor’s degree in broadcast journalism from the University of Arkansas in 1997 and a master’s degree from Missouri State University in Springfield, Mo., in 2002

Residency: Grew up in Vaughn, moved to Bentonville at age 18

Political Experience: Elected to City Council in 2014, re-elected in 2016, resigned earlier this year after moving out of the ward he represented

City officials and community leaders have been talking about the increasing need for affordable housing, especially in and around downtown, for several years.

The federal Department of Housing and Urban Development defines affordable housing as "housing for which the occupant(s) is/are paying no more than 30 percent of his or her income for gross housing costs, including utilities."

Candidates said there's lack of affordable housing, but two said incentives for developers should not be part of the solution.

"It's a definite concern," said Orman, a self-proclaimed conservative and supporter of the free market. "I think it falls on supply and demand and development, not so much on the city. I'm a big believer in looking at issues and trying to understand them and seeing if there are things out there that make sense. But it has to be a fair playing field for all, and that's always the way I'm going to look at it."

Orman is the director of social media and community involvement with McLarty Daniel Automotive Group in Bentonville.

Turner, a longtime barber, said he would be against developer incentives.

"If they want to build, they're going to have to build and take the same risk as anyone else who builds," he said.

Webb is of a different opinion and said many opportunities exist for the city to partner with private entities.

"I've talked with some developers, and I do think some incentives make sense in order to spur not only affordable housing but other projects, as well, like parking downtown," he said.

Webb is a senior national account manager for Walmart and Sam's Club businesses at Backyard Discovery and Step2 in Bentonville.

Skaggs, who spent a couple years working for a building contractor after finishing law school, said the city needs to cooperate and encourage developers, which can include offering incentives.

The four candidates said they need more information before they can decide on a long-term solution for the failed dam at Lake Bella Vista.

Turner said he believes the matter will eventually be settled in court, but if the clause wasn't applicable he'd like to see the lake remain.

"What I'm afraid will happen is in dry times there won't be enough creek water that runs through there," he said. "We'll have stagnant ponds. I've see that down there before years ago, and it's a mess."

Skaggs said the dam should be removed and the creek restored if it could be done legally and ethically.

Skaggs, a former City Council member, was the only one to vote against the design contract for a new dam when it was presented in December 2015. He argued more due diligence was needed to know if the debated clause was forever binding.

Webb said he'll work with those advocating for a creek restoration and Cooper Communities to find a good solution. He said he leans toward dam removal.

"That's a really tough situation, but I definitely think we can find some common ground," he said.

Orman said she'd like to know the maintenance costs of potential solutions and she has questions about the conveyance agreement. She was reluctant to say which solution she'd prefer.

"My decision will be made on what is best for the taxpayer dollar," she said. "That's where I'm at with it."

All four candidates said it's time for Bentonville to have an animal shelter, citing common benefits such as being able to better manage it and have more control over it.

Turner said it would be more financially efficient in the long-run.

The city contracts with Centerton to use its shelter for lost and stray dogs found in Bentonville. Bentonville paid Centerton $300,000 for a three-year contract as well as $100 per animal taken to the shelter. The contract began May 1.

Each candidate also has an initiative or two of their own they'd like to implement if elected mayor.

Skaggs said he'd like to host laid-back monthly meetings where residents could talk with him about whatever issue they'd like. It would be an effort to make the city government more approachable.

"Right now, we have a top-down, more of a traditional city government," he said. "That needs to be turned upside down. We need to have far more input. We need creativity that comes with discussions from citizens."

Keeping with the theme of communication, Orman said she'd like to implement a program where residents submit concerns about issues anywhere in the city. Those submissions would be sent to department heads then prioritized and addressed. Residents could see the progress on each issue, she said.

Turner would push to ensure more safety on the city's ever-growing trail network. He said he'd like to put call boxes, equipped with cameras, along the trails. Someone who was in trouble or need could contact law enforcement or emergency services.

They would be similar to ones on the University of Arkansas campus, he said.

"The city is all out for trails, but I've never heard one city councilman, [Mayor Bob] McCaslin or anybody else, talk in consideration of safety," Turner said. He said he's heard of several instances of people being assaulted or injured on the trails.

Webb said his top priority is making sure money is spent as efficiently as possible and that first-responders are equipped with what they need as the city continues to grow.

The city has to grow responsibly, especially when it comes to street infrastructure, he said.

"We have to have smart growth and make sure we're not turning a 10-minute commute into a 30-minute commute," Webb said. "I'll work with state agencies and organizations to make sure we are flowing traffic as most efficient as possible."

Candidates have publicly faced questions in two forums sponsored by the Greater Area Bentonville Chamber of Commerce. The Rotary Club is hosting a third forum at noon Wednesday at the Community Center at 1101 S.W. Citizens Circle.

The mayor's position serves four-year terms, and there's no limit to how many terms one can serve. The salary for the position is $132,954.