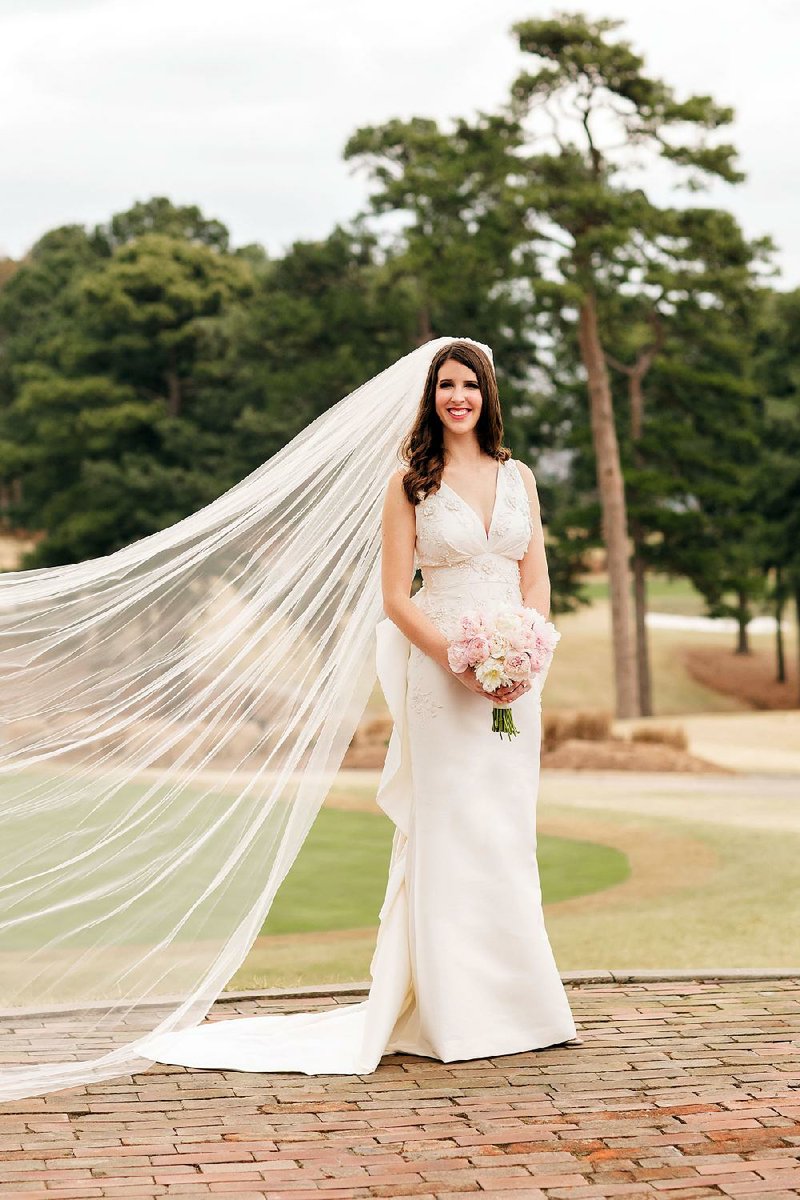 The bride, given in marriage by her father, wore an Italian silk-taffeta gown embellished with taffeta flowers and embroidery. She carried a gathered clutch bouquet of peonies in shades of pink.

The bride's honor attendants were Laura Dodson Ritchie, sister of the bride, and Olivia Corinne Geels, both of Little Rock. Bridesmaids were Allison Barnes of Atlanta; Margaret Boyce, Mary Grace McDaniel and Melissa Gunn, all of Birmingham, Ala.; Sarah Dodson of Little Rock; Laura Dye and Caroline Pyron, both of Washington; Cathryn McAllister of Tampa, Fla., sister of the groom; Alli Mitchell of Memphis; and Laura Stephens of New York. They wore charcoal-colored chiffon dresses and carried bouquets of pink peonies.

A reception at the Country Club of Little Rock followed the ceremony. Guest tables were covered with smoke-colored linens and topped with various arrangements including platinum vases filled with blush and ivory peonies and crystal trumpet vases with white and pink roses and white hydrangeas. Other guest tables held branches of pink and white blossoms or crystal candelabra with floral arrangements at the base. Music was by The Soulsations of Memphis.

The bride has a bachelor's degree in art history from the University of Mississippi where she was a member of Chi Omega. She is a design assistant for an interior design firm in Houston.

The groom has bachelor's and master's degrees in accounting from the University of Mississippi. He is a certified public accountant and senior consultant at Deloitte Tax LLP.

After a wedding trip to Maui, Hawaii, the couple will live in Houston.