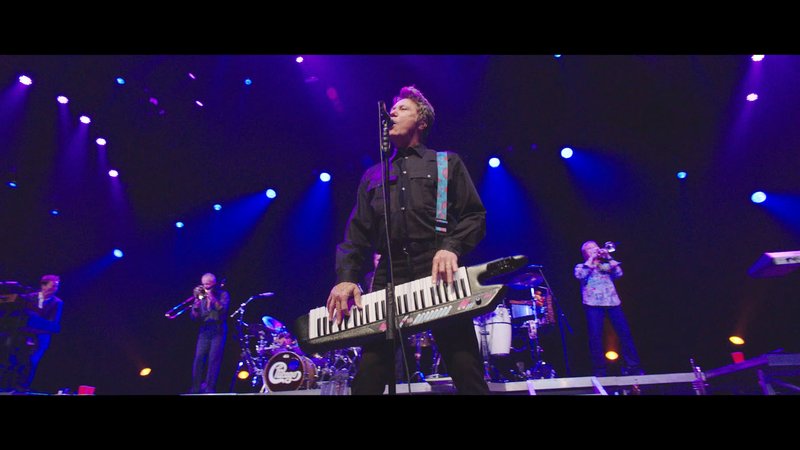 Courtesy photo In an unprecedented move for the iconic rock band, Chicago will play the entirety of the acclaimed 1971 album "Chicago II" on their tour with REO Speedwagon before performing an encore of the hits. Both bands come to the Walmart AMP June 26.

Coming off the longest break they've had in "years and years" -- a whole month -- rock gods Chicago returned to the road in May to make this their 51st consecutive year of touring together. Yep, let that sink in -- after five-plus decades and 36 albums together, the group Billboard has recognized as the "greatest of all time" American band in both singles chart success and album chart success is still rocking out.

"You would think that we'd be slowing down by now, but we're doing the exact opposite," says founding member and keyboardist Robert Lamm. Even on stage, Lamm promises, Chicago still holds up for two full sets on the tour where they're performing what they call "the longest encore ever."

"That's what we do," he says matter-of-factly in response to those who wonder how rockers with more than 50 years' experience have the energy to keep up this lifestyle. "The hardest part is the travel part -- getting there and getting through the day. I get up during the day and prepare for the show at night. So by the time we get to the show, I'm ready to go. I can do two shows!"

And two shows is just about what the Walmart AMP's audience will be getting when Chicago joins co-headliners REO Speedwagon (and special guest Michael Tolcher) on June 26. Following REO's set, Chicago will play their Grammy-nominated 1971 release "Chicago II" in its entirety for a performance unlike anything they've ever done. After a short break, they'll return to the stage for an encore of the hits -- making for an extensive night of rock 'n' roll.

"We never thought we were going to be able to play those songs again because they weren't hits," Lamm says of the tracks now considered deep cuts. "Now we've found that if you stay together long enough and the album has enough impact, it's possible that it has future legs."

Because they haven't played some of these tunes in nearly 50 years, Lamm reveals some fans think the band is playing new material. And while that's not true, between original members having to re-learn the music and the addition of a few new members -- singer Neil Donell, bass player Brett Simons, drummer Walfredo Reyes and percussionist Ramon Yslas -- Lamm says the group is feeling refreshed.

"I like seeing the different personalities come through. I like hearing it, and everybody has their own little feel. The basic feel of the songs remains the same, but you can see that [the new band members] are having fun, they enjoy being there. And they learn more of the intricacies of the songs as they're playing them along with us, rather than just remembering as a fan what the song sounded like. [Now] they can see from the inside, 'Oh, this is where this goes. Oh OK, I can add this over here.'

"We've been happy with the results of what we've been doing because you don't know for sure if anybody's going to like anything," Lamm continues. "It's been really cool that everybody likes it -- especially because it's this much time later [since the original release].

"We've had so many hits that we weren't able to play some of the more musical songs that we had put on the other albums. People consider those filler, and they would get up and go to the bathroom or get popcorn and stuff. And now, everybody's sitting there very attentive and listening, and it's very gratifying not only to play it but to have it listened to."