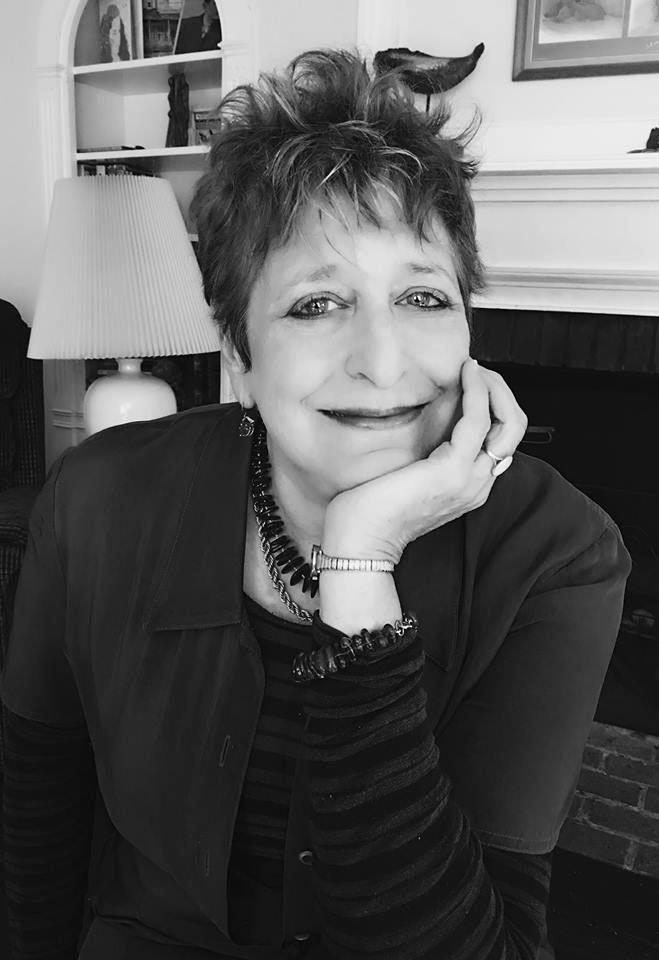 Courtesy photo "Go to the deep stuff, and then go have dinner, go work in the garden, go mix the cornbread: combine the wet and dry ingredients: 'The batter will be lumpy,' as they say," says Crescent Dragonwagon of life.

Crescent Dragonwagon is well known as an award-winning and popular author of children's books, cookbooks, novels and essays. But this year at TheatreSquared's Arkansas New Play Festival, she's striking out in a different creative direction.

"This will be the first time I've done a play," says the new playwright of her one-woman show, "Until Just Moistened: A One-Woman Show with Crumbs." "I've always loved theater as an audience member, from the time I was a little girl. My late father was a Broadway critic, so I grew up going to plays.

‘Until Just Moistened: A One-Woman Show with Crumbs’

For TheatreSquared, 2018 will mark a full decade of successful efforts to expose audiences to new work and support playwrights as they develop new plays at its Arkansas New Play Festival.

This year’s offerings include a wide variety of subject matter, including material written by and about under-represented groups.

“We’ve been making a concerted effort to hand the microphone over to folks who haven’t had it for a while, if ever,” he notes. “Theatre should be one continuous conversation among and between the many strands of experience that make up America and the world beyond.”

“Among the Western Dinka” by Russell Sharman — Roland Cole, eminent historian and chair of the African Studies program at a rural state university, is caught up in a scandal involving the creation of fake classes to pass star athletes, 2 p.m. June 10 at Crystal Bridges Museum of American Art in Bentonville; 3 p.m. June 16, at TheatreSquared.

“Black Book” by Austin Ashford — At Tolson High School, students are reeling from a recent incidence of violence — and a former Great Debater has arrived to teach a master class on public speaking, 11 a.m. June 10 at Crystal Bridges; 1 p.m. June 17 at T2.

“Crossing Mnisose” by Mary Kathryn Nagle — Sacajawea’s face appears on the U.S. dollar coin, but few know her full story as she guided the U.S. Corps of Discovery up the Mnisose — or what Europeans named the “Missouri River,” 7:30 p.m. June 14 at T2; 4 p.m. June 15 at The Record in Bentonville

“Staging The Daffy Dame” by Anne García-Romero — In the present, on the campus of a California public university, Lupe, a Latinx theater professor, directs a production of the 1613 Spanish Golden Age comedy, “La Dama Boba” (“The Daffy Dame” and the company grapples with the issues of race, class and gender raised by the play, 5 p.m June 10 at Crystal Bridges; 7:30 p.m. June 15, at T2.

"I think, as a writer, first of all, material sometimes dictates form -- sometimes, a subject itself will indicate for me whether it's a children's book or a poem or an essay or a blog post. ... There was a particular period of time -- and series of events -- in my life that didn't really fit into any of the forms that I wrote in. Because it didn't fit in, I started working with the idea of a performance."

That period of time was a dark one for Dragonwagon. Eighteen years ago, she and her husband, Ned Shank, were living in Eureka Springs and operating the popular bed and breakfast Dairy Hollow House.

"The great love of my life went out for a bike ride, got hit by a car and lost his life," she says. She had just finished her James Beard Award-winning cookbook "Passionate Vegetarian" and was scheduled to start work on a new cookbook, this one focusing solely on cornbread recipes. "The last thing in the world I felt like doing was going out and writing a book. I couldn't find that lightness in my heart, but I knew that was required for this book. Personally, I was really going through those deep questions about mortality and meaning. The person who is most important to you in your life suddenly gets yanked off the planet: What do you do, and how do you do it, and why do you do it?"

Dragonwagon finally threw herself into her work and found herself deep into research about Native American mythology and how it relates to corn and cornbread. Her studies brought unexpected enlightenment.

"In reading the mythology of corn, lo and behold, there are the questions of life, death, resurrection," she says. "It's the story of the world: death for life. There's a divinity in that, somehow. Here I am, dealing with my own loss, but in the long heartache of the world, my loss is not much. But any widow, any person who lost a person who they loved, particularly suddenly, will tell you that you're utterly in another world longer than you thought you might be."

She was able to complete her cookbook -- "The Gospel of Cornbread" -- and also came away from the experience with material that encapsulated the journey her grief was taking her on.

"It really is about love and life and death and cornbread," she says. "And now I'm turning it into an entertaining, theatrical piece with music. I'm attempting to combine all of those things with something you might sit down and look forward to having for dinner."

Dragonwagon is working with longtime friend and collaborator Bill Haynes, who is writing and performing music for her show.

"I couldn't have better collaborators -- TheatreSquared, [director] Shana Gold and my friend Bill," she says. "It's more collaborative than I'm used to working with. That's exhilarating and scary. But I've taught a workshop called Fearless Writing for many years, and the first part of that is always letting people know that fear is part of the process. If you're doing real work, you're never exempt from fear. You're always on the edge."

Though the show tackles big themes like death and grief, audiences should expect to encounter Dragonwagon's trademark wit and warmth along the way -- and, ultimately, an upbeat message: How to, Dragonwagon says, be "in love with the world, and [understand] that everything we think of as a gift is actually a loan, and [learn] to love anyway."