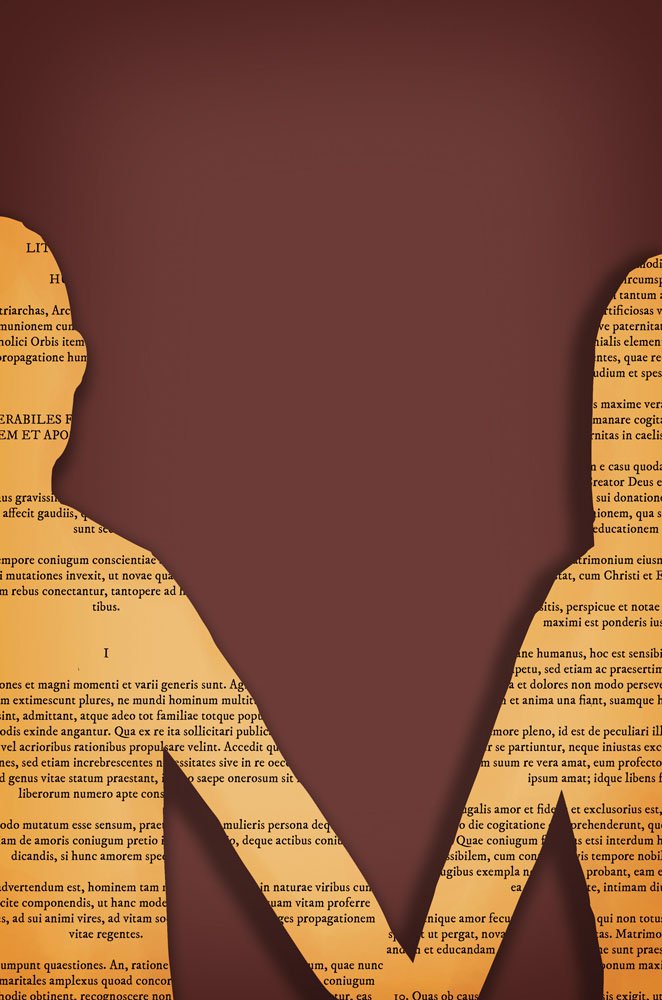 Humanae Vitae -- the encyclical issued by Pope Paul VI that reaffirmed teachings of the Catholic Church concerning marriage and family, the sanctity of life, sex within marriage and responsible parenthood -- reaches its 50-year mark Wednesday.

Released July 25, 1968, on the heels of the Second Vatican and among increasing use of Enovid -- the first birth control pill approved by the Food and Drug Administration in May 1960 -- Humanae Vitae condemned the use of artificial contraception.

Natural Family Planning Awareness Week, which is led by the United States Conference of Catholic Bishops, begins Sunday and falls on the week of Humanae Vitae's anniversary each year to highlight the encyclical during a national campaign that promotes education about the church's accepted forms of regulating birth.

While its teachings have been debated for decades, those who embrace the guidelines for marriage and parenthood outlined in Humanae Vitae say it has affected their marriages and lives in positive ways.

"We are obliged once more to declare that the direct interruption of the generative process [has] already begun," reads a portion of the document. "... Similarly excluded is any action which either before, at the moment of, or after sexual intercourse, is specifically intended to prevent procreation -- whether as an end or as a means."

In the text of Humanae Vitae, the pope expressed gratitude for the widespread input he received from married couples and experts during the drafting of the encyclical, but rejected any proposals to allow artificial birth control, citing points which he said "were at variance with the moral doctrine on marriage constantly taught by the magisterium of the Church."

"Few documents of the Church have caused a stir like this one of Pope Paul VI," the Rev. Erik Pohlmeier of the Little Rock diocese said in an article commemorating the 40th anniversary of Humanae Vitae -- which translates to "Of Human Life" -- in 2008.

"At the time it was widely expected that the Church would change a long-held teaching regarding contraception," Pohlmeier said. "The invention of the birth control pill was seen by many as revolutionary, as something clearly for the good of society. The Holy Father saw otherwise."

Pohlmeier, who is the diocesan director of faith formation, said his words then are just as relevant now, and spoke about what he called the "prophetic" aspect of Humanae Vitae.

"In the document itself not only did [Pope Paul VI] comment on the respect that should surround sexuality and the connection between the bond of the couple and the procreation of children, but he predicted that there would be consequences for separating those [aspects] and losing that sense of respect," Pohlmeier said. "The consequences that he predicted in the document were divorce and domestic abuse, a general breakdown of family morals, even government control of fertility. ... He was issuing a kind of a warning call."

"[Humanae Vitae] was intended to be and still remains a largely pastoral document talking about the issues that our society was going to face if we went down the road of ... intentionally separating [procreation] out from a unitive aspect," said Matthew Glover, a deacon and chancellor for canonical affairs for the diocese, which in part handles marriage permissions.

Glover said he and his wife, Brooke, practice the symptothermal method, one of the church's accepted natural family planning practices. The symptothermal method involves measuring and monitoring biological signs of a woman's body to chart fertility, such as her basal body temperature and cervical mucus, and to choose whether or not they would like to have sex while being open to the idea of becoming pregnant. The couple -- who has two children, ages 8 and 5 -- also teach the symptothermal method for the diocese.

"[Natural family planning] is helping guide people through difficult situations where society is maybe saying one thing about what the nature or role or purpose of sex is, and what conversely the church is saying that is, and I've found it to be very life-giving for me in my marriage," Glover said.

The Couple to Couple League is a Cincinnati nonprofit formed in response to Humanae Vitae that provides the training for the Little Rock diocese's teaching couples. Ann Gundlach, its communications director, said practicing natural family planning benefits couples, and spoke from personal experience practicing it from the time she and her husband married through when she entered menopause.

"I've never had to have a conversation with the doctor about how to plan my family," Gundlach said. "I've had my fertility charting to alert me to the health of my reproductive system. My charting let me know when I was in my 40s that my thyroid was a little low because I saw it reflected on my chart. ... I've never had to deal with a side effect, or the worry of a side effect, of hormonal birth control.

"People tend to think the church is out of touch and old-fashioned, and doesn't know what [it's] talking about regarding sex," Gundlach added. "They now know a lot about marital sexuality, and what it's meant to be and how good it can be, and how it's good for your marriage to live it out the way God designed us."

Robert and Evelyn Hart of Little Rock, both 63, say they also know about the strength of marriage through embracing natural family planning. Married 37 years in June, the couple has practiced the symptothermal method of spacing births during their marriage.

Fifteen years into their marriage, they earned their certifications through The Couple to Couple League to teach natural family planning and taught within the diocese for around 18 years.

"Successful use of [natural family planning] requires patience and it requires self-sacrifice," Gundlach said. "So when you grow in virtue and in peace with one another, well that helps you put up with his throwing his socks on the floor instead of in the hamper, or her being late all the time. There's just a myriad of ways throughout your whole relationship that benefit when a couple is successfully developing virtues from practicing [natural family planning]."

Robert Hart and Pohlmeier spoke about how the teachings laid out in Humanae Vitae transcend the Catholic faith and extend to basic respect for human dignity.

"What the Catholic Church teaches, what it believes is true, is not just for Catholics but for human beings in general," Hart said. "The bold choices [Pope Paul VI] made for Catholics [are] an essential part of our faith and truth, whether you're Catholic, or another faith, or of no faith at all."

"For the person of faith, it's that you understand God's role in humanity ... and certainly sexuality has to do with being human," Pohlmeier said. "So when someone like Pope Paul VI is speaking about this, he's not just saying, "OK, Catholics have to follow these rules. He's saying, 'This is what it means to be human.'"